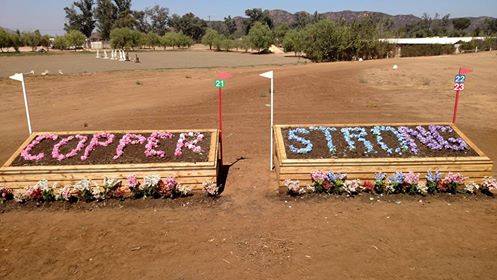 Following an announcement this morning from California Governor Gavin Newsom urging the cancellation or postponement of non-essential gatherings through at least the end of March, Copper Meadows Horse Trials (Ramona, Ca.) has announced it will not run this weekend in an email sent to competitors:

“The California Department of Public Health banned the non-essential gatherings of 250 or more people last night. And after checking the footing and the weather forecast (calling for more rain), the decision was made to not hold the event this weekend and look into the possibility of alternative dates.”

Copper had consolidated the weekend’s event into a two-day format in anticipation of heavy rainfall hammering southern California this week. Further updates will be provided on the status of postponement. The cancellation comes as the latest in a wave of equestrian events and other large group events that have announced postponements or abandonment as an effect of the worldwide spread of the coronavirus COVID-19. The NBA announced the suspension of its season following last night’s games, and Major League Baseball announced the suspension of operations this afternoon.

For more of the latest news on equestrian events affected by COVID-19, click here.