Cynthia Wiseman is an Area IV rider and coach for Stone Ridge Eventing in Springfield, Missouri. She made the decision to retire her long-time partner, Vote Yes, following the Nutrena American Eventing Championships last month. She's generously shared her parting words with us, and you won't want to miss them. Many thanks to Cynthia for writing, and best of luck to "Hampton" in his next chapter. 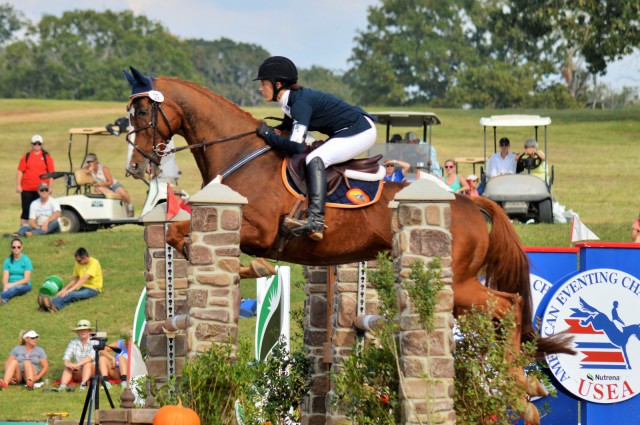 Cynthia Wiseman and Vote Yes at the AECs. Photo by Sally Spickard.

Funny how the stars align sometimes. A single roll of chestnut thread can carry more meaning than one could ever imagine.

The 2014 American Eventing Championships were our scheduled retirement. At 18 years of age, Hampton is still going strong, but it was time; time to share this amazing horse with the next generation and perhaps give him a chance to do what he loves even longer.

A bottom of the field dressage test was disappointing, but after walking the cross country course laced with difficult questions I knew our farewell performance would end as it should. This would not be a dressage competition. To quote my dear friend, Lacey Messick…”You got this.”  The following day my Rockstar galloped merrily around a championship Intermediate course as though it was Novice and suddenly we were sitting middle of a star-studded pack of big name riders, big name horses and talented amateurs. 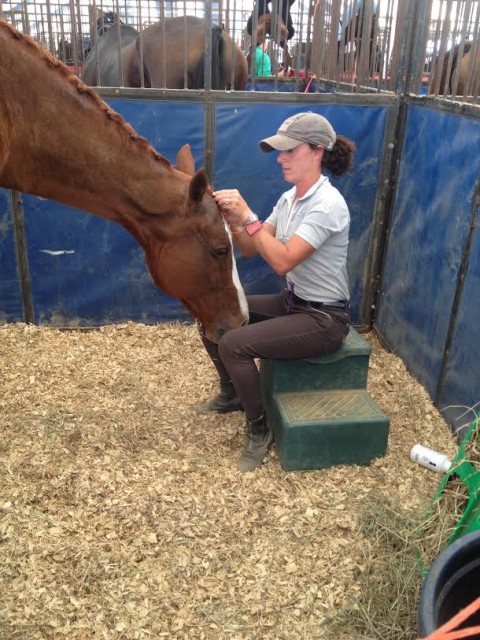 A long wait for show jumping gave plenty of time for reflection, and as I reached for that spool of chestnut thread to braid one final time it truly hit me.

Braid by braid, I remembered our career together; the rainy cool day in Virginia when we first met, the hell bent runaway gallop back to the barn on our first jump school, and the challenges of developing a partnership with an arrogant talented red head. Gradually, a mutual respect was formed and with that, a trust that made us a solid team and a formidable pair cross country.

Braid by braid, I recalled the thunder of his hooves, the power of his gallop, the quickness of his feet, the unity. How the pre-cross country nausea and nerves transitioned to a calm confidence as we entered the start box. This horse had always gotten us home safe, had never let me down. He was, by far, my most dependable partner, and as dangerous and daunting as this sport is, with him I felt safe.

Braid by braid, I reflected on the influential people in our career. Boo Donoho, who believed in me and believed in her red horse enough to “force” me to give him a chance. I am forever thankful for her trust in me and the opportunity to enjoy this once in a lifetime horse. John Staples, who taught me to trust Hampton, challenged me to ask for more and supported me through our growing pains. Julie Wolfert, who was influential in our final two seasons together and helped us further develop into a more polished team. She had no idea what she was getting into when she said “Yes” and am so thankful that she did. My husband, my daughter, my true friends who tolerated and supported my passion. 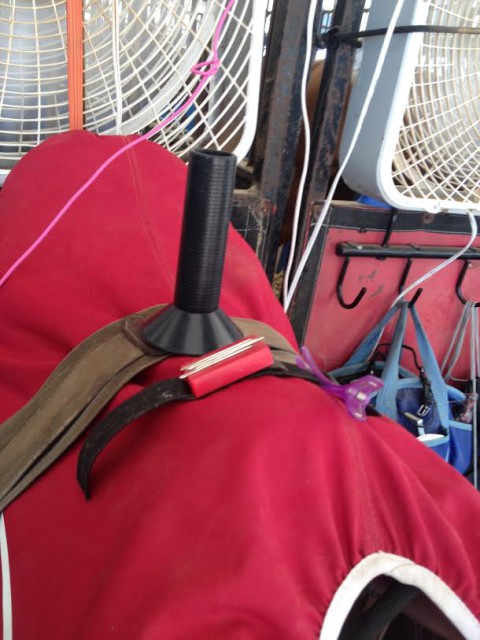 The final braid, and miraculously, the last little shred of chestnut thread. An empty spool.  Funny how the stars align. As I sat on that block with his head in my lap as that final braid was sewn in, the bond was evident.

As Emily Thorne so eloquently wrote, “Sacrifice demands the surrender of things we cherish above all else. Only out of the agony of those losses can a new resolution be born. An undying devotion to a cause greater than one’s self, and a moral duty to see a journey through to its absolute completion.”

Following the AECs, I passed the reins from the greatest horse I have ever had the pleasure to know to a budding Young Rider with NAJYRC aspirations. It’s tough to see the Red One galloping cross country without me, but it is the first time I get to witness his spirit, his heart, his love of the sport as a spectator. In my eyes, he is as spectacular from the ground as he is from the saddle and am honored that he let me share his passion with him.