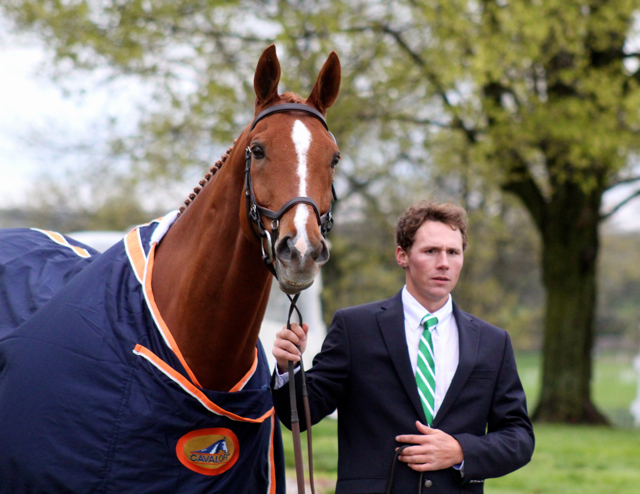 Daniel and Houston at Rolex in 2013. Photo by Samantha Clark.

Daniel Clasing and his 13-year-old gelding Houston (Reputed Testimony-Amnesty), debuted at the CCI4* level in 2013, snatching a 21st placing at Rolex Kentucky after an impressive double clear cross country round. Daniel and his girlfriend, Liv, a professional polo player, run a top-notch training operation in Maryland, where they focus on event and polo horses. This year, Daniel has tweaked his plan of attack on his path to Rolex and is eager to get the season rolling.

Houston enjoyed a lengthy break after Rolex last year, not competing again for the remainder of the year. This was entirely Daniel’s decision, as he felt it would be best to work on basics and mechanics before competing again. Daniel and Houston had four rails down in the show jumping at Rolex, and so Daniel took the opportunity to create a program where he could focus on perfecting technique and improving show jumping performance. “It was an opportunity to work on some things I wouldn’t normally do with Phillip,” Daniel said of working with his coach, Phillip Dutton. “I took (Houston) to some show jumping shows and just worked on my mechanics. When you’re preparing for an Advanced Horse Trial or a big three-day, it’s hard to work on a basic program. I hadn’t taken a break on purpose in awhile, so it was a great opportunity to work on other things.”

Daniel has also been working with dressage coach Mara DePuy on improving Houston’s gaits and lowering his overall dressage score. “(Houston) is a cross country star, but definitely a bit weak on the dressage and show jumping side. From a dressage standpoint, we’re always working to improve the quality of our horses and what they can put into a test. At Rolex, his score was representative of where his training was at the time. This year, I’m really hoping Mara comes with us, as I think that will make a big difference in helping us get ready.” 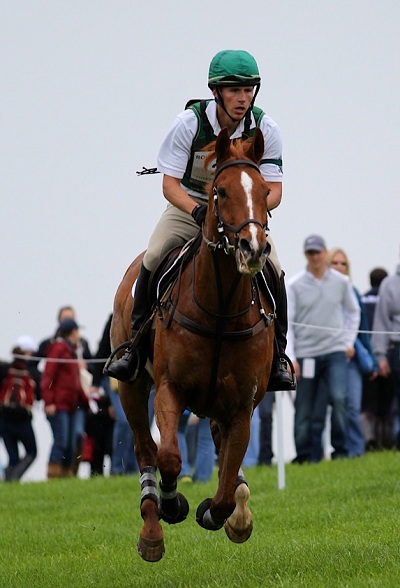 In his time spent going back to basics, Daniel has been able to notice a difference in his riding and how his horses respond. “It’s frustrating to work on mechanics and position, but I do feel that our show jumping is improving,” Daniel said. “Once you take what you were working on in the off-season and mix it in with your current program, you start to see results. I’m feeling like it’s much better now, and that he is responding to my half-halts better than he was last year.”

Going into his prep for Rolex this year, Daniel acknowledges that Houston tends to be a horse that is slower to start at the beginning of the season. He has made some changes to his routine, such as boarding at a barn with an indoor during the winter months and traveling to Aiken a month earlier to take advantage of better riding conditions. This enabled him to have more time to prepare Houston for early competition. Daniel also plans to up his warm-up game with the show jumping, as he felt that perhaps Houston was a bit too relaxed about the fences at Rolex.

When asked if his mental approach had changed at all since competing in his first Rolex, Daniel paused and thought for a moment. “I feel a bit less pressure this year,” he said. “Rolex is difficult because if you don’t make it, you wait a full calendar year to do an event like that again. But mentally, the goal is to treat it like any other three day. This year, having already done it once and having the competitions leading up to it mapped out takes a long a pressure off. The main goal, though, is to work on the quality of your dressage and jumping and not worry so much about the fact that it’s a four-star event. That helps take some of the pressure off of yourself.”