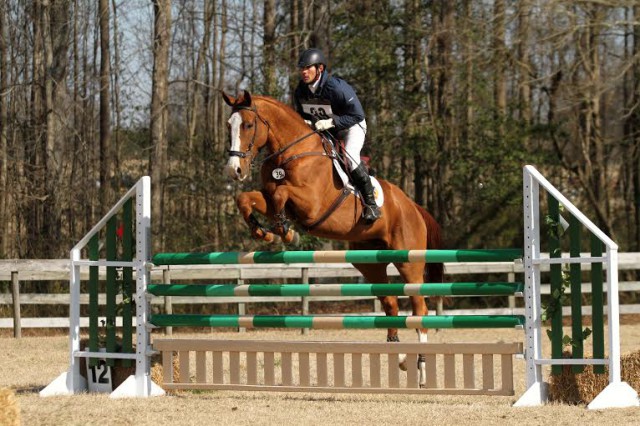 Daniel Sarango fell in love with Pollard Eventing when he met Michael and Nathalie Pollard for an interview in 2012. A former resident of Ecuador, Daniel was looking for an opportunity in the U.S., carrying dreams of competing at Rolex with him.

“The whole reason I am here is because of Michael and Nathalie,” Daniel said. “They are my direct sponsors in the United States. When I came to Pollard Eventing, it was only for an interview, but when I saw the facility, the farm, and the horses — it was incredible. I thought this was heaven, and I did not want to return home.”

Daniel first met with Katie Colemen (then Thornton), the barn manager at the time, and he knew it was a perfect fit. Daniel’s position with Pollard Eventing included riding, barn work, and helping with the breeding operation, Chatsworth Stud. He also filled in as a part time babysitter for Michael and Nathalie’s four children — an extra perk, no doubt.

Daniel previously competed to the two-star level in Ecuador, and is aiming to qualify for the Pan American Games in Toronto this year. He’s also got Rolex in his sights, but one piece that was missing was a horse to help him meet his goals.

“Michael and Nathalie are always helping me not only to train horses, but with everything else,” Daniel said. “Without telling me, Michael spoke to Carmac’s owner, Morgan Shaw, to see if she would allow me to ride him in order to qualify for the Pan American Games.”

“One day, just before Christmas (in 2014), Nathalie called me over and said Michael wanted to speak with me. Michael said, ‘Daniel, I have good news for you. I spoke with Morgan, and she has accepted the offer to let you ride him and aim him for the Pan Ams.’ That moment was the greatest Christmas gift of my life.”

The goal of representing Ecuador at the Pan American Games was not unfamiliar to Daniel, as he had previously been on the road to the Games in 2011. After beginning his competitive career as a show jumper, Daniel began eventing in 2010 and was selected for the Pan Ams with his mount, Don King.

Daniel’s goal of the Pan Ams was not meant to be, however, as Don King suffered a lesion in his right front tendon, canceling the trip to Guadalajara. Now, he’s able to revisit that dream with Carmac, a 10-year-old Thoroughbred gelding previously campaigned to the Advanced and CIC3* level. 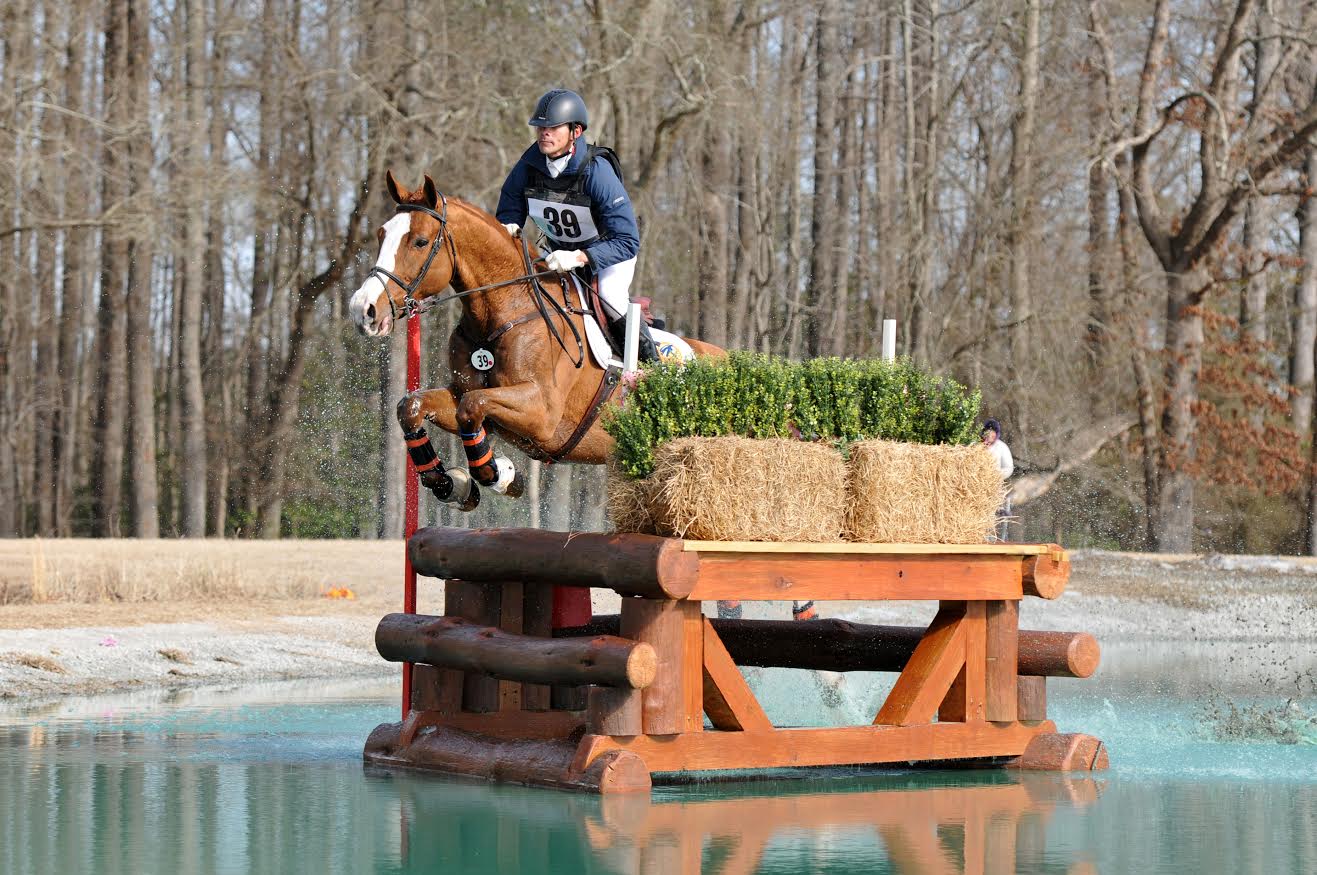 Daniel and Carmac at Pine Top. Photo courtesy of Hoofclix.com.

As his eventing career begins to take off here in the U.S., Daniel is eternally thankful for the opportunities he’s been afforded with Pollard Eventing. “Michael gave me a tip that’s applicable for all athletes who are in search of dreams and goals: always do things for love. When a person does something for love, they are destined to succeed — the secret is how much you want it,” he said.

Indeed, Michael has often referred to the sport as a “labor of love”, and he encourages his team to continue their dedication to the sport and all of its intricacies. While Daniel and Carmac progress along their path — wherever it may lead — Daniel knows he’s on the ride of his life.

“Carmac is the horse that allows me to keep dreaming,” he said. “He is super honest and athletic, and he tries very hard for me. I have no words to express how thankful I am to have Michael, Nathalie, and Morgan, and to be able to ride such a kind and hard working horse like Carmac.”

“I have a huge appreciation for everyone on my team; all of us work very hard to make the best out of every challenge we face.”