One year ago Area VI left Rebecca Farm with team gold, and now they’re hunting another podium finish at the 2018 FEI North American Youth Championships (NAYC) Three-Day Event. With the riders announced, we recognize a few familiar faces from the gold medal squad as well as some new up-and-coming talent.

“What’s most exciting this year is having the girls from last year that were here for the one-star back now for the two-star. It’s nice to have those veteran girls on the team,” said team coach Bec Braitling who just finished with the girl’s preparatory camp earlier this week at Twin Rivers.

“I think they feel like they a lot to prove the next level up, and they’re defending a title a little, but at the two-star level now. They have that same competitiveness that they had last year, and it’s fun to see them working on the same things, but up a notch.” 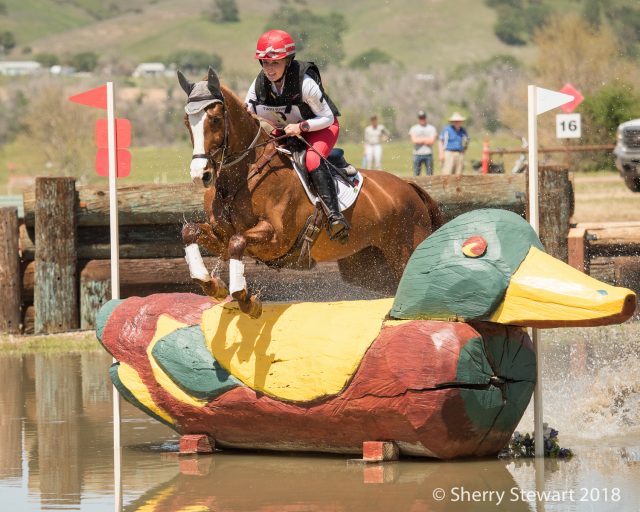 Mallory Hogan and her own Clarissa Purisima made their team debut last year, winning gold for Area VI on the CH-J* team and bronze individually. Now they return in the two-star class. They’ve racked up many top placings since moving up to the Intermediate level last fall, and Mallory has her eyes on another top finish in Montana.

“I had the opportunity to attend Young Riders last year and it was an experience of a lifetime! Young Riders is such a special event where you learn more about riding with a team and it was an experience I got a lot out of. The support you feel from the other girls is so uplifting and makes the entire weekend,” Mallory said. “The team aspect has always been a big factor of what motivated me to have Young Riders as such a big goal. Being able to have the chance to go to NAYC again this year is surreal and I’m so excited to be traveling and competing alongside some amazing girls!” 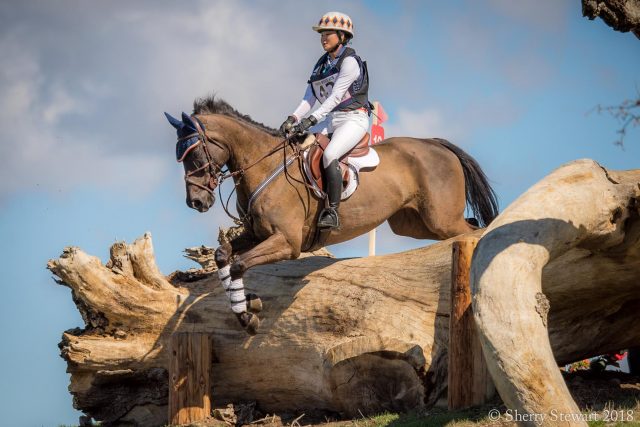 Lisa Takada and her own Wishbone are making their first team appearance this year. Lisa’s partnership with the 10-year-old Holstiener (Luganda x PredictableMary) began in 2017, and has grown stronger as they compete at the one-star and Intermediate levels.

“It’s an unreal feeling when you’ve been chasing a goal for years, and finally, you’ve made the qualifications. It really has been years in the making of trying to qualify and being selected, so it’s quite unbelievable for me. I’m super happy and excited for all the fun in the next month!” Lisa said. 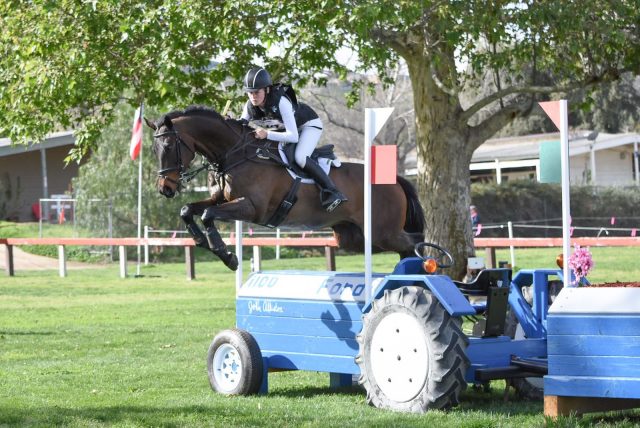 Sophie Tice competed individually at Young Riders in 2017 with James Alliston and India McEvoy’s Mojo finishing in the top twenty. Sophie and the 16-year-old Thoroughbred (Private Talk x Meaux) won their move up to Intermediate a few months later, and have enjoyed a slew of clear cross country runs since in their preparation for the championship.

“This will be my third year attending young riders. I was able to groom in 2016, competed in the CCI1* in 2017, and I am planning to compete in the CIC2** this year,” she explained. “Young riders has been such an incredible experience for me and has taught me so much. It has always been a big goal for me because it gives the youth of this sport the amazing opportunity to be part of a team and work together just like you would in the Olympics. Competing at Young Riders last year was really a dream come true and I am so grateful to be able to do it this year as well!” 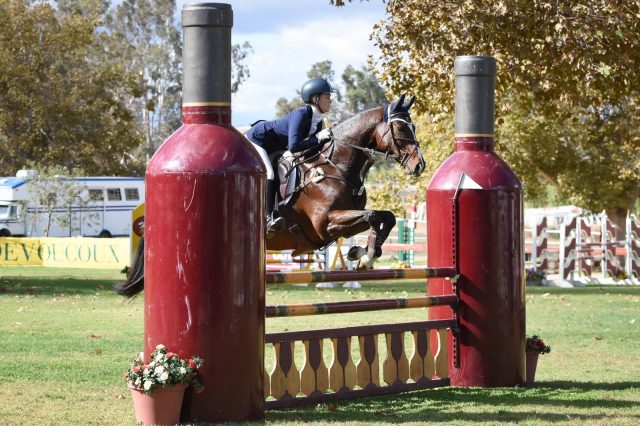 This will be Madison Temkin‘s third apperance at Young Riders, this time with her own Dr. Hart, an 11-year-old Thoroughbred (Skimming x Moving Memo).

“Being apart of our Areas Young Rider program has been a big part of who I am today. I have met wonderful lifelong friends and made so many lasting memories. It is an incredible program with not only incredible people involved, but incredible people who run it,” Madison said. 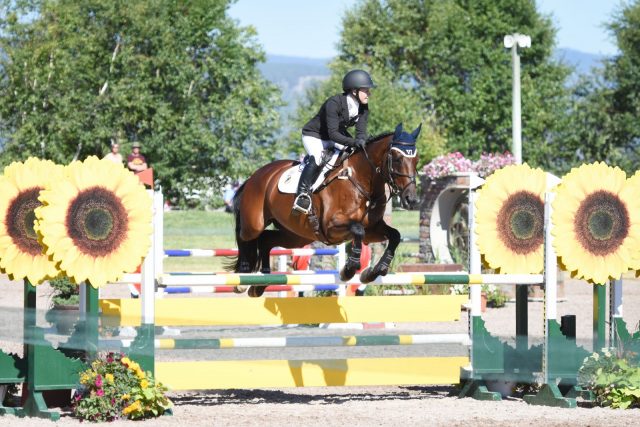 Kaley Sapper helped Area VI win team gold in 2017 aboard her own Tuscan Sun, a 15-year-old Thoroughbred (Midnight Royalty x C Alyssa). This duo’s spring is off to a super start after a top fifteen finish in the CIC2* at Twin Rivers in April.

“Young Riders, like for most young eventers, has been a dream and goal ever since I started riding in the sport. Last year, I had the opportunity to represent Area VI on the 1* squad, and our team won gold. The feeling was absolutely incredible, and I will always remember watching our country’s flag being raised to the national anthem from the top of the podium,” Kaley said. “The experience helped me grow so much as a person and rider, and I’m so grateful for the memories and friends that will last a lifetime.I’m beyond excited and honored to have the opportunity to return at the 2* level.” 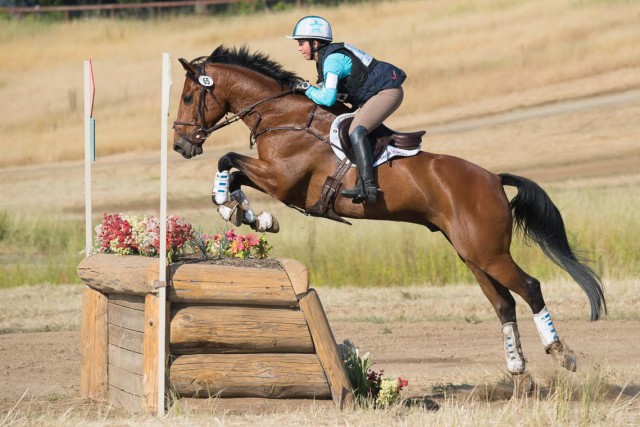 “Young Riders was my first big team experience and has provided me with experience I will continue to use my whole career. YR has helped me understand how to work in a team as well as learning how to do big FEI events. I felt very proud but also humble when I first found out. Then later I felt pressure, while the emotions were amazing I had the fear of letting people down. It’s young riders. I grew up with a trainer who was on the team and looking up to her I wanted to follow in her footsteps and now I know how special the experience is and I really enjoy getting to participate in that,” she said.

Rachael McGregor will make her team debut riding Catch Me If You Can IV, an 11-year-old Holstiener (Libra K x Lizzy) owned by the rider.

“I first heard of Young Riders in 2014 when I went to groom for the Area VI team in Kentucky. I remember learning so much, having a lot of fun, and making it my goal ever since to make it on the Area VI YR team. Young Riders has taught me to reach for my goals and to never give up throughout the hardships. It was such a rewarding feeling when I made it on the team, and I can’t wait to represent Area VI in Montana,” Rachael said. 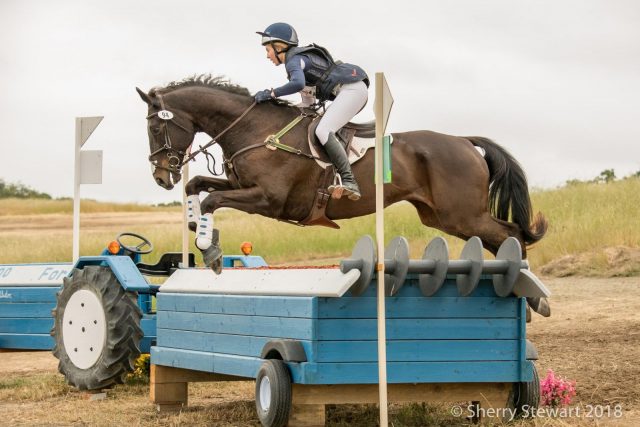 Brianna Maroney has also been named to the one-star team with her own Kaala Jaadu a 15-year-old Dutch Warmblood/Thoroughbred (Titan x Rambler).

“NAYC has been my dream for as long as I can remember. Getting that call from Kristin and hearing that I would get the opportunity to represent Area 6 was an absolutely surreal moment. I woke up the morning after and thought that it was just a really awesome dream. To be honest, it hasn’t totally sunken in yet. I definitely still have to pinch myself once in a while. Words cannot accurately describe my emotions knowing that I will get to compete in this championship. I just feel so lucky to have friends and family who support my dreams endlessly.”

We also would like to congratulate Kaitlin Vosseller who will make her first Young Rider appearance with her own Clear Approval, a 12-year-old Thoroughbred out of All Best Wishes.

“Young riders has benefited me in many ways but I have been able to meet so many amazing friends through the program and it’s a great way to be apart of a community. I feel so fortunate to be able to compete at young riders this year. I feel like all my hard work has paid off but there is still a lot of hard work ahead! Young riders has been a goal of mine because it is so inspiring to be surrounded by some of the top youth in country and it’s a privilege to represent all of Area VI!”

The Adequan®/FEI North American Youth Championships Three-Day Event, presented by Gotham North, will be hosted in conjunction with The Event at Rebecca Farm, in Kalispell, Montana, July 18-22, 2018.