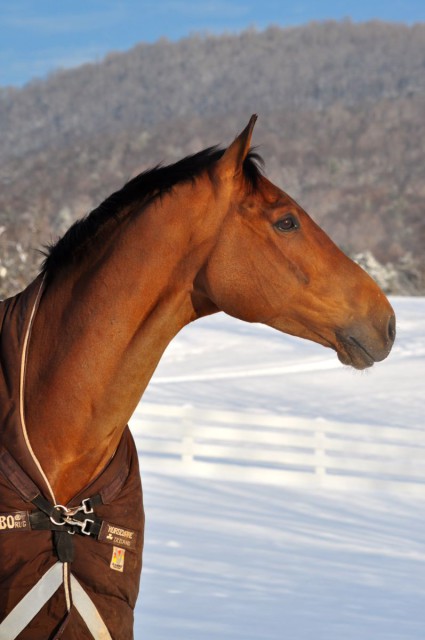 With my added hours inside due to winter weather, I tend to delve deeper than usual into the intellectual side of horse training, which is somewhat already my tendency. Each horse that I train, no matter what their purpose in life, is a puzzle waiting to be solved. I love this side of working with horses because the answer is never the same, and you are always learning something new.

Horses are tattle-tales when it comes to how they’ve been handled and ridden. If you’re paying attention, you can almost always tell what kind of training methods they have enjoyed or sometimes endured before coming into your hands. My musings lately have come from horses that I have worked with, and I’m about to ruffle some feathers, so bear with me here.

One particular technique has really been bothering me lately, and it basically makes no sense to me at all. This is the idea of “desensitization,” which is commonly used to lessen a horse’s reaction to foreign objects or situations. Basically, we have a horse that is frightened of something, and their fear response is undesirable for a variety of reasons, and we want him to stop behaving that way.

Thinking about it scientifically, the relief of pressure in this way is called “negative,” because the pressure is taken away. The removal of said pressure at a key time reinforces a behavior and makes it more likely to repeat. This is why we call it “negative reinforcement.” Horses learn to relax under consistent training in this system because there is always a solution to the problem and always an escape. 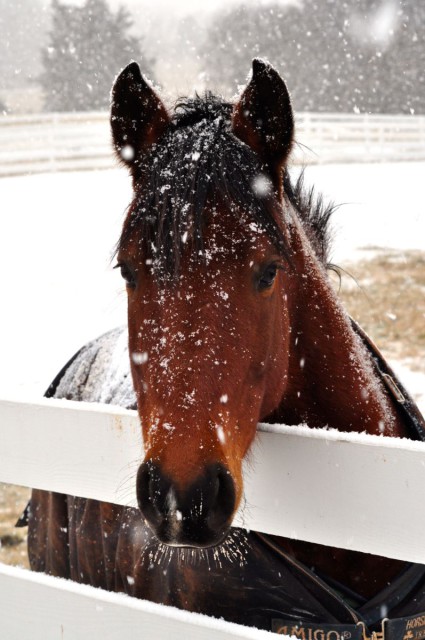 Bogey, a part of the program at Equine Welfare Society, enjoying the flurries. Photo by Kate Samuels.

Desensitization is known scientifically as the process of “habituation,” which is defined as “the decrease of a response to a repeated eliciting stimulus that is not due to sensory adaption or motor fatigue.”

If you go online or look at a book, there are infinite numbers of sources that show people supposedly “habituating” horses. They wave tarps, flap flags and sling ropes at horses so that he’ll become “habituated,” “desensitized” or “used to it.” The problem lies when the trainer doesn’t ever offer an escape for the horse and never uses timing to release the pressure.

The trainer thinks, “I’ll just keep doing this until all his reactions are done with, and he’s “used to it.” The horse thinks, “Dear God how can I get away from this terrifying thing? What do I have to do to make it stop?!”

To flap something continuously is to create an unpredictable, uncontrollable and inescapable situation for a horse. He is then unable to find a way to relieve the pressure, and so he moves away, he rears, he bucks, he stands still, he bolts and yet it still continues. Eventually, he stops because, well, he doesn’t know what else to do.

This is not “desensitization”; this is called learned helplessness, defined as “a behavior in which an organism forced to endure aversive, painful or otherwise unpleasant stimuli, becomes unable or unwilling to avoid subsequent encounters with those stimuli, even if they are escapable. Presumably, the organism has learned that it cannot control the situation and therefore does not take action to avoid the negative stimulus.” 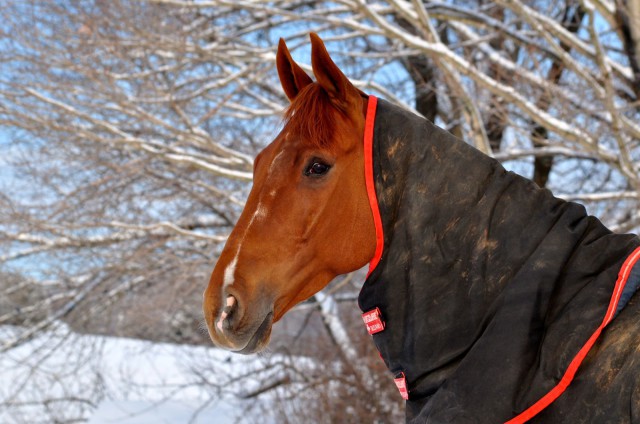 We’ve all seen this training method in action before, and it’s not relegated to any one discipline more than another. Sometimes, it even seems to work because the horse does “get used to it.”

Horses who have been trained in this manner often suffer a diminished ability to train and cooperate with other humans in the future. You have effectively broken the consistency in your training method, and the horse has only learned to mask his fear, but has not conquered it in a confident way.

A good trainer knows that a combination of negative reinforcement and slow steps in the right direction are a better base for resolving issues. Such a trainer would know that fear is natural, especially with horses, and there are ways to teach the horse to resolve his fear and ways to change bad things to good by way of association.

If you are teaching your horse to rein-back, you do not simply pull on the reins until you have backed all around the arena and your horse can pull off a coordinated rein-back on command. You teach him to shift his weight back, and you reward and release. You then teach him to take one step, and you reward and release. Getting five steps in a row in a happy and coordinated manner might take you several months, but you’ll get it. This is good training.

Why then, if you have a horse afraid of tarps or frightened of you touching his ears, would you resort to a method that “solves” it in one very long session? You must know that you are teaching your horse to simply give up and to choke back his instincts.

Horses can change for us, and they often do despite all odds otherwise. A well-trained horse understands things not because of “frequent exposure,” but because his trainer has an approach that is always predictable and has well-timed releases. It’s inexcusable to flap things at a frightened horse.