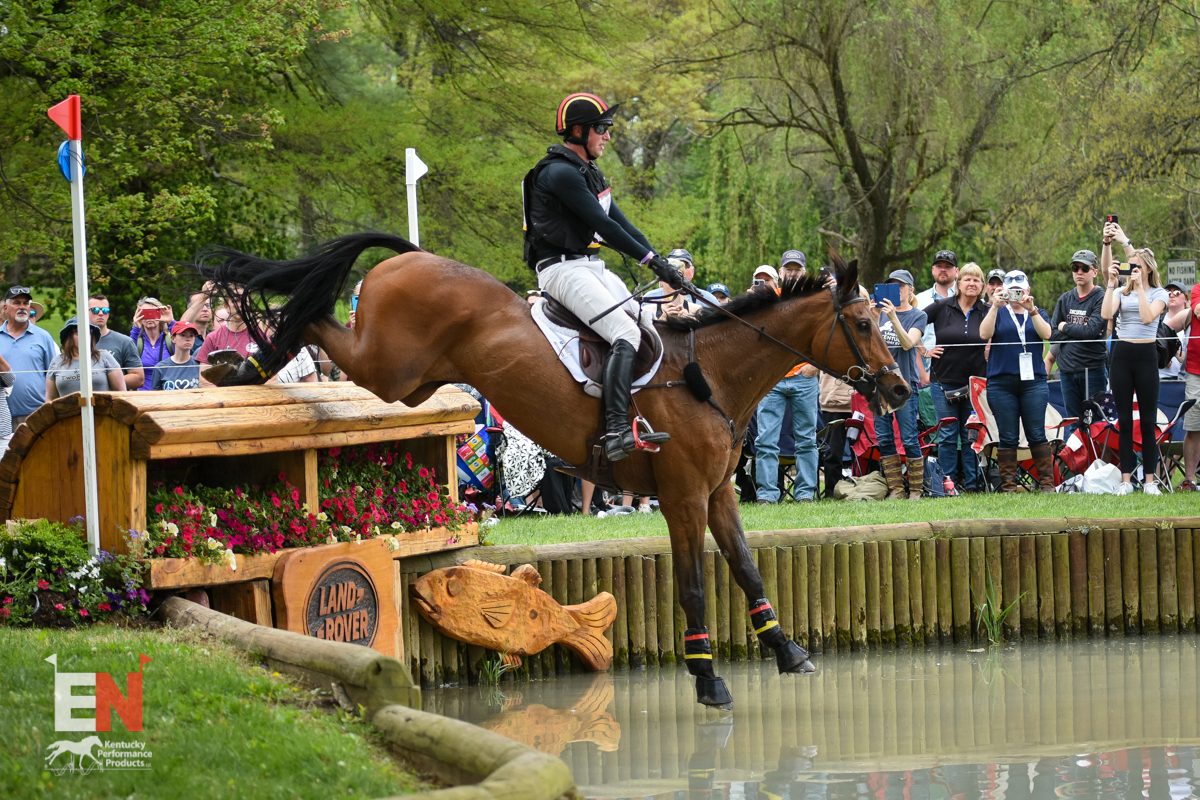 At 18, “Quinn,” has made six CCI5* appearances with his best result coming in 2019 where he finished fifth here at Kentucky, and he made his mark on the sport with a 16th place finish at the Olympic Games last summer in Tokyo as the highest placed American.

“It’s tough to put into words — Quinn has meant so much to me, and my career, and my family,” Doug said. “He’s given us more than any horse ever could, and we’ve been in bonus time.”

Quinn was 11th Friday in Kentucky after dressage on 34.9, but picked up an uncharacteristic 20 penalties at the C element of the coffin at fence seven on the cross country. Doug says he still plans to show jump tomorrow, though, but says this will be their last five-star.

“Today in Kentucky he pulled up great and we’re going to show jump [on Sunday], but I do think this will be his last competition at the top end,” he said. 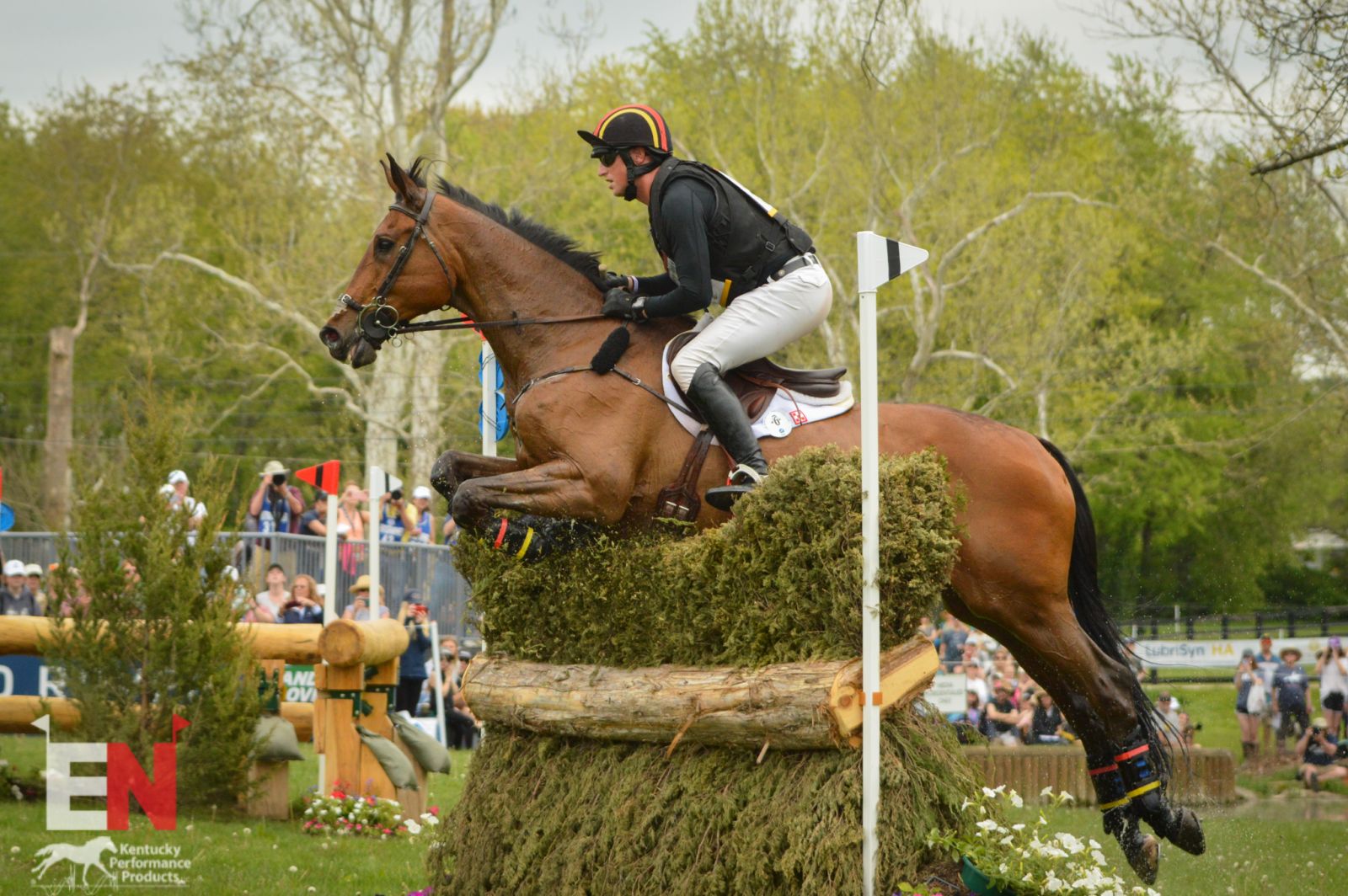 But this isn’t the end for the Trakehner gelding (Windfall x Visions of Grandeur), keep an eye out for #supergroom Courntey Carson to be next in the tack.

“It’s been a running joke that I’m going to take the ride when [Quinn is] done, but the he just kept going,” Courtney said. “It’s funny I’ve always liked the horse even before I ever thought about working for Doug. Even watching him with Werner [Geven] I had a feeling about the horse. Now, I’ve been all over the world with him — he’s my buddy.”

With a busy operation at home for Doug, Courtney is responsible for many of Quinn’s exercise rides, she’ll feel right at home in the saddle, despite not competing herself since 2016. “I do the majority of fitness work because I choose to canter him over some of the others because I love him. I hacked him here (at Kentucky) this week, and honestly every day I sit in the saddle on him I’m honestly in awe that this is the horse that I get to spend my time with,” she said.

It’s be a pleasure to watch your career, Quinn. Keep your eyes peeled for the new Quinn + Courtney partnership after he gets his much deserved post-Kentucky break. And Doug: better brush up on those braiding skills!