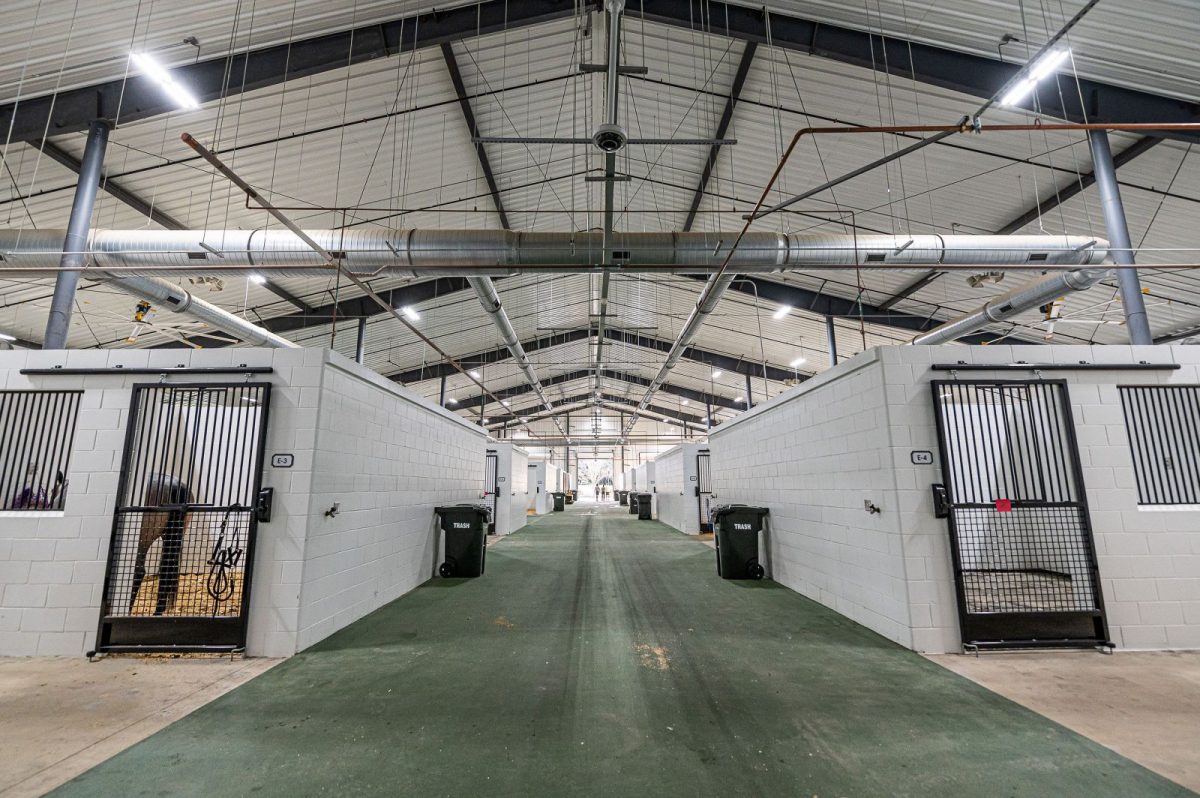 In an update provided by the World Equestrian Center – Ocala on Sunday, March 6, a horse in Barn D at the facility presented with a high fever and was subsequently sent to the University of Florida for testing. At this time, the results of that horse’s EHV-1 test are pending; a positive test would bring the Ocala case total to three. Two horses, both originating from Chestnut Hill Farm, had previously tested positive for the virus and have been recovering in isolation.

A report published on Friday, March 5 by the Florida Department of Agriculture, outlines the dates: “The index horse was housed at the World Equestrian Center (WEC) Barn D during week 7 (February 17 – 21, 2021), and the second horse was housed in Barn D during week 8 (February 24 – 28, 2021). The second horse left the World Equestrian Center on February 25, 2021.”

The FEI meanwhile has continued to provide updates to its timeline of events corresponding to the current outbreak of EHV-1 in Europe, which has to date claimed the lives of 10 as of Monday, March 8. It’s important to note that at this time there is no indication that the two (potentially three) cases in Ocala are related to the outbreak in Europe, though the Florida cases were reported on the FEI timeline.

Update 3:15 p.m. EST on March 9: The FEI has confirmed an 11th equine death in a veterinary clinic in Valencia, Spain, where the outbreak originated. A horse in Belgium that competed at the Spanish Sunshine Tour in Vejer de la Frontera also tested positive; the event was abandoned with immediate effect on Friday, March 5. The FEI has also promised an investigation into the outbreak, questions surrounding which include the fact that the competition at Valencia continued for at least one day after the FEI was notified of the outbreak and requested abandonment with immediate effect.

Update 7:53 p.m. EST on March 9: We’ve also confirmed a case of EHV-1 in Maryland at Laurel Park, where four barns have been placed under quarantine following a horse displaying neurological signs of the virus. The quarantine will last for a minimum of 14 days, pending any further positive tests.

Update 9:03 a.m. EST on March 10: World Equestrian Center – Ocala has confirmed a negative EHV-1 test for the third horse out of Barn D, where the other two cases were found. The facility has resumed activities but has implemented stricter ship-in and health certification requirements for those competing.

We will continue to monitor this situation as it continues to unfold and encourage all owners to take extra precautions in terms of biosecurity and horse movements, particularly in Florida. As a reminder to those competing at Red Hills H.T. in Tallahassee, Fl. this weekend, the event has implemented biosecurity measures including the requirement of a three-day health certificate.

Please see the Biosecurity measures being implemented at the competition…

Copper Meadows H.T. in Ramona, Ca. is also taking some extra precautions for its event this weekend: all competitors must submit proof of vaccination and no horses who have been to Florida or Europe in the past month will be permitted on the show grounds. To see more from Copper Meadows, click here.

A map (updated as cases are brought to the department’s attention or at the first of the month) of reportable equine diseases is maintained by the Department of Agriculture and can be found here.

A recent outbreak of an aggressive strain of the neurological form of Equine Herpes Virus (EHV) has resulted in the immediate cancellation of international events in 10 countries on the European mainland through March 28, 2021. The outbreak originated at a competition in Valencia, Spain, and is present in at least three other countries in Europe to date. There are no current EHV-1 outbreaks related to the Valencia competition evident in the U.S. at this time, but USEF is recommending members take important steps to protect their horses. USEF is working closely with competition organizers and veterinarians to ensure we are as prepared as possible for a potential outbreak in the U.S.

Below are some best practices you can implement immediately:

Please note that the vaccine does not protect against the neurological form of EHV, which is referred to as Equine Herpes Myeloencephalopathy (EHM) but does reduce the clinical signs and shedding of the virus. Early identification and reporting of ill horses is critical in order to trace possible points of exposure and to aid in the prevention of further spread of the disease. The first 30 minutes following identification of a potentially infectious horse frequently determines the extent and scope of transmission and potential outbreak. You should contact your veterinarian immediately for testing if a horse begins to display any symptoms of EHV. Competition managers should also be notified if the horse is at a competition.

If you are aware of individuals who are not following proper reporting protocols, please contact Debbie Saliling, USEF Director of Compliance, at [email protected].