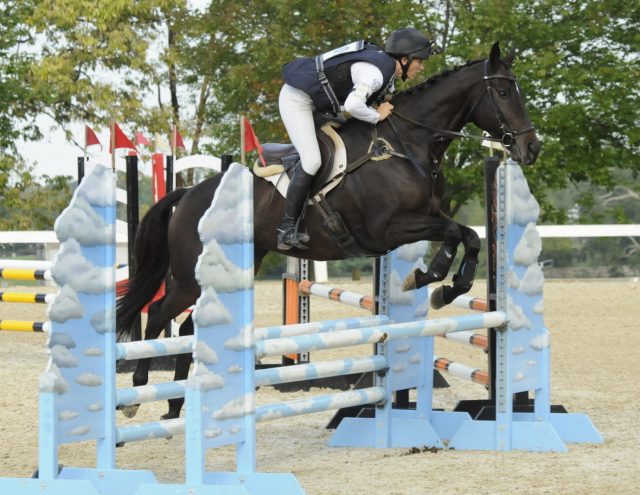 After being crowned 2018 Thoroughbred Makeover Eventing Champion earlier in the day, Elisa Wallace and Reloaded were hefted onto the competition’s highest throne at the end of yesterday’s Finale when fans voted the horse “America’s Most Wanted Thoroughbred.”

Elisa has come close to winning the top award several times, which made this year’s honor extra sweet.

“I have been pretty good at winning on the preliminary day, but I’ve lost on the Finale day,” Elisa says. “I knew I had some class horses coming and I thought I had a shot.”

“America’s Most Wanted Thoroughbred” is a fan’s choice award, so to speak, and at the end of the day fans came out in droves to cast their votes for the 2013 15.3-hand bay gelding (Magna Graduate x Curious Cat, by Tale Of The Cat) owned by Michelle Chisholm. Bred in Kentucky by Elisabeth H. Alexander, Reloaded won $20,177 in 19 racing starts. 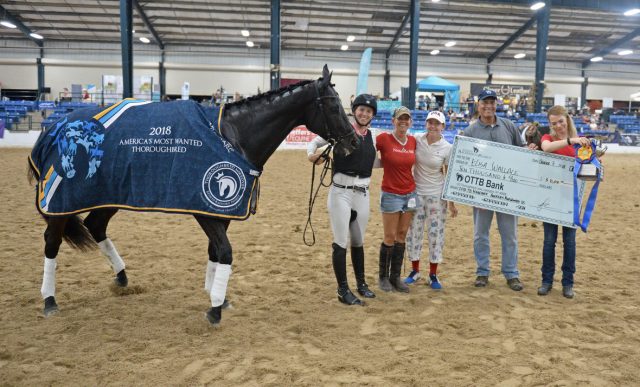 Michelle also owned Elisa’s 2017 Makeover mount Sir Teddy. Kelly Lupton found the horse at the racetrack and Michelle bought him in September 2017 via reseller Jessica Redman. He had a few months off and went to Wallace in December, and then did his first recognized Beginner Novice event after just nine off-track rides.

“Basically my daughter fell in love with [Elisa and Simply Priceless], and I said I want to see this whole process happen, how you bring one off the track. And Elisa is who I called,” Michelle says.

Elisa is a longtime advocate for the Thoroughbred breed — in addition to competing Simply Priceless through the four-star level, she’s made time in her schedule to attend the Thoroughbred Makeover every year since she was first asked to judge the Freestyle division in 2015. “I was like ‘Oh no, I need to do this!’ ” she recalls. 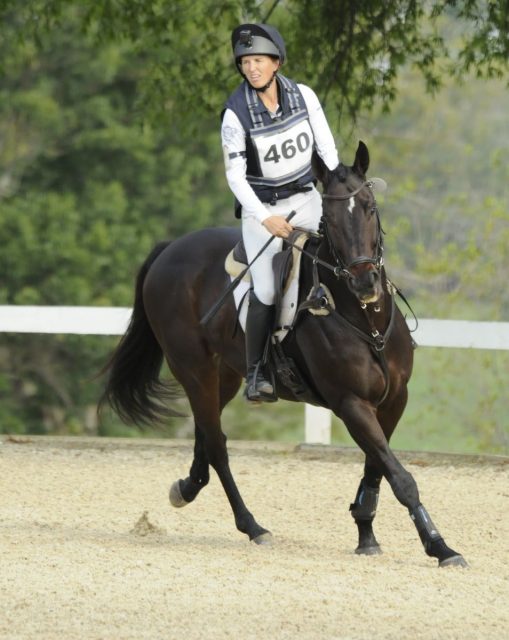 “I think it’s a great place to train—when are you gonna get that atmosphere with a young horse? On top of that, people like to watch the transformation [from racehorse to sport horse] and it gets the word out about the Thoroughbreds,” she says. “It’s fun. For me, I never see it as the end is the [Makeover]. It’s just another place to go train. And, you know, it’s a bonus when the horses do well.”

“He’s a pretty special dude,” Elisa says of Reloaded. “He’s super talented, very athletic. He can be a handful at times, but you put him to work and he’s amazing. I have high hopes for him; I think he’s really talented. I think he could be a four-star horse, which you don’t oftentimes feel that but I think he’s got it.”

Since their first Beginner Novice event in December of last year, Elisa and Reloaded have completed six Novice events together with nary a jump penalty on their record winning two and picking up a couple blue ribbons along the way. Check out this cross country helmet cam video of the pair competing in Open Novice at Stable View last weekend, and here’s a between-the-ears view of their Finale performance yesterday.

“Thoroughbreds are amazing horses; my four-star horse will do anything for me. Give them something to go do, and they take that deep breath and they’ll do anything for you,” Elisa continues, her voice cracking. “It’s hard for me to talk about without crying; it’s just something that they do. People ask me why I deal with mustangs and Thoroughbreds, and that’s why. And they’re very similar that way. They’re always the underdog.”

Elisa and Reloaded also competed in the Freestyle division, where they finished 17th. Their routine included liberty work and also incorporated one of Wallace’s mustangs, Fledge. 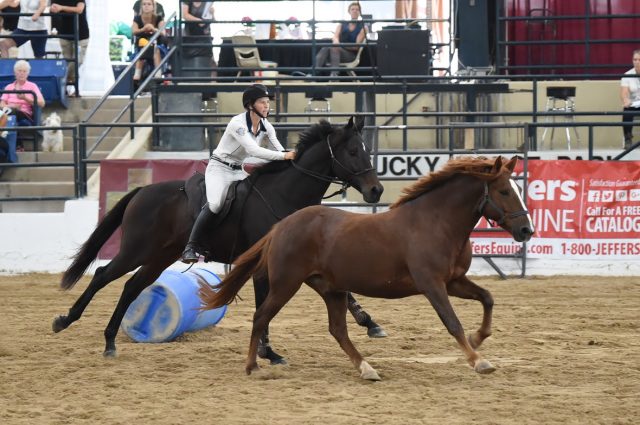 Elisa Wallace and Reloaded in the Freestyle. Photo by GRC Photo.

Congrats, Elisa and Reloaded! For full results from the 2018 Thoroughbred Makeover, click here.

[Elisa Wallace and Reloaded Are Crowned America’s Most Wanted Thoroughbred]