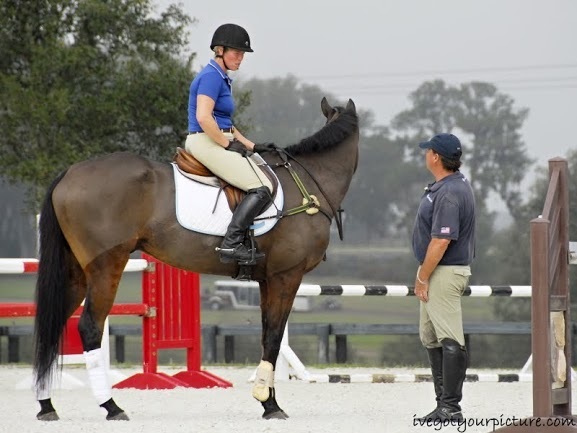 Ellen Doughty and Sir Oberon, her 10-year-old Holsteiner/Thoroughbred gelding, had a breakout year in 2013, leading to their designation on the 2014 USEF Winter/Spring Training Lists on the National level. Ellen traveled from her home base in Texas to Ocala to participate in the training sessions with U.S. coach David O’Connor and brought her undying thirst for knowledge with her.

Most recently finishing sixth after dominating a cross-country course that took many victims in the CCI3* at the Dutta Corp Fair Hill International, Ellen and Sir Oberon have proved they are determined to make it all the way to the top in the sport. Ellen and “Obie” also finished third in Advanced at the Nutrena USEA American Eventing Championships in 2013 to finish out a strong campaign at the Advanced level.

“I was floored to have made the list,” Ellen said. “I did not expect to make the list at all; I didn’t even know I had a chance! But it’s such a great opportunity, and Obie absolutely deserves to be there.” Ellen drove overnight to Ocala and arrived ready to immerse herself in the Florida training culture. 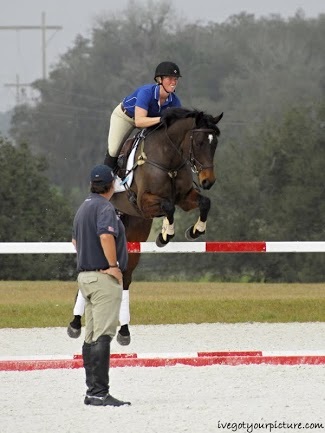 Working with David has been very instrumental for Ellen, who does not work with a coach back home. “David has had me working on straightness in my horse and has changed my position a little, which has been really helpful. With jumping, he had me working on using more seat and leg and less hand while keeping Obie’s feet moving more as I collect him to ensure that he’s good with his footwork,” Ellen said.

David also worked with Ellen on her dressage position, repositioning her so that her tailbone was more underneath her, which allows her to utilize her core more. “I think that was the big thing he changed with the dressage,” Ellen said. “It feels a little foreign to me, but I did feel a difference once I began using it.”

Ellen is excited to be in Florida, where she will remain for the remainder of the training sessions and also partake in lessons from others when she can. “I’m going to take as many lessons as I can while I’m down here,” Ellen said. “I plan to use these five weeks to absorb as much knowledge as I can.” 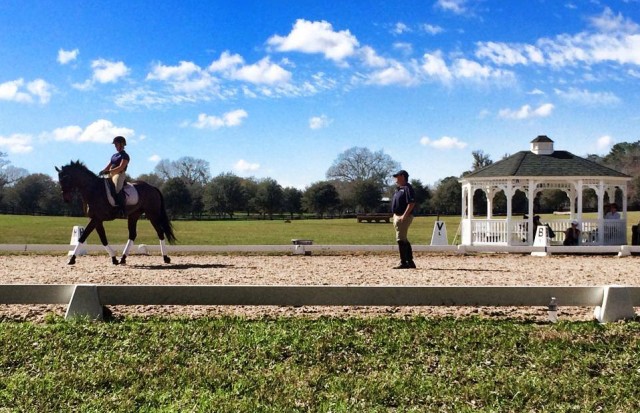 This spring, Ellen plans to bring Obie out slowly before making their CCI4* debut at Rolex in April. “He’s pretty consistent, and I don’t feel like I need to put a lot of runs on him,” Ellen said of Obie’s fitness. “We will do some dressage and jumper shows, which really help him. At dressage shows, we do fourth level and Prix St. Georges, which make me feel much better about our eventing dressage tests.”

Ellen’s itinerary for Rolex doesn’t just include time in the saddle, though. She and her fiance, Alistair, will be tying the knot on the fabled Rolex cross-country course during the weekend of competition. “I’m not really a typical bride,” Ellen said of her upcoming nuptials. “I don’t have a ton of plans besides a simple ceremony on the cross-country course.”

We can’t think of a better setting to say “I do” in; after all, what better place than your first CCI4* competition? Thank you to Ellen for taking the time to recap her experience at the training sessions so far, and best of luck to both her and Obie as they venture down the road to Kentucky.