After suffering a fall that ended her career as an eventer, Suzy Stafford took up combined driving and is now preparing to compete in the 2014 World Single Horse Championships in Hungary. Her best friend, Emily Allen, wrote about Suzy's success as a combined driving competitor. Thank you to Emily for writing, and thank you for reading. Go Suzy! 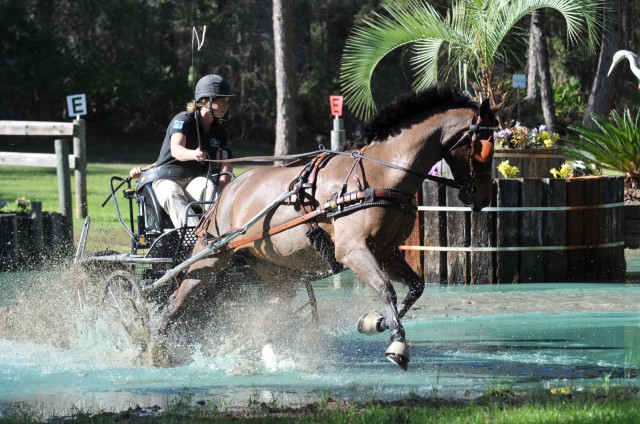 Suzy Stafford and PVF Peace of Mind. Photo by Pics of You.

Often our paths are not a straight line, and Suzy’s story of her entrance into driving demonstrates persistence and a love of horses and competition. Suzy began riding at a young age and competed in eventing through the Preliminary level, rising through the ranks of Pony Club. She was pursuing a life as a horse professional.

In 1998, she completed the American Riding Instructors Program certification in dressage and combined training and was leasing a farm with horses in training and students. This abruptly ended when a riding accident left Suzy with fusing her ankle as her only option, thus ending her riding career. But she channeled her competitive drive toward a new equine sport: combined driving, a sport very similar to the one she loved.

In 2001, Suzy began working with top driving trainers and took every opportunity to work with many different breeds in both pleasure showing and combined driving. Suzy soon became an assistant trainer and honed her skills to become a noted trainer, instructor and clinician.

Just four years later, Suzy became the first American driver to win an individual gold medal in international competition driving to a first place at the 2005 World Pony Driving Championship in England. Since then, she has won many national championships and top international medal finishes. 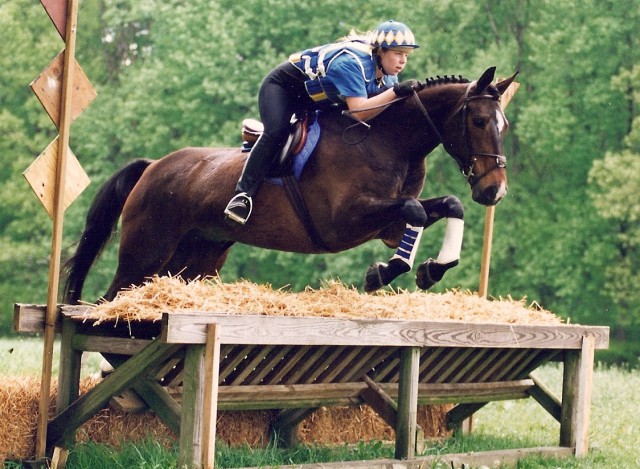 Suzy in her eventing days. Photo by Linda Gallo.

Combined driving is similar to eventing with three phases. The dressage phase is in a much larger size arena but consists of walk, trot and canter in collected, medium and extended paces. It is judged in the same manner as ridden dressage.

The marathon phase is equivalent to cross country and is run in a long format manner with competitors having an optimum time for each phase. In addition, there are hazards that require drivers to negotiate around different gates consisting of immovable obstacles, hills and water. Each hazard is timed as well to accumulate penalty points.

The final phase is cones, with the driver negotiating around a course with many sets of cones with tennis balls on top of them that the driver has to narrowly travel through without knocking the ball down. There is an optimum time, and each ball down is similar to hitting a rail.

To see a firsthand look at how Suzy and “Hunny” are preparing for the world championships and how her eventing experiences have helped pave the way to her success, check out this video: