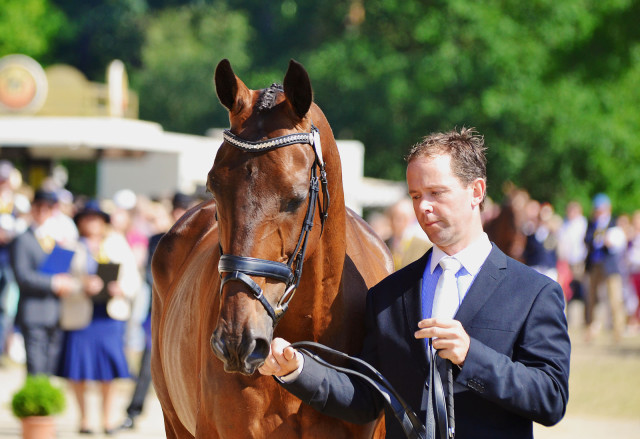 Kevin McNab has just released a statement following yesterday’s decision by the FEI tribunal to clear both himself and Jock Paget of doping charges when Clifton Promise and Clifton Pinot tested positive for the banned substance reserpine following the 2013 Burghley Horse Trials:

“I am very pleased that this is finally over and I can move on with my career without it hanging over me. It’s been tough for my whole team to be in limbo for so long. Allegations such as the one that I have had to face affect many more people than the person accused, and I thank them for their support, which has meant so much to me.

“It is in times of adversity that you really find out the character of people, and I have been humbled by the support that I have had from my owners, particularly Clifton Pinot’s owners Frances Stead and Russell Hall, who have been rocks ever since we received the notification of the positive test result last year. Everyone is now looking forward to moving on and to concentrating on our horses.

“I knew I had done nothing wrong — I’m not a doper, and I’m careful about what I feed my horses. I always knew that it had to be contamination, and the written decision by the FEI Tribunal makes it absolutely clear that I was not at fault. I am a strong supporter of anti-doping.

“It has been a very unpleasant experience, and I hope that if anything good can come out of this, it will be that my case and that of Jock’s serves as a reminder that the effect of doping-related allegations against the innocent are extremely distressing and the protection of innocent parties is as important as detection of the guilty.”

“For the last 10 months, Kevin has faced the threat of the destruction of his career, a career that he has worked very hard to build and that has great value to him and those around him. It is difficult to underestimate the effect that doping allegations have on those who are innocent. Kevin is a man of great integrity, and what has been most impressive about him throughout this matter is his unwavering support of the need for sport to take a robust anti-doping position.

“Most people will agree that there should be a robust and consistent anti-doping procedure in sport, but great care must be taken to ensure that the pendulum does not swing too far the other way so that the innocent are also protected. I would like in the future to see the FEI take an strong investigatory role following initial positives and to do so at an early stage to ensure that in cases where there is no fault, such as Kevin’s, these cases can be identified and resolved much more quickly.”

Weigh in, EN. How can the FEI better handle doping cases in the future based on what happened to Kevin and Jock?

Timeline of the Reserpine Controversy:

Oct. 30: Paget, McNab Lawyer Up While Awaiting ‘B’ Sample Results