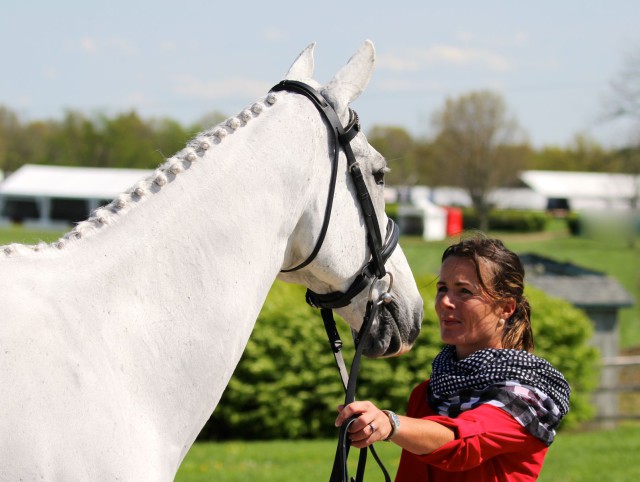 Update posted at 8:30 p.m. EST: More Information on the Decision to Euthanize Dambala

In very sad news from the Rolex Kentucky Three-Day Event, Dambala was euthanized this afternoon after sustaining a suspensory injury on cross country yesterday with New Zealand’s Emily Cammock.

“Dambala (Oscar) had significant damage to his suspensory ligament, an injury which would only be able to be rehabilitated for retirement. Unfortunately, Oscar is not much of a spectator and rapidly returns to his wild state of his early life running free on Ngahiwi Station in NZ when he is not in work,” Emily told EN.

“As difficult as it was to make the decision to have him euthanized, it came with careful consideration for his welfare and support from the veterinary team. He was the most honest, willing and trusting horse that always gave 150 percent. I feel honored that he put his trust in me and together we made a pretty awesome team.”

The pair completed cross country yesterday clear with 11.2 time penalties, but Emily withdrew later in the afternoon. Rolex officials confirmed to EN on Saturday evening that all horses and riders were OK following cross country, but after completing the course, Emily posted on Facebook that the horse had aggravated an old suspensory injury.

“After the second to last fence, I felt something wasn’t quite right, and as we pulled up at the end of the course, it was obvious we had a problem. It appears that the deep ground has proven too much for an old suspensory injury, and he has had to be withdrawn.”

Oscar and Emily traveled to Kentucky from New Zealand to compete at Rolex. The 15-year-old Thoroughbred gelding won the CIC3* Horse of the Year title in New Zealand in 2015. This was his first CCI4*.

Our hearts reach out to Emily, her team and all of her connections during this incredibly tough time. We will update this post as we learn more.