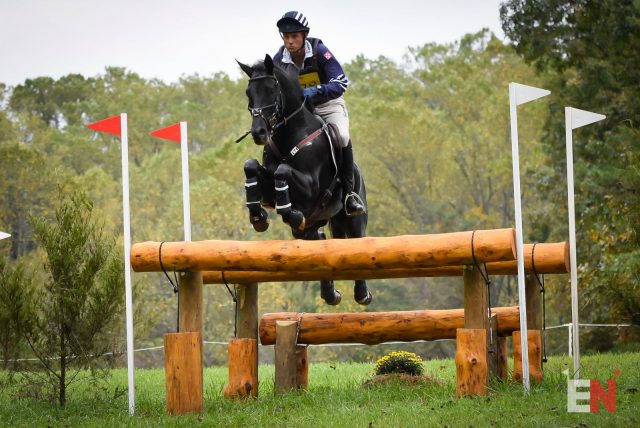 It’s fitting to equate one of Boyd Martin’s newer mounts, Tsetserleg, to Clark Kent. Day by day in training he’s good, but unassuming — even mediocre at times. It’s not until he’s at a competition does the 16.1-hand gelding show his true colors and transform into Superman … but only for the right person.

“He can be a mediocre performer at the barn, but he loves his job and turns it on at shows,” says Tsetserleg’s owner, Christine Turner of Indian Creek Farm. “He would do anything for his rider — if he likes them — and he loves Boyd.”

Boyd echoes that Thomas has been a bit of a “sleeper,” only truly showing what he’s capable of in competition: “He doesn’t ‘wow’ you at home, but when he gets to a competition he grows to 17.2-hands and jumps as high as you want to jump and moves like Totilas.”

“He’s a funny little character — he’s got a bit of an awkward jump, but he’s a real trier and a pleasure to have,” says Boyd.

Christine first laid eyes on Tsetserleg as a 5-year-old at Tim and Cheryl Holekamp’s New Spring Farm, where he was bred. A mentor to Christine, Dr. Holekamp is a longtime supporter of the USEA’s Instructor Certification Program as well as the American Trakehner Association, and their Missouri farm has been home to a number of clinics and inspections over the years. It was at one such inspection that the young black horse turned Christine’s head — but he wasn’t what they were there to see that day, nor was he even being inspected.

The Turners had originally come to the Holekamps’ farm to look at Tupelo, a 3-year-old Trakehner mare who would end up taking reserve champion at the inspection after the Turners agreed to purchase her. Dr. Holekamp had tried to pique Christine’s interest in another Trakehner gelding at the farm, but Tsetserleg, a half-brother to Tupelo out of the same dam and sired by the famous stallion Windfall, caught her eye instead. When Christine learned that Tsetserleg’s barn name was Thomas, she knew it was meant to be.

“My husband is Thomas E. Turner IV and my daughter is Tommie, so it’s very much a family name,” she explains. 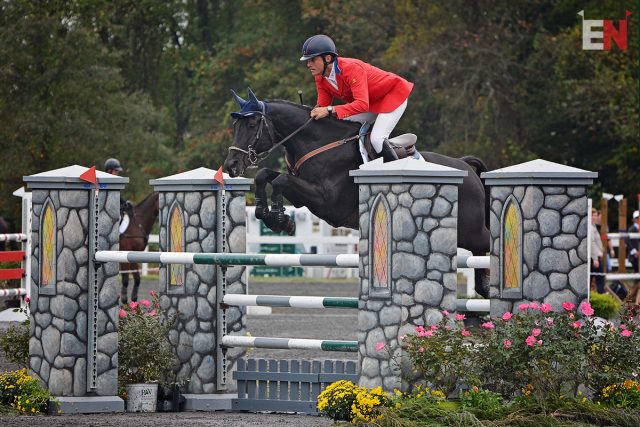 Shooting for the Stars

Thomas was campaigned to the two-star level by Michael Pollard. After the 2015 season, the Turners handed the reins over to Boyd Martin. Boyd got to know the gelding over the 2016 season, competing at the Intermediate/two-star level for the majority of the season before stepping up to Advanced at Stable View in October.

Through ups and downs, 2017 proved to be Thomas’ breakout year. Things started out quite promising with an Intermediate win at Pine Top and then a 4th place finish in Advanced at the same venue a couple of weeks later. The step up to three-star at Red Hills in March didn’t go quite as planned, with Boyd taking a tumble off the gelding at a triple brush near the end of the course.

“He couldn’t make the jump at Red Hills toward the end, but it was good for him to get the experience,” Christine recounts.

But Thomas bounced back with a vengeance and zipped around the Advanced track at The Fork a month later — probably the biggest course he had seen yet, according to Boyd — and claimed 2nd. His second CIC3* attempt came at Jersey Fresh later that spring. He and Boyd added only cross country time, on an exceptionally stormy day, to take 2nd again. The trend of success continued for the rest of the season, with the pair never finishing further down the leaderboard than 7th. They ended the 2017 season with an impressive 3rd in the Fair Hill International CCI3* thus crowning him USEF CCI3* National Reserve Champion, and subsequently Tsetserleg was awarded Performance Gold by the American Trakehner Association.

The Belief Pays Off

Thomas’ current success is made that much sweeter for the Turners as they remember the journey it took to get the slow-blooming gelding to this point. Christine has always believed that Tsetserleg was destined for great things — it just took some time to find his match.

“He has had to put up with a lot of trainers that were inexperienced or never believed in him,” she says. “Here I am going, ‘Look, I know he can do it!’ but who am I to them to tell them this? He came from being something that people never believed in to being a powerhouse with Boyd.”

Though it’s taken time for the gelding to blossom into the fierce competitor and proper upper-level horse that Christine knew he was capable of becoming, the sky’s the limit for the gelding with Boyd now in the saddle.

“I think he’s a proper four-star horse, but the biggest thing is he’s such a gutsy trier. At Fair Hill he impressed me in every single phase,” says Boyd. “Chris kept telling me over the last year that this horse was capable of anything. She was right. We must never underestimate a horse’s desire! It is very hard to measure at first sight.” 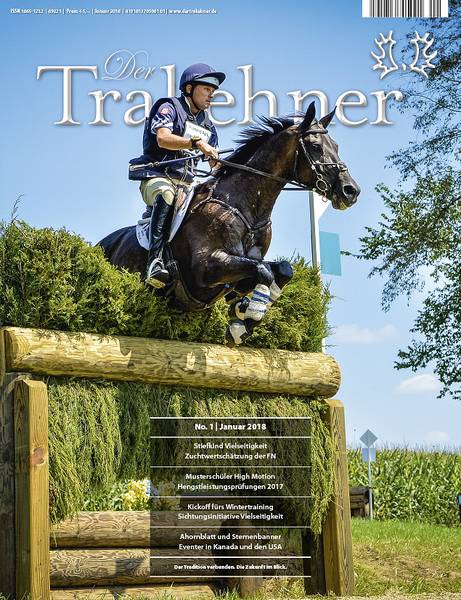 2018 is already off to a good start as Boyd and Thomas are the cover boys on the January issue of Germany’s Der Trakehner magazine. If all goes well, Thomas may get his four-star shot come April at the Land Rover Kentucky Three-Day Event.

“I leave it up to the professionals, Boyd and Erik Duvander, our new High Performance Coach, to decide what is best for Thomas and Boyd. We totally trust our rider and support them with whatever they decide,” Christine says.

“We are never let down when he says that he wants to take it easy, and we get excited when he wants to move up. We are hoping for Kentucky, but we know Boyd has a few others who may take that spot. We are just excited for whatever may happen!”