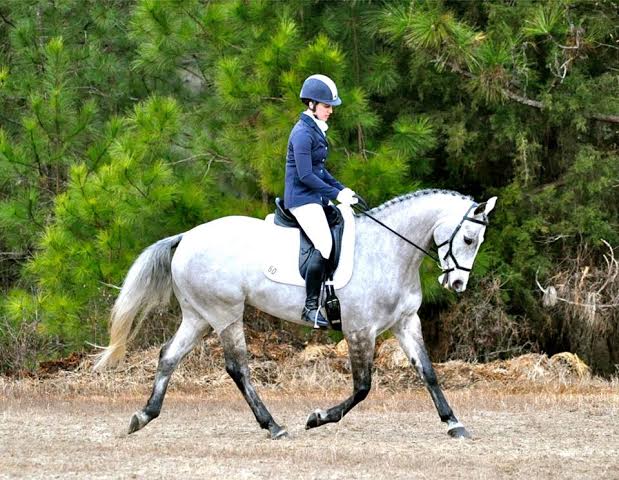 Jane Dudinsky has been a longtime supporter of eventers, owning several horses, both past and present, ridden by the likes of Bruce Davidson Sr., Doug Payne, Kim Severson and our very own Kate Samuels. Kate acquired the ride on Absaluut Annabelle in December 2013 and has been nothing short of thrilled with the mare’s progress so far.

Absaluut Annabelle is a 5-year-old Holsteiner mare by Saluut out of Larkspur (Merano). Jane bred the mare herself, and the dam, Larkspur, was actually Jane’s favorite hunt mare. “Anna,” as she is known around the barn, took to eventing quickly and competed through Training level before coming to Kate’s barn. “I just started riding her in December, and she’s come a long way,” Kate said. “She is certainly a horse that needs to know and trust her rider before she can relax.”

One of Kate’s favorite attributes about this mare is that she is a genuinely hard worker. “She comes out of the barn every day and goes to work,” Kate said. “She can, however, be a bit reactive and tends to over think things in a way that gets her a bit worried and worked up.” Kate worked with Anna on the ground as much as possible to establish and build upon their relationship. Her goal with the groundwork is to help teach Anna that, while it’s acceptable to be worried or scared, there is a way to work through it and move on. “She is incredibly smart and wants to please so much that it’s relatively easy to teach her new techniques for managing her state of mind.” 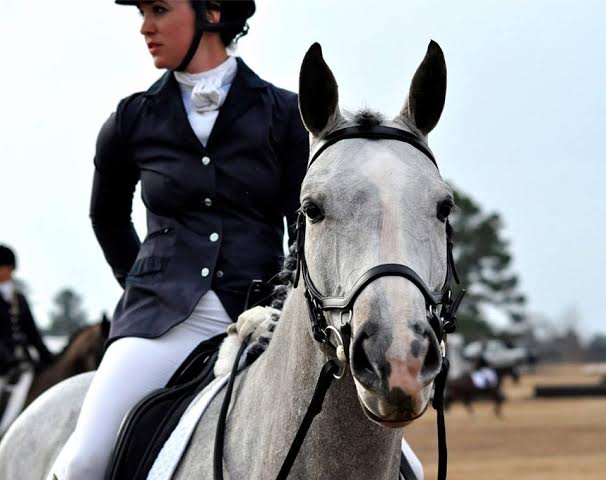 Kate and Anna survey the scene at Sporting Days. Photo by Carrie Meehan.

When it comes to flatwork, Anna displays excellent movement and potential. Her tendency to get worried and tense carries over into the dressage ring, though, and Kate has worked with the mare to teach her how to relax more, especially at the canter. “When I got her, she struggled immensely with cantering to the left; she tends to jackknife her body when she gets tight through her back, making it impossible to relax through her topline,” Kate said.

To alleviate this, Kate began introducing more lateral work into Anna’s training and has also utilized the services of Keelin Redmond of Avoca Equine for chiropractic help. “She’s learned quite a lot in a small amount of time, really, and she’s much steadier in the bridle and is figuring out how the leg and the hand connect the whole body. She finally put it together at Carolina International, scoring a 29.6, which is her personal best.”

Next week on EN’s Got Talent: We will learn more about Absaluut Annabelle’s eventing career with Kate, including more information on her recent weekend full of improvement’s at Carolina International.