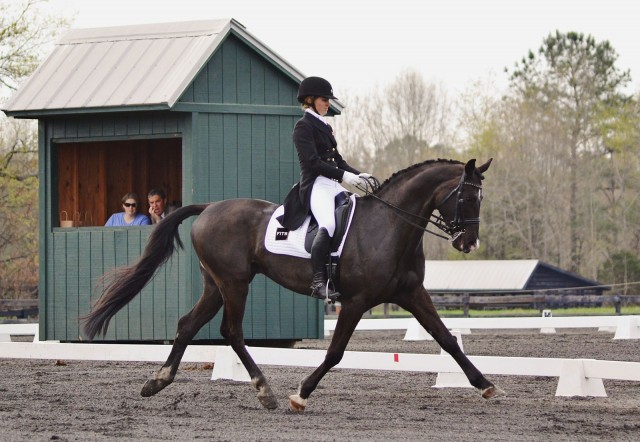 The morning group in the CIC3* couldn’t catch Allison Springer and Arthur’s score of 47.1 from yesterday, and they’ll continue to hold the lead through the lunch break here at The Fork. Jessica Phoenix and Patras VR were the best we saw this morning, scoring 48.9 for equal second with Holly Payne and Santino and Jennie Brannigan and Cambalda. This horse is coming off a win two weeks ago in the CIC3* at Poplar Place, and he looked very impressive again today. He’s a striking mover and has a wonderful presence in the arena. Combine that with Jessie’s accurate riding in the dressage and you have a pair that’s going to be very exciting to watch in the future. 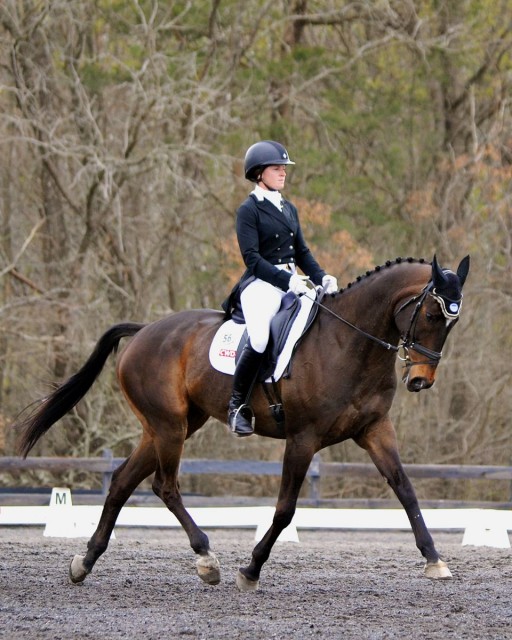 Erin Sylvester and No Boundaries were one of the last to go before the lunch break, and Bucky looked very good for a score of 49.5, which puts them in fifth place at this point in the class. Bucky’s tension issues have been dormant for an extended period of time now, which has to be a big relief for Erin with Rolex just a few weeks away. They’re always a threat in the dressage, and if they can perform in Kentucky like they did today, we should see a competitive score. Ruy Fonseca and Tom Bombadill Too are sitting just behind Erin in Bucky on a score of 49.8, which ties them for sixth place with Marilyn Little and RF Demeter. Ruy and Tom are here in the States preparing for WEG, and they’re another pair we’ll see at Rolex in a couple weeks. The judges clearly favored this horse’s big way of going. 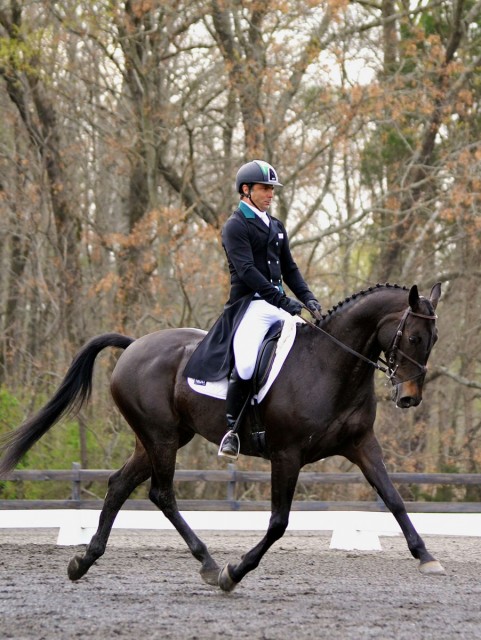 Ruy Fonseca and Tom Bombadill Too. Photo by Jenni Autry.

Marilyn and Demi, the big winners at Carolina International CIC3* two weeks ago, had another very nice test here today, with the mare looking relaxed and workmanlike about the job at hand throughout. That’s the only test I managed to get video of — which you can watch below — because a certain fearless leader showed up unannounced this morning and proceeded to gab away while I was trying to work. Yes, EN — John lives! Here’s photo proof that he was here. Note that he’s too cool to look at the camera. He has to get back home to clean the chinchilla cages before dinner, so he won’t be here for long. The chinchillas wait for no one! But it’s always a good thing to confirm that he is in fact still alive and breathing. 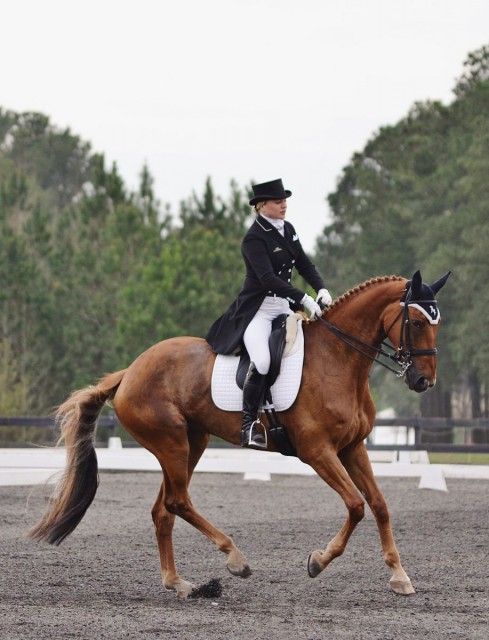 The VIP tent right by the CIC3* ring is buzzing today, which likely affected some of the more sensitive horses. Allison did the best she could with a very tense Copycat Chloe, and F.I.S. Prince Charming also seemed to be bothered by the noise. RF Smoke on the Water came undone for Marilyn, which is rather unlike him. While we saw some nice tests this morning, there wasn’t any one performance that really wowed, and there’s definitely room for the afternoon group to step up and challenge Allison and Arthur for the lead. We still have Kim Severson and Fernhill Fearless, Sharon White and Under Suspection, Sinead Halpin and Manoir de Carneville, Phillip Dutton and Shamwari 4, Buck Davidson and Ballynoe Castle RM, and Hannah Sue Burnett and Harbour Pilot still to come. Stay tuned for much more from The Fork. 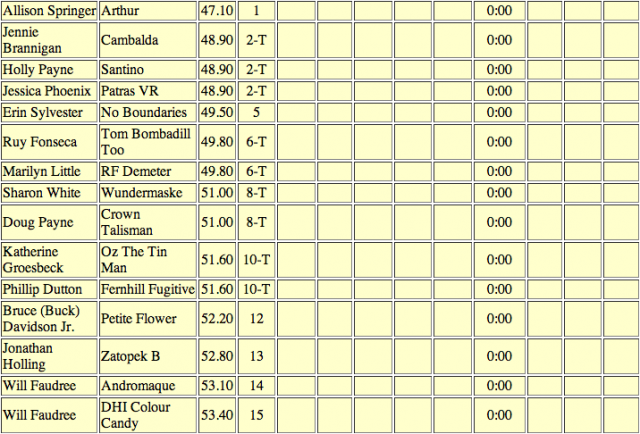