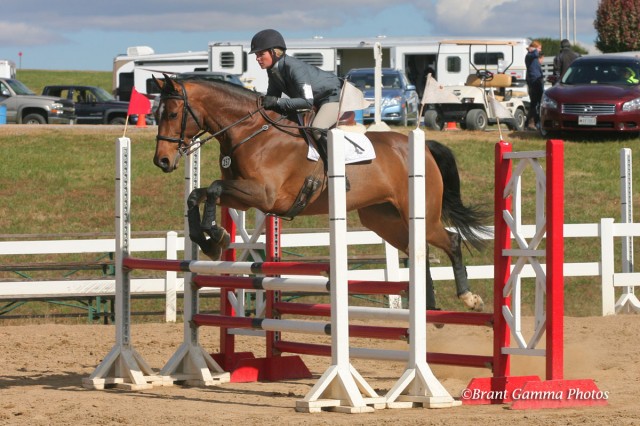 Lindsay Kelley of Phase2 Performance Horses was shopping for her next up and coming horse for what seemed like ages. “I wanted the real deal like everyone does,” she said. “I didn’t want to import because I think we have a lot of talent here that is overlooked.” After sitting on a multitude of horses, she never truly got that “this is the one” feeling, so she kept searching.

Her home base in Middleburg, Va., borders a show hunter barn where trainer Evan Culcuccio had an interesting mare who was showing a lack of interest in her career as a hunter. One day while out hacking, Lindsay saw the mare, at the time named Breathless Z, schooling and wanted to know more. Imported from England as a 5-year old, Bailey had been in training with Evan for about nine months. In talking to Evan, she found that Bailey may have been exactly what she was looking for.

“She was a show hunter and had competed on the winter circuit in Wellington, but she really hated her job,” Lindsay said. “Evan told me that she was a little too hot and could be on the lunge line for hours. He said that she wasn’t afraid of anything and that he couldn’t get her to back off the fences.” While Evan was seeing downfalls as a show hunter, Lindsay was seeing a superstar event horse in the making. Evan told her that Bailey would likely make a perfect event horse. “He said, ‘Literally I cannot scare her. I also can’t get her tired. She just hates her job.'” So he invited Lindsay over to try her out.

From the moment Lindsay got on Bailey, she knew she was onto something special. “I got on her and the jumps just kept building. I probably jumped her 4-foot-6 by the end,” Lindsay said. “She was completely unfazed. The bigger the jumps got, the better she was. There was literally nothing she couldn’t do. I asked Evan if she had ever been out of the ring, and he said, ‘No, but I promise you won’t scare her, we should go school her on cross country.'” 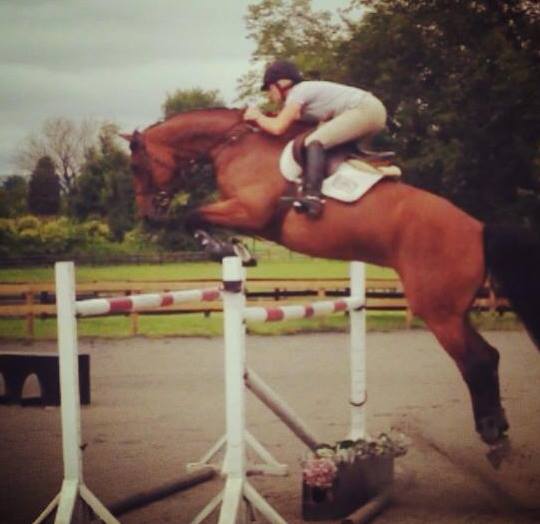 Lindsay on her trial ride with Bailey. Photo by Evan Coluccio.

So Lindsay took Bailey to Jan Byyny’s Surefire Farm to test the waters on cross country. She started out jumping a few Novice fences, and by the end of the schooling session, she had jumped an Intermediate table. “You could see her expression brighten up on cross country,” Lindsay said. “The only thing she peeked at was the water because she thought she was supposed to jump over it. She studied it, but she still went.”

Once her cross country ability was confirmed, Lindsay knew she had to have this mare. Unfortunately, the price tags on top quality hunters can be quite a bit steeper than what the average eventer is used to. Knowing how much talent Bailey possessed, Lindsay set about campaigning for an owner to support her. Soon enough, her excitement was caught by Shannon Stinson, who would go on to become Bailey’s new owner. Bailey left the hunter world for good and entered the event world as a promising star in the making.

Since acquiring Bailey and changing her name to Baileymenta Z, Lindsay has been working hard with Will Coleman and Allison Springer to transition the mare to her new career. The first order of business was to get Bailey a bit leaner than the show hunter form she had been carrying for the past few months. “She prefers to be a bit more on the lean side, which is good considering her weight was something I was a bit worried about coming into my first warmblood after having primarily Thoroughbreds,” Lindsay said.

Next week on EN’s Got Talent: Bailey is progressing quickly and shows no fear when it comes to new steps in her training. But while Bailey has immeasurable talent, she still has had to learn the basics of her new career. Next week, we will find out what methods Lindsay has used to help Bailey transition the most efficiently and what her plans are for the upcoming season.