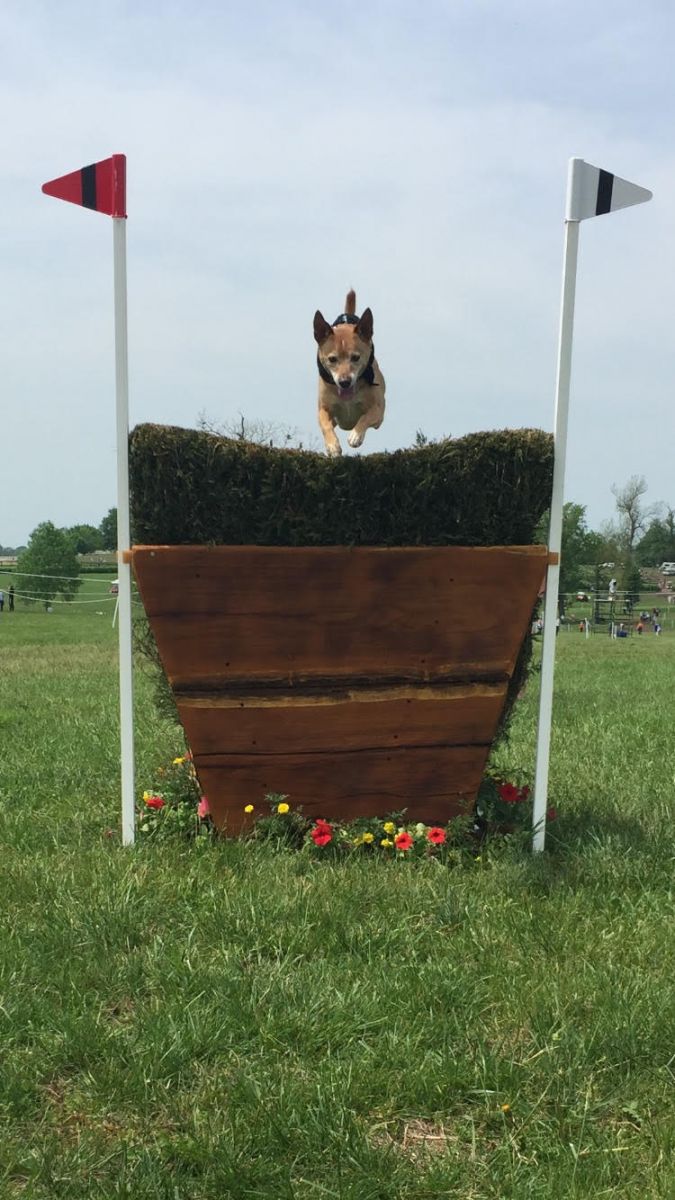 It’s another weird year in the eventing world, but we’re nonetheless thrilled that the Land Rover Kentucky Three-Day Event, presented by MARS Equestrian is set to go forward this week. In true Kentucky week fashion, we’re bringing back the much-loved Top Dog contest with a new prize this year: a new saddle pad from VIP Equestrian!

If you haven’t met the VIP Equestrian pad yet, you’re definitely in for a cool treat. This pad is not like anything else we’ve seen before, and we’re anxious to get our hands on one to try it out.

Just 8 mm thick and made from proprietary viscoelastic polymer that won’t stick or gum, the VIP Equestrian pad adds weight distribution and relieves pressure points without compromising saddle fit. It’s true that a pad should never interfere with your saddle’s fit – and in many cases, a properly fitted saddle should not require additional padding. The intention of the VIP Equestrian saddle pad is to provide an option for pressure point relief and shock absorption without changing the fit of a saddle.

The VIP Equestrian Pad retails for $179.95 and has been tested and endorsed by riders such as Phillip Dutton and Daniela Moguel. We’ve teamed up with VIP Equestrian to give away a pad (in the color and size of the winner’s choice) to the eventual winner of this year’s Top Dog contest!

Since there (sadly) will not be dogs in attendance as spectators this year, we’re turning the photo challenge over to you at home! Here’s what you’ll need to do to enter: