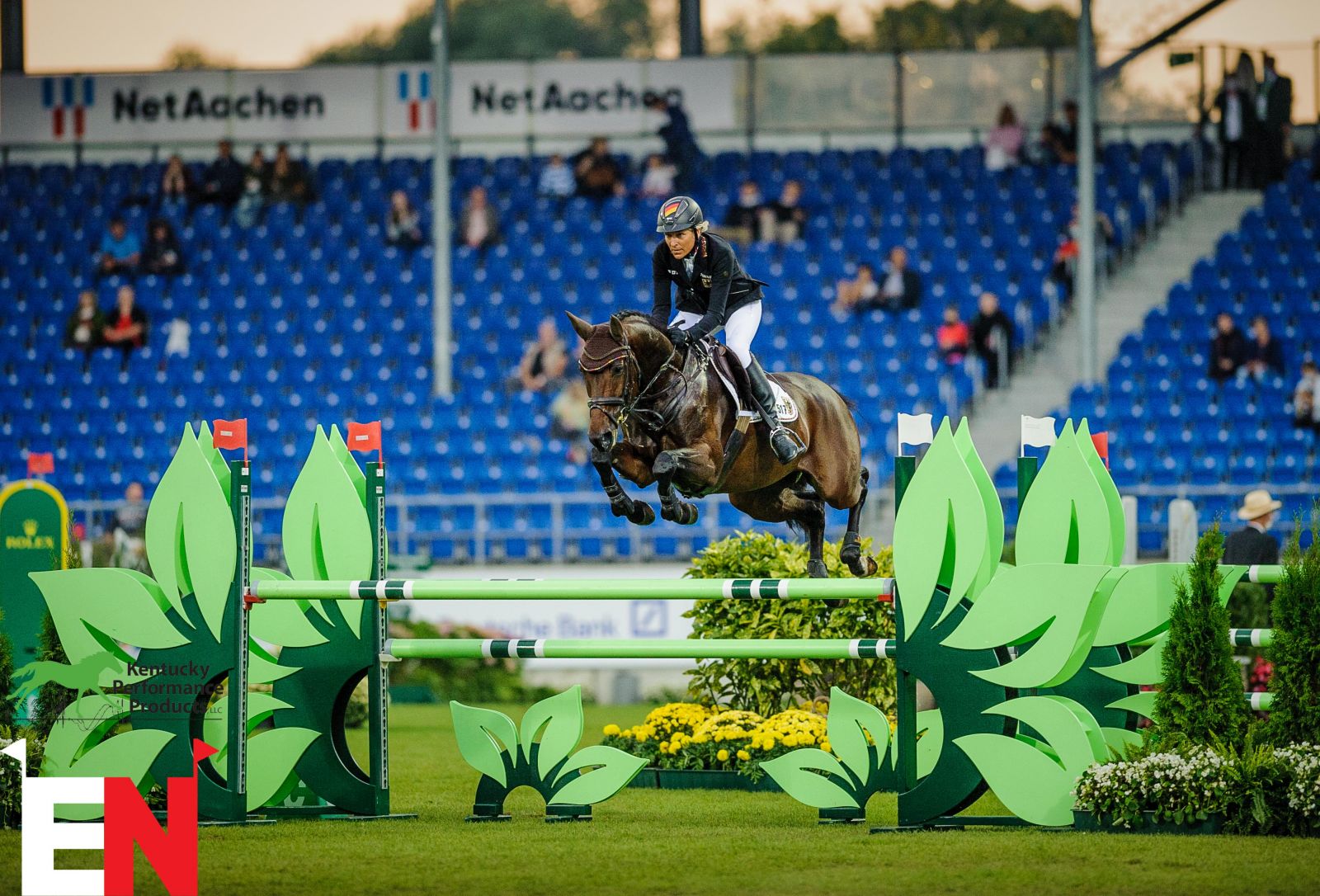 Ingrid Klimke and Equistros Siena Just Do It. Photo by Tilly Berendt.

Ahead of the World Championships, Pratoni del Vivaro is hosting a Nations Cup CCIO4*-S/test event next weekend (May 12-15) as an opportunity to test the venue for the upcoming Games. This event will also serve as the Italian Eventing Championship. Entries have just been published, and it’s quite a line-up that we’ll see. Tilly Berendt will be on the ground for us for this test event, so we’ll have the full scoop on the venue ahead of the Games coming your way very soon.

Featuring on the entry list are 12 federations, including a robust contingent from host country Italy. No Americans will compete, though Lauren Nicholson is listed on the entries with Landmark’s Monte Carlo. Lauren and her team considered the option of travel, but it’s a big trip for a 4*-S and the costs are high, so she’ll instead be traveling solo as an athlete observer for the U.S.

The full entry list, which is subject to change, can be viewed here.

Presumably we may not see all listed pairs actually make the trip down to Italy, but it nonetheless promises to be an exciting competition as well as a preview of what’s to come this fall. No doubt, the riders will be eager to get a taste as well — many will have competed here before but not all.

Stay tuned for much more news from Pratoni — and if you’re planning a trip, you can get the full details here. The FEI World Championships at Pratoni run from September 15-25, with the eventing running first from September 15-18.