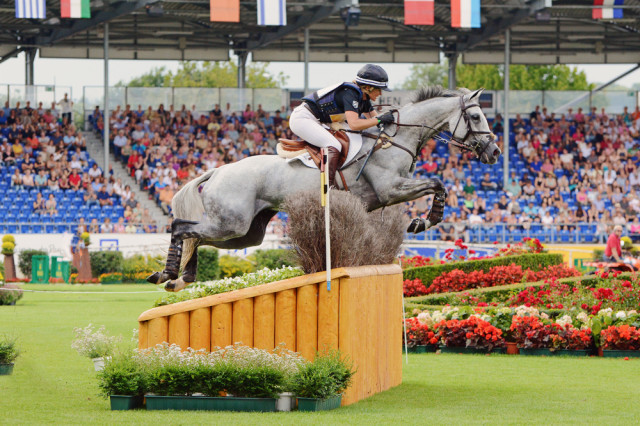 Aachen has posted the entry list for next week’s Nations Cup competition in Germany, where 43 of the world’s top riders will compete ahead of the 2016 Olympic Games in Rio de Janeiro, Brazil. Some National Federations are opting to send their Olympic team riders to Aachen on different horses, while others are keeping their Rio squad riders at home.

Germany’s Olympic team will be using Aachen as a final outing before Rio for both the team horses and riders. Michael Jung is entered with his nominated horses La Biosthetique Sam FBW and fischerTakinou, with fischerRocana FST notably absent from the list. The other German team members — Ingrid Klimke and Horseware Hale Bob, Sandra Auffarth and Opgun Louvo, and Andreas Ostholt and So Is Et — are all entered.

Equestrian Australia announced today that eight riders and 12 horses will participate in an Olympic staging camp starting July 24. Four of those horses and riders — Samantha Birch and Hunter Valley II, Chris Burton and Nobilis 18, Sonja Johnson and Parkiarrup Illicit Liaison, and Shane Rose and CP Qualified — will compete on the Australian team at Aachen.

The U.S. is one of 10 nations to field a team for Aachen, with Rio squad members Phillip Dutton and Lauren Kieffer both competing. The U.S. team is Phillip and Indian Mill; Lauren and Landmark’s Monte Carlo; Hannah Sue Burnett and Harbour Pilot; and Matt Brown and Super Socks BCF, who are listed as a reserve combination for Rio.

New Zealand named its Olympic team last week and has yet to choose which horses Mark Todd, Jonelle Price and Jock Paget will ride. All three riders are entered at Aachen on NZB Campino, Faerie Dianimo and Clifton Signature, respectively, along with Clarke Johnstone and his Olympic mount Balmoral Sensation. Traveling reserve Tim Price will also compete at Aachen with Bango.