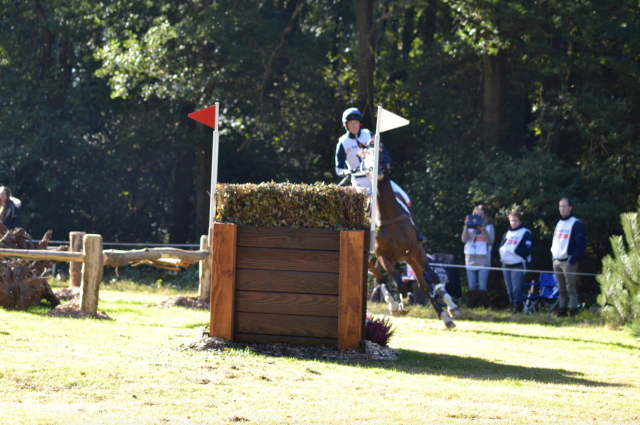 FEI 2019 Eventing Rule Article 549.2 – Run Out – Missing a Flag has proven confusing and controversial since it was implemented at the beginning of this year (click here for EN’s best attempt at a clear-as-mud explanation of the rule). A Change.org petition compelling the FEI to remove the flag rule has garnered well over 5,000 signatures, and multiple elite level eventers have spoken out publicly in favor of revision.

“For much of the 2019 season FEI 2019 Eventing Rule Article 549.2 – Run Out – Missing a Flag has been a consistent source of discussion and confusion. This past weekend at the Dutta Corp Fair Hill International this 15 Penalty Rule came into play and had a profound effect on the competition results, as well as prize money and FEI Ranking point allocations. This past weekend was not the first instance in North America that this rule has been applied with deeply warranted concerns for riders, owners and the entire eventing constituency. North American competitions have seen this rule have more influence on results than competitions held on any other continent.

“The ERA of NA would like to reiterate their support of the proposed changes to Article 549.2 that will be discussed and voted on at the FEI General Assembly November 16-19, 2019 and would go into effect January 1, 2020. The proposed updated wording would be as follows:

a) Clear: A Horse is considered to have cleared the fence when the head, neck and both shoulders of the Horse (to the point of the front of the saddle) pass between the extremities of the element or obstacle as originally flagged and the hindquarters of the horse jump the dimensions of the fence.

b) Missing a flag: A horse is considered to have missed a flag (15 penalties) if part of the Horses head, neck or shoulder (to the point of the front of the saddle) jump outside the extremities of the element or obstacle as originally flagged. The hindquarters must jump the dimensions of the fence.

c) Run-Out: A Horse is considered to have run out (20 penalties) if, having been presented at an element or obstacle on the course, it avoids it in such a way that the head, neck and both shoulders (to the point of the front of the saddle) fail to pass between the extremities of the element or obstacle as originally flagged or the hindquarters have not jumped dimensions of the fence. Continuing on course will incur elimination.

“The ERA of NA supports the proposed changes for Article No. 549.2 but the implementation and transparency of the rule going forward needs to be amended.

“While the ERA of NA believes this update is an improvement on the current rule, we also believe the following points should be considered and implemented.

The 2019 FEI General Assembly 2019 will be held in Moscow, Russia, Nov. 16 to 19. All proposed rule changes and proposed modifications can be accessed here. We’ll be sure to keep you updated.

[ERA of NA Statement Regarding FEI Article 549.2 – Run Out – Missing a Flag and Proposed Changes]