Erin Go Irish is our newest series highlighting the success of Irish-bred horses and ponies in eventing. Michael Doherty of Irish Horse Gateway will be writing each week to discuss what makes Irish horses so competitive in our sport. This week, Michael continues his look  at the year-end British Eventing rankings, which featured Irish horses in five of the top 20 spots. Last week, he wrote about Mr. Cruise Control and Calico Joe. 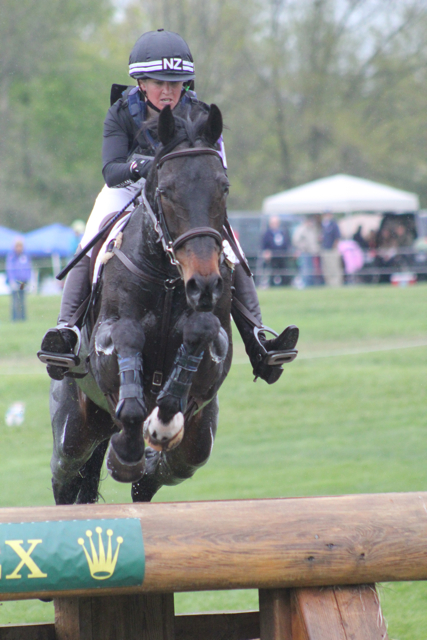 Jonelle Richards and The Deputy. Photo by Samantha Clark.

Owned by Tim Morice, Jan Morice and Lucy Sangster, The Deputy has been produced by New Zealand’s Jonelle Richards from novice through to CCI4*. The 11-year-old gelding is by the now deceased Canadian Thoroughbred stallion Cult Hero out of Catania, by the Holsteiner stallion Calypso II. Bred by James Maguire in County Wexford, The Deputy is the second international eventer bred out of Catania. Bru Maguire, a half brother to The Deputy, evented up to CCI4* with America’s Ursula Brush.

The Deputy and Richard’s recorded their best result to date when finishing sixth in the Burghley CCI4* this September. One month earlier, they took thrd place at Hartpury CIC3*, with Mr Cruise Control and Nicholson closely behind them in fourth. Cult Hero has produced multiple other CCI4* event horses, including Bay My Hero (William Fox-Pitt), Flying Machine (Piggy French) and Westwood Mariner (previously Polly Stockton and now with Piggy French). The 2013 WBFSH eventing sire rankings see Cult Hero coming in at number 13. 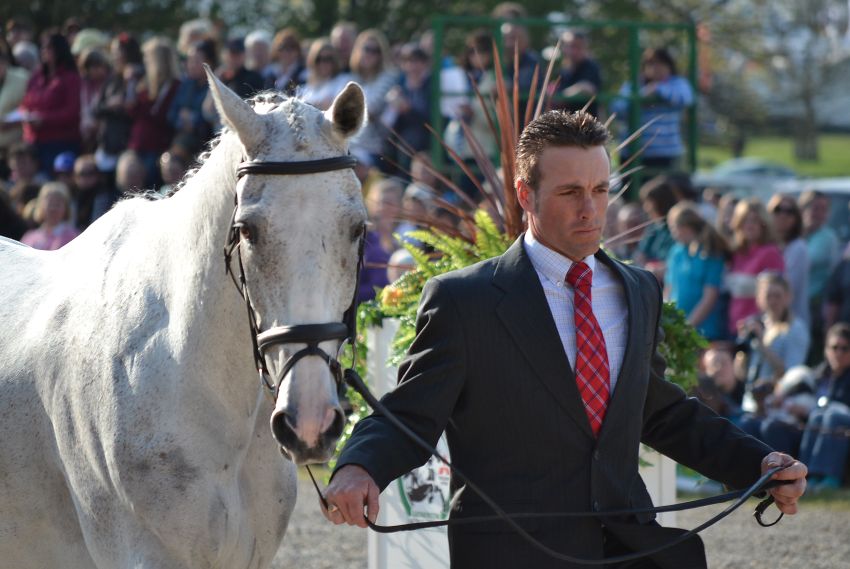 Paul Tapner and Kilronan at Badminton. Photo by Jenni Autry.

Next up is the Irish Sport Horse Kilronan ridden by Great Britain’s Paul Tapner. The 12-year-old grey is owned by Capt. Fred and Penny Barker, along with Paul Tapner. According to Tapner Eventing, Kilronan is being aimed at the 2014 World Equestrian Games in Normandy, France. In their international partnership, Tapner has already ridden Kilronan to victory in Somerly Park CIC2*, Gatcombe CIC2*, Ardingly CIC* and Gatcombe CIC3* in both 2012 and again this year.

“We all wish we had a yard full of horses like Tom (Kilronan),” writes Tapner, on Tapnereventing.com. He is so easy-going and a really lovely horse to deal with and ride. Tom is very talented in all three phases, but can be a bit of a worrier and likes to have things just so!”

Kilronan is by the now deceased British Thoroughbred sire Ghareeb, who stood with JJ Bowe at the renowned Kiltealy Stud, which was previously home to top eventing sires such as Sky Boy, Porter Rhodes (USA), Kiltealy Spring and Taldi (IRE). Ghareeb  has also sired international event horses such as Coolio (Mark Kyle) and Trig Point (Nicki Roncoroni). Out of the Diamond Lad mare Ramble View, Kilronan was bred in County Kilkenny by Patrick Fenlon. 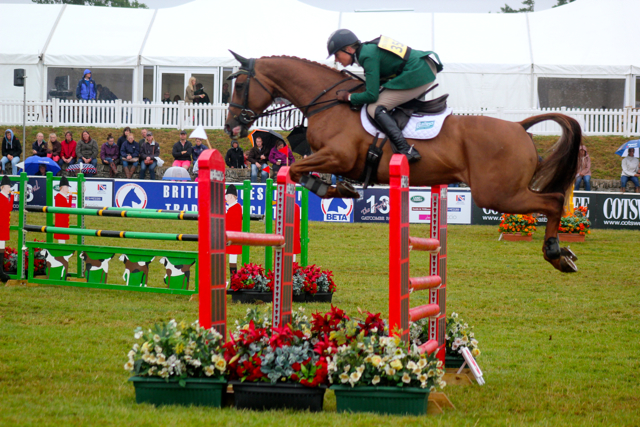 Of the five Irish-bred horses in the British Eventing top 20 rankings, Fenyas Elegance is particularly unique in that she is still owned by her breeder, P.J. Hegarty from County Cork. Now ridden by Ireland’s Aoife Clark, Fenyas Elegance was previously campaigned by Brian Morrison (IRL). Morrison and Fenyas Elegance previously represented the Irish Sport Horse Studbook at the at the FEI World Breeding Eventing Championships for Young Horses in Le Lion d’Angers, France, where they placed 18th. 2013 has seen Aoife Clark and Fenyas Elegance place second in Chatsworth CIC3*, eight in Gatcombe CIC3* and most impressively win the Blenheim CCI3* in September.

An embryo transfer herself, Fenyas Elegance is by the stallion Ricardo Z (ZANG) out of the Irish Sport Horse mare Fenya, who showjumped to the 1.20-meter level in Ireland, and by Thoroughbred stallion Good Thyne (USA).

Proud breeder and owner, P.J. Hegarty, spoke to the Irish Examiner about the mare in the fall: “She has class and style in all three disciplines, and there is more improvement in this mare, and I would be very surprised if she did not make it to the top. Of course, luck is a requirement too… It is the most exciting thing that has hit us in a long time, and exciting times lie ahead.” He also spoke with Irish Horse TV.