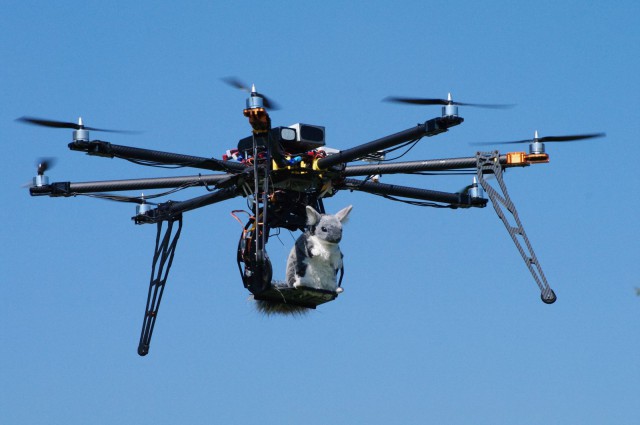 Chinch is working on his own illegal live-stream. We’re not associated with him. Photo by Dave Taylor.

Hark, you queens (and kings) of the surreptitious live-stream; you sneaky savants who can wield a dressage feed and a spreadsheet simultaneously with nary an odd look from your boss. We know you’d love to throw down your work – dramatically, one would assume – and jump on a plane to Germany for this week’s European Championships, but we also know that if wishes were horses, we’d run out of grazing space worryingly quickly. But even if you can’t be at Luhmühlen in body, you can certainly be here in mind, spirit, and WiFi connection. Read on for the worldwide hook-up, plus some novel ways to follow along, get competitive, and link up with fellow eventing nerds around the globe.

Live-stream: If you’re based in the home nation but can’t attend the Championships, you’ll be able to watch every phase – including the medal ceremony – via ClipMyHorse.tv. There’s a catch, though – you have to be a paid member to tune in (and you need to be in Germany – this won’t work for members in other countries). While most CMH livestreams can be viewed for free in the small player, the fine print in the broadcasting agreements for the Euros means that you’ll need to sort out a subscription if you haven’t got one. The good news? You can cancel anytime, and the fee is a meagre €12.95. Not too shabby for four full days of action.

TV Coverage: There’ll be a quick glimpse of the competition on ZDF SPORTextra on Sunday, 1 September. The programme itself is on from 2 p.m. until 5.30 p.m.; Luhmühlen will have an approximately ten minute slot from 3.45 p.m. Sportschau on ARD will also provide some coverage on Saturday, 31 August, from 2.40 p.m. until 3.30 p.m.

Live-stream: Double-check your FEI TV membership, because that’s the one and only option for live-streaming if you’re anywhere other than Germany.

TV Coverage: The BBC will provide red button coverage of the competition live on Saturday, 31 August and Sunday, 1 September – you’ll be able to watch this on iPlayer or on TV by using, well, the red button. Failing that, you can tune in directly to the red button feed on Freeview channel 601, Freesat channel 981, Sky channel 980 and Virgin Media channel 991.

Want even more highlights? Horse&Country TV will be broadcasting an hour-long roundup of all the best bits, which will air on Thursday, 5 September at 8.00 p.m. You can watch on their Sky channel – 184 – or through their subscription-based streaming service, which can be accessed on their website, through their app, and through Apple TV, Roku, Fire TV, Chromecast, and Android TV. This will be available in all of H&CTV’s territories (Ireland, the Netherlands, Sweden, and Germany, as well as the United Kingdom.)

Live-stream: You guessed it, pals: it’s FEI TV. After all, it is their championship.

There’s plenty of entertainment on offer that you can enjoy whether you’re on-site or following along from home. SAP – the company best known for making sports data fun – will be hosting their incredibly addictive Spectator Judging game. If you’ve played along during the Event Rider Masters – or, indeed, the plethora of other competitions in which it’s been utilised – you’ll know the Monopoly-esque levels of ferocious competitiveness it inspires.

The premise is simple: judge the dressage yourself, either by awarding a final mark or by judging each movement, and see if you can observe like a top judge does. It might not sound like a rousing sesh of Candy Crush, but once you’ve released that first guttural roar after nailing the numbers, you’ll be hooked. You’ll also be able to make predictions about the jumping phases, so brush up on your knowledge with our form guide and see how your guesses stack up to other players around the world. You can download the app from the App Store if you’re on iOS, or from Google Play.

Even more achingly addictive? EquiRatings Stacks, the stats-based guessing game that can win you some seriously good swag. This live strategy game allows you to build stacks by answering consecutive questions correctly – get one wrong, and your stack tumbles like a particularly nerdy Jenga tower. Find it on the App Store and Google Play.

You’ll also be able to follow along with each rider on SAP‘s innovative rider tracking system – check out this video to see how it works:

We’re unapologetic fans of EquiRating‘s Eventing Podcast, and there’s plenty for you to catch up on from the team. Expect a full Euros preview soon, and in the meantime, enjoy their heart-to-heart with British squad member Kitty King as she dishes the dirt on what really goes on behind the scenes. Then, download the Flick app to access the busy and brilliant podcast group chat – with a chat group specifically for the Europeans, you’ll have instant access to a great gang of fans who are happy to delve into all the minutiae your friends, family, and long-suffering other half don’t fancy.