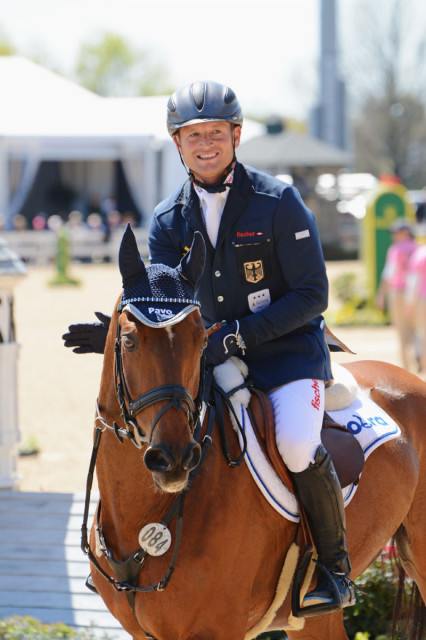 As if Michael Jung needed more prize money to line his pockets with — ok, who are we kidding, there is never enough prize money to support this habit of ours! — the mixed European team sealed the deal to clinch the win in the Dubarry of Ireland Nations Team Challenge.

Michael Jung, Tim Price, Bill Levett, and Austin O’Connor all had great days in the Rolex Stadium this afternoon, finishing on a final cumulative score of 145.6 ahead of Team USA, who finished on a final score of 250.2.

Although we said yesterday that it would take a disaster of monumental proportions to dethrone the European dream team, it’s still a sport of ultimate highs and heartbreaking lows. Truth be told, anything could have happened today over Richard Jeffery’s tricky course, but the Europeans could be counted on to deliver.

Jennie Brannigan and Cambalda lowered a rail and had a time fault to complete on a final score of 100.9, and Holly Payne piloted the Fox Syndicate’s Never OutFoxed in his first CCI4* to top-20 finish. Team USA finished their weekend on a final score of 250.2.

Team Great Britain had a rough patch of luck with Zara Phillips withdrawing High Kingdom and James Alliston falling from Tivoli on cross country. Although the team’s remaining members, William Fox-Pitt and Nicola Wilson, did their part and finished beautifully as expected, the extra 1,000 points added put them out of reach of the Nations Team Challenge top prize.

It was another great weekend of competition at Rolex Kentucky, and though Team USA didn’t pull off a repeat victory it was certainly a privilege to see the world’s best give us all a few lessons on how it’s done. I’m sure we’re all feeling very inspired this morning, so get out there and chase your own Rolex dreams!

Many thanks to Dubarry for a great year of Team Challenge competition. We’re updating and tabulating the final Fantasy League scores as we speak, so stay tuned to find out who wins the big prize! 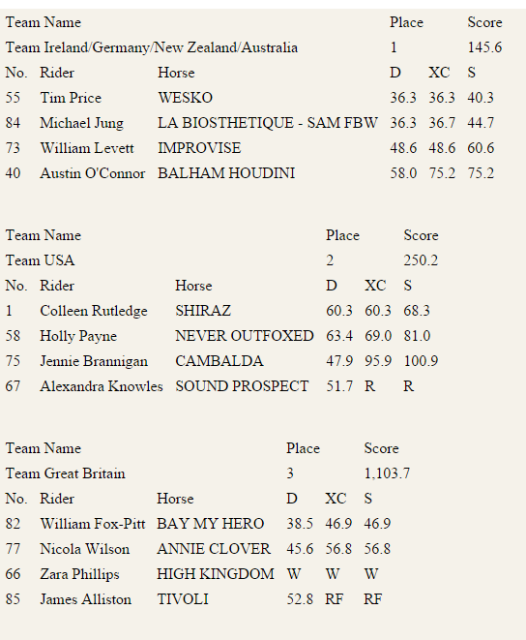