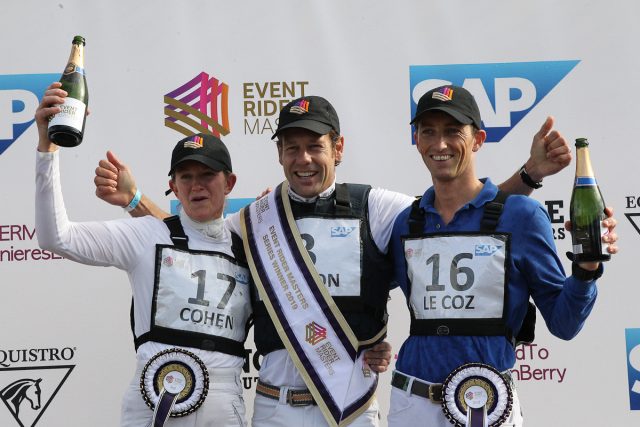 A year for the books: the 2019 ERM series podium. Photo courtesy of Event Rider Masters.

As the European season whirs into motion, the popular Event Rider Masters CCI4*-S series is keeping one eye on the past as it delves into an in-depth analysis of key performance indicators over the previous seasons.

An industry-standard independent audit, conducted by SMG Insight, revealed an uptick in global fan engagement with the series through the 2019 season. The audit shows that digital audiences – that is, those who watch the series through an online streaming service, Facebook, or through the ERM website – are up 23.5% from 2018, while terrestrial television coverage was boosted by 72 hours, with the Lignieres-en-Berry final reaching a whopping 1.8m viewers on TV alone. Social media reach has doubled through 2019, while press readership is up by nearly 150%. In total, these engagement boosts represent an increased sponsor value of 16.1% – this means that the series is now worth an estimate £61.2m to advertisers.

So what does this mean for you, the viewer? Well, it’s a big step in the right direction for television coverage of our sport, as it showcases the viability of the sport on the silver screen and proves that eventing can make a splash globally.

In the wake of this announcement, the ERM has decided to amend its 2020 season plan, opting instead to deliver a shortened season of four legs, down from the six originally announced at the end of last year.

“We are excited to be entering our fifth year of existence, with continual improvement and innovation remaining core to the ERM organisation,” says Operations Director Paul Tapner. “We will continue to create exciting new innovations to the presentation of Eventing sport in 2020. For this Olympic year we have decided to condense and intensify the 2020 Masters season, providing a crescendo of sporting excitement into the Tokyo Olympics.” 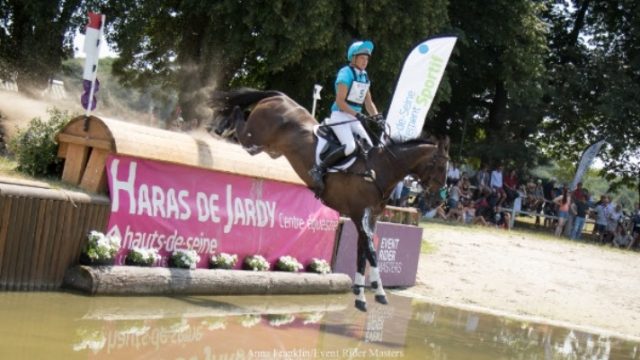 Jardy will provide the stage for the action-packed finale of the 2020 series. Photo courtesy of Event Rider Masters.

The condensed season will begin in the UK at the Barefoot Retreats Burnham Market International Horse Trials (April 10-11), a popular event on the British calendar and a new entry to the ERM line-up. Then, the series will head north-west to the Dodson and Horrell Chatsworth International Horse Trials in Derbyshire (May 16-17), which has previously acted as the series’ opener. The third leg will return to Belgium’s Arville Castle (June 27-28), while the finale will now be held at the popular Haras de Jardy venue just outside Paris (and just in time for Bastille day, with its July 11-12 spot on the calendar).

With four fixtures comes increased pressure for each performance to count – with no space to play catch-up, the new calendar removes any wiggle room and should dish up four exciting legs to keep us all occupied until we turn our attentions to Tokyo. In addition to a revised calendar, Tapner also promises a significant increase in television offerings in 2020.

“Every year the ERM series has increased its reach to global audiences. Through new live broadcast formats planned for 2020, ERM will continue to grow its fan base worldwide,” he says, attributing the series’ success to its mutually beneficial partnerships. “Independent analysis standard to the sports industry demonstrates that ERM provides enormous value to its sponsors. We have an exciting array of sponsors aligned with ERM for 2020 and we look forward to welcoming new sponsors for years to come.”