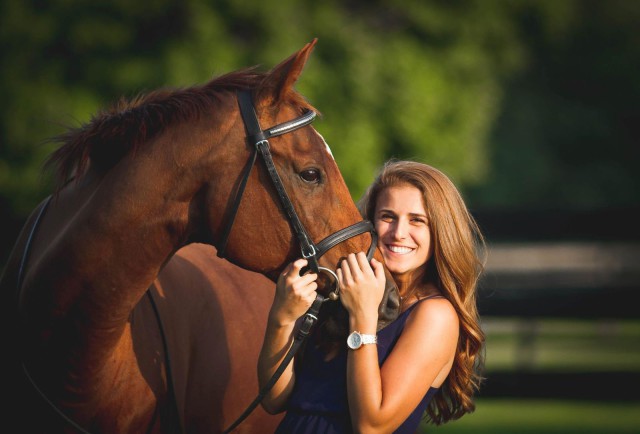 The Maccabiah Games — think Jewish Olympics — are held every four years, providing Jewish athletes from all over the world the opportunity to share their heritage and customs in competitive athletic settings. The Games commenced in the 1920s at a time when Jewish athletes were frequently excluded from athletic clubs and team participation and have continued for the past 80 years. Now the Games are the third largest multi-sports competition in the world.

“I have huge shoes to fill as the only eventer on the team,” Andrea says. “Cloe, Haley and Sydney are amazing riders.”

“I am already nervous since I really want to make everyone here proud, but my excitement for the Games is overwhelming,” Andrea says. “I can’t wait to grow as a rider and gain experience in an international setting.”

Andrea will no doubt rise to the occasion. The 22-year-old is an accomplished eventer who has competed through the two-star level. She began riding at the age of 6 in her hometown of Louisville, Kentucky, under the tutelage of Carrie Barrick.

“I’ve always been obsessed with horses,” she explains. “I think it’s in my blood because my mom, sister and brother rode as well until I was about 13.”

Currently a senior studying marketing at Auburn University, she now trains with Julie Richards in Newnan, Georgia, driving an hour and 10 minutes each way after her classes to ride.

“It’s absolutely worth it because she has helped my riding tremendously,” Andrea says. “Luckily, she has so many horses at her barn that she lets me ride and jump, so I am getting used to jumping all different kinds of horses. Phillip Dutton comes down and teaches lessons as well, so I really think I have the best coaches I could ask for to help me prepare for the Games.”

The experience of riding a variety of horses will come in handy at the Games, where she will catch ride a horse assigned to her. In preparation for the Games, she is planning on competing in Georgia Horse Park jumper shows this spring to hone her skills over the colored poles. She will also be spending a week training with show jumping trainer Neal Shapiro, who won team silver and individual bronze at the 1972 Olympics in Munich and twice won the Grand Prix of Aachen. 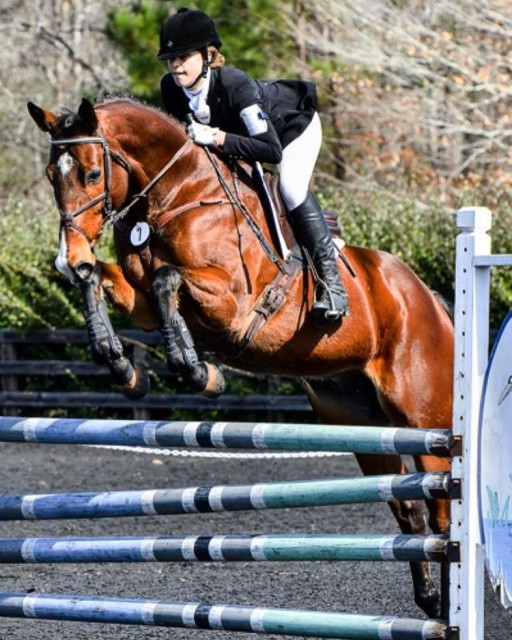 Andrea’s experience competing in a team setting will also prove valuable. In addition to being a member of the Auburn Eventing Team, she was twice selected to compete at NAJYRC in high school. Sadly, her horses went lame weeks before the event both times but she still went to groom one year. She has also competed in more than 10 Pony Club rallies.

Team USA coordinator Sandra Cohen says that the team component extends beyond the competition itself, as the whole experience is designed to foster community and connection.

“Riders from Team USA will first have the opportunity to participate in Israel Connect, a seven-day immersive training and touring program across Israel to sites like Jerusalem and the Dead Sea,” she explains. “Israel Connect allows Jewish athletes from Team USA to get acquainted with the land and people of Israel, as well as their American teammates, nearly 1,200 strong.

“Riders will march into the Open Ceremony at Teddy Stadium in Jerusalem, wearing their red, white and blue, among 8,000 Jewish Athletes from around the world. Additionally riders will get to know other equestrians from all over the world, with athletes representing other countries, expected to include: Austria, Brazil, Holland, Hungary, Israel, Mexico and Spain.”

Team riders were selected based on their show records, application essays and video observation. Andrea sent in video of her clear show jumping round on Detail Specialist, whom she describes as “one of my favorite horses,” in the 2013 Red Hills CIC*. 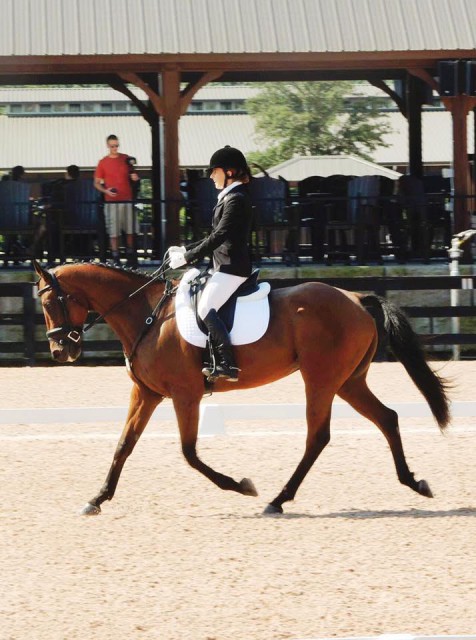 “Ever since they added equestrian to the Maccabiah Games, it has been a dream of mine to ride on the team,” Andrea says. “I was in shock when they called me. I was walking home from class with one of my best friends and just started jumping up and down trying not to scream into the phone. I was, and still am, in shock that it’s all happening!”

Andrea has a big year ahead of her. After graduating in May and competing in the Games in July, she will start a job as a marketing intern at the Victoria Racing Club in Victoria, Melbourne.

“I just hope I can absorb all of it and make the most of these unbelievable opportunities,” Andrea says. “I want to be at my best going into the Games and between graduating college, representing the United States and moving to Australia, I want to grow as a person and rider, learning as much as I can along the way.”

Andrea says she is grateful for all the support and well wishes she has received in the lead up to the Games, in particular her mom Karen Abrams and dad Jeff Glazer and Peggi Bindner: “I wouldn’t have been able to do this without them.”

To support Andrea in her journey to the 2017 Maccabiah Games, visit her fundraising page here.