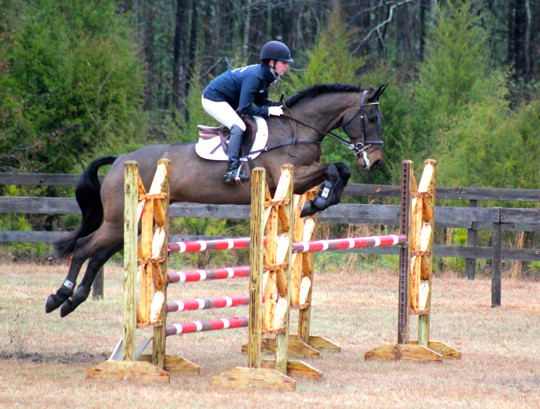 Jenny Caras caught the horse bug right around the age of three, a habit her parents thought perhaps she’s lose interest in and give up on before too long. At the age of 12, as a Christmas gift, Jenny attended an O’Connor Event Camp, and that’s where David O’Connor told her parents that if she hadn’t quit yet, she wouldn’t be anytime soon. David said it was about time to buy Jenny a horse for her to begin fulfilling her potential.

Now, seven years later, Jenny has just been named to her third Eventing 25 training list, and she’s working on making a name for herself in the upper echelons of the sport thanks to the help of a few special partners on the way up.

“I’ve worked with a few different people, and I’d have to say that Julie Richards has been one of the biggest influences,” Jenny said. “She was the one who found Fernhill Stowaway, who would go on to take me to my first Eventing 25 list as well as Young Riders.”

Jenny produced Fernhill Stowaway, who she’d purchased at the age of four when he only had a handful of rides under his belt, through the two-star level before he suffered a pasture accident that ended his career early. “We were going to step up to Advanced this year, but the injury was just too much and we were lucky we could even save him. Now he’s happily retired at my parents’ farm, and I’m hoping to maybe do some rehab work with him this winter so my mom could do some dressage on him.” 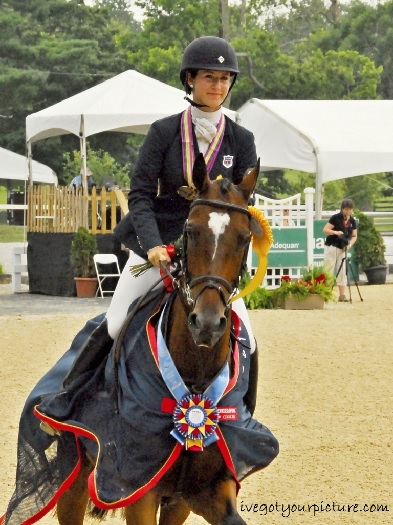 Fortunately, Jenny had another horse waiting to step up to the plate, as in 2011, Julie Richards’ close friend, Phillip Dutton, made a trip to Ireland. While there, he called Julie with an eye on a horse by the name of Fernhill Fortitude, an Irish Sport Horse who Phillip thought would be a good match for Jenny.

“Forty was seven when I got him, and he’d just done some show jumping and no eventing,” Jenny recalled. “I think Phillip knew that I’d produced my previous horse on my own, and he saw that this horse would be able to forgive my mistakes and not get anxious. He had enough jumping ability that he would be able to help me out if I made the wrong decision.”

Jenny and ‘Forty’ took their time building their partnership, and they’ve made great progress as they’ve continued to solidify their bond. By 2012, Fernhill Fortitude had stepped up to Preliminary and showing the makings of being able to continue moving up. “I’ve produced him with the help of Julie and Phillip, and we did our first Advanced at Pine Top last year and then stepped back and had a light but solid season at the two-star level.“

The pair finished off their 2014 season with a 39th place finish in the CCI2* at Fair Hill, hovering around the middle of the pack with a clear cross country trip and a couple of rails down in show jumping. Looking forward to this year’s training sessions, Jenny is most looking forward to some help with her dressage, as she intends to become more competitive in the first phase this year. 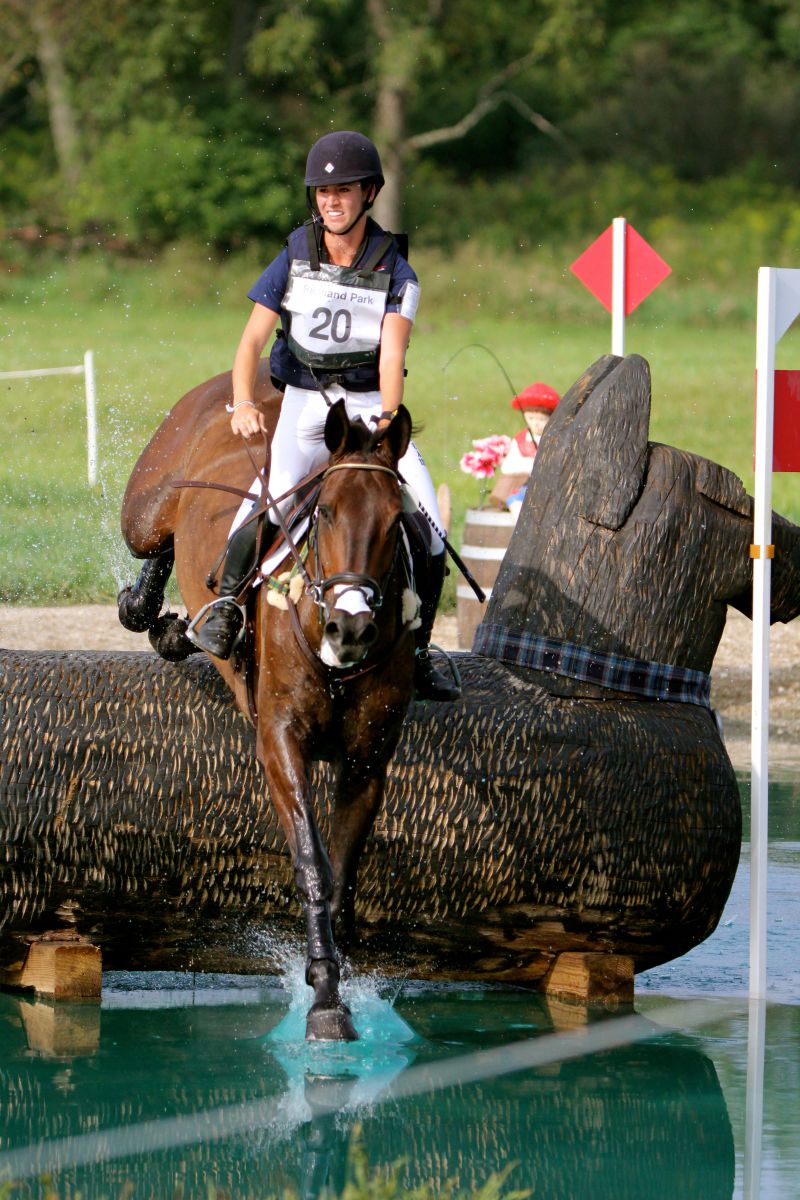 Jenny Caras and Fernhill Fortitude in the Richland CIC2*. Photo by Kasey Mueller.

“It’s always exciting to try something new, and I can’t wait to work with (Developing Rider coach Leslie Law),” she said. “I owe a lot to David for getting me into the sport and for all of his help through the years, and this will be a great opportunity to try a new experience. In the past, I feel the dressage help was something I kind of put off, and I’ve found you can never really have a bad lesson. As long as you go in with an open mind, you can at the very least learn what doesn’t work for you.”

Long term, Jenny has her eye on acquiring another horse to produce to the upper levels, and would eventually like to take on her first four-star. “We always talk about the four-stars, but you never know if you have a four-star horse until you’ve done it, so we’ll have to see how it goes. But, yes, I would like to get to that level at some point in the future.

“I also worked a bit with Matt Flynn and had the opportunity to learn more about the sales side of a business, and I think I’d really like to get into the buying and selling as well. Matt’s got such a great business, and a high turnover rate because he is really good at producing the horses and knowing what they want to do. I’d like to be able to do something like that, and perhaps some teaching, later on.”

Jenny’s just started working for Phillip Dutton, and she’s thrilled to be partaking in the training sessions this year. With some great coaching behind her and enough talent to get her there, we’re excited to see her soar this year. Good luck, Jenny!