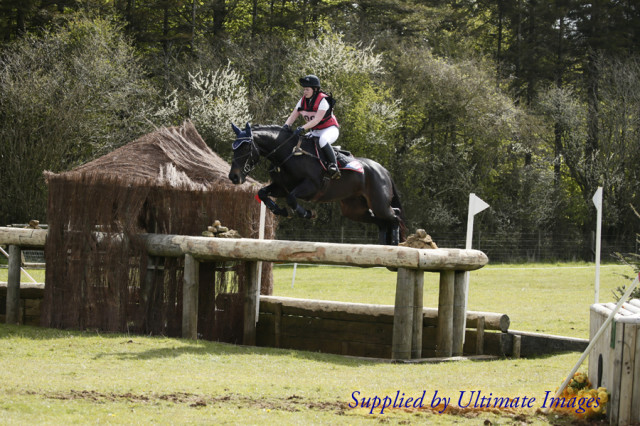 The Olympics only come around every 4 years, but they provide a worldwide stage on which to shine the spotlight on our incredible sport of eventing. Almost every little girl and boy that rides dreams of going to the Olympics and representing their country. The Olympics not only highlights eventing for the equestrian community but also for individuals that come from non-horsey backgrounds. The Olympics may be their first introduction to eventing. They may never reach the dizzy heights of the Olympics but they can enjoy the journey, understand the magic that is eventing and experience just how special the relationship is that we establish with our equine partners. The humans aren’t the only athletes in eventing at the Olympics. The horses are truly amazing athletes too… brave, agile, full of heart and majestic.

“Did you know? It took until 1964 before women were allowed to compete in eventing at the Olympics… Now the equestrian disciplines are the only ones at the Olympics in which men and women, mares and geldings compete against one another on a level playing field.”

The perceived lack of value and threat of eventing no longer being designated a slot at the Olympics is indicative of a wider problem. One aspect is public awareness and support of eventing. Eventers are often seen as elitist, riders and horses are not regarded as “true athletes” through lack of knowledge and understanding of what it takes. It is also underestimated how difficult it is to be successful with both horse and rider performance peaking at the same time. There are so many factors in eventing with both the horse and rider that it takes a village not just a team.

Although the Olympics provides a unique platform, eventing really has not been able to take full advantage of this once every four years opportunity, unlike other Olympic disciplines. We have to rectify the situation if we are going to keep eventing in future Olympic games and continue to grow and evolve our sport. There are loads of potential Olympians, four star riders and owners as well as riders that can be brought into the amazing world of eventing through the promotion of the Olympics.

Other sports such as swimming, track and field or gymnastics to name a few, take the public on the journey that their athletes take in order to get to the games. Through the magic of mainstream television and technology we get to follow Olympic hopefuls as they attend team trials. The public is educated on what it takes for them to qualify, we recognize and admire the commitment, drive and determination that these athletes demonstrate to get to the top of their sport as well as the pride and accomplishment of being chosen to represent their country. So much so that when the Olympics start, we feel that we know those athletes that we have watched qualify, we patriotically support and cheer them along and rush home from school or work so that we can follow their progress and hope they succeed. How many of us wipe away a tear of pride and admiration from our eyes as an athlete we have followed stands on the podium watching their national flag being raised for all to see…

So what can we do?

We need to make eventing more accessible and understandable to the general public. With the ever-growing technological advances in our country and the world this is possible. Live streaming of events is occurring which is a fantastic start, and helps those unable to travel to an event catch the main action. A recent example being Ride On Video live streaming of the FEI divisions at The Event at Rebecca Farm, owners, friends, and family unable to travel could watch their horses and riders compete. Even I could watch and enjoy seeing my friends compete all the way from England. I cannot tell you how exciting and fun it was being able to watch it, since I am clearly in a different country and on a different time zone.

However in the UK they are taking that to a whole new level with the Event Riders Masters. Look at what they have achieved in running just 3 legs, they have not only captured the excitement of the top riders in Europe with the prize money they have made available, but they now have over 90 countries apparently tuning in to watch (covering a wide range of time zones which means some folks are more than happy to set that alarm clock super early in order not to miss the live action) so there is interest and demand… They are making our sport accessible to the public, they are profiling riders, providing commentary to explain dressage movements, we get commentary on what questions the various fences on the cross country course are asking of both horse and rider and most importantly we start to get to know the riders and their horses.

This could evolve to having interviews with owners and grooms and bring us some behind the scenes footage of what it takes to get the horses ready for each discipline. I have non-horsey family members that had no clue what it really involved for me to event, but they are loving watching and learning from the televised ERM series.

So yes the value of eventing in the Olympics is huge, there are several areas that need to be addressed but I feel passionately that if we could help educate the public, not only on what we do but what it takes to be able to have horse and rider fit and competent to compete at the highest levels, the years of training for both athletes, the hours that go into achieving that success, the highs and lows, then I do think that the public will get behind us and that new owners and riders will want to be a part of our community.

In the meantime we can all do our bit to help promote and educate folks on our sport, and not leave it just to the upper level riders, maybe we could have ambassador mentor programs… When I was in school I would show my teachers and friends video as well as do projects when it was appropriate about eventing. The feedback and response I got was huge. Every time I got back from a show I had tons of teachers, friends as well as staff asking me how it went and if I had any video or photos to show them. If everyone does a little something like that it wouldn’t take long for the public knowledge of eventing especially in the US to grow.

In the UK eventing and riding in general is so much more cultural. Everyone knows someone who has horses or rides. My doctor even knew what eventing was and had a lovely long conversation with me about all my horses and how it was going. That is because not only are there more riders in the UK but also because the London 2012 Olympics did a great job at publicizing because Zara Tindal (Zara Phillips at the time) was competing, so it highlighted eventing and put it in the spotlight. You also have people like William Fox Pitt, Oliver Townend and Mary King who are basically celebrities over here and are constantly interviewed and reported on in magazines as well as online.

If we can get this to be done at every Olympics as well as get the general public knowledge up, our sport would benefit immensely from it. If we can get something like that in the US I think it would help gain more support for eventing. If we can do more interviews and get event riders in magazines and online that aren’t just strictly horsey but sports oriented, I think it would do a lot for the sport. The US is also huge compared to the UK so it will take a lot more work as well as a lot more people to get eventing known amongst the public. So in the meantime everyone can do his or her part to help get eventing in the spotlight. Eventing needs you!

My name is Sophie Hulme and I am 20 years old. I originally come from California where I did three-day eventing and trained with James Alliston. I competed all three of my horses there until fall 2015. In the fall of 2015 I left the beautiful, warm and sunny California for England. I have dual citizen ship for England and the US and I started school at Hartpury College in September. I took two of my horses with me. Gorsehill Belle and Ice Cool Cooley and the third is Thomascourt Cooley, which is still back home competing at the preliminary level until I take him on over here. I am here at Hartpury studying Equine Science as well as training and riding with International event rider Nick Gauntlet. I have been competing in the UK since April at the novice level (prelim). I have competed back home to the CCI 1* level and I will be moving up to intermediate over here in a month.