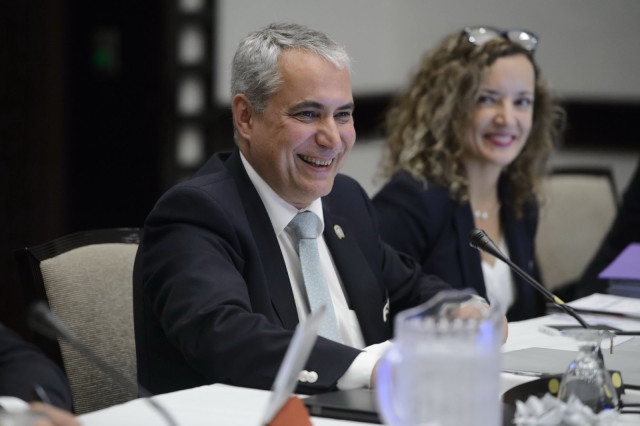 The FEI has announced key decisions from yesterday’s FEI Bureau meeting in San Juan, Puerto Rico, ahead of this week’s FEI General Assembly. Five of these decisions directly affect eventing.

You may remember that the topic of re-naming the sport came up during the FEI Sports Forum earlier this year. The topic is back on the table now, as the FEI Bureau approved the FEI Eventing Committee’s request to “review the discipline name of Eventing.”

The FEI Eventing Committee will work with the FEI Corporate Communications team and other advisers to propose new names for the sport, “with the ultimate goal of ensuring full understanding of the discipline by fans and wider stakeholders.”

The FEI has already suggested three possible new names for the sport: Equestrian triathlon, Equestrathon and Tri-equathlon. More than 3,000 EN readers voted for which name is the worst possible choice back in April, with Tri-equathlon winning in a landslide victory.

Here’s a look at the other four eventing decisions approved by the Bureau:

New rules have been approved for the 2016 FEI Nations Cup, including a modified points system to “ensure a less predictable result before the Final event.” Additionally, only seven out of the nine events in the series will now be counted toward the final standings. The new rules will be published here on the FEI website.

The FEI Eventing Committee will propose formal FEI rules to govern indoor eventing competitions at existing FEI jumping and dressage events, such as this past weekend’s Horseware Indoor Eventing Challenge at the Royal Winter Fair.

The FEI Bureau will review proposals for the Eventing Riders Masters, a new series that would initially be made up of FEI events held in Great Britain with the intention to expand to other countries. A decision on this series will be made at the second FEI Bureau meeting following the FEI General Assembly later this week.

The Africa Eventing Cup Series will also be reviewed. This development project series currently consists of two events in Zimbabwe and South Africa and will expand to Namibia and Zambia in 2017.

The FEI Bureau also announced technical committee appointments, and congratulations are in order for the USA’s own Marilyn Payne, who has been appointed to a four-year term on the Eventing Technical Committee to replace outgoing member Gillian Rolton.

Click here to see the full FEI Bureau report, and stay tuned as more news emerges out of the FEI General Assembly in Puerto Rico.