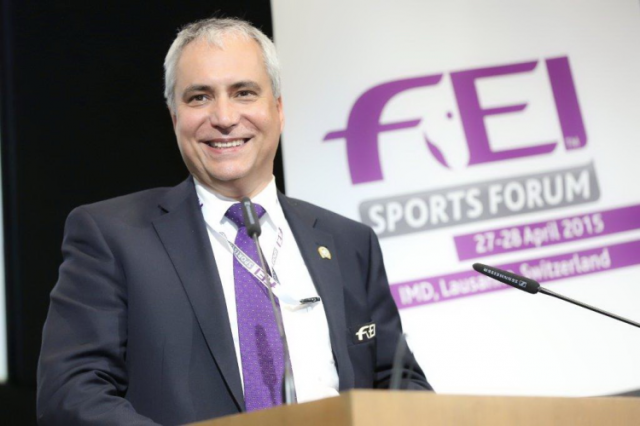 The spring in-person meeting of the FEI Bureau, held at the FEI Headquarters in Lausanne (SUI), took place this week. A full summary of the main decisions made during the meeting can be reviewed at this link. Let’s take a look at some key decisions that will impact eventing.

The U.S. has been awarded a 2016 Nations Cup date for eventing, but the venue and date have not yet been revealed. Great Meadow confirmed to EN that they were the only venue to apply for a date, so that’s likely the venue. Now we await the date and official announcement. Hosting a Nations Cup in the U.S. will drastically improve our chances of impacting the series and securing a spot on the leaderboard.

The Bureau was updated about the external audit of eventing by Charles Barnett, former director of Ascot Racecourse. According to the FEI’s meeting report, “The expert is currently concentrating on statistics and is interviewing various parties.”

The report is expected to be finalized at the end of the year and will contain an analysis of horse falls related to jumping efforts on cross country, risk factors associated with falls and a review of the qualification systems. If you need a frustrating reminder of other changes proposed by Charles Barnett, including changing the name of the sport to Equestrathon, click here.

In response to concerns about the complex logistics and high cost of staging the Games, the Bureau approved the principle to control the number of participants in each discipline at WEG. This is considered key for the future of the Games, particularly for attracting new organizers and establishing TV partnerships, which FEI President Ingmar De Vos has made clear is a priority since the start of his term.

The Bureau approved a proposal that the maximum entry fees charged for FEI events do not include value-added tax or other government taxes.

A new administrative system will be implemented for the Equine Anti-Doping and Controlled Medication Programme (EADCMP) in 2016. With that, the number of horses to be tested at events will no longer be a stated requirement and testing will not only take place at 3* events or higher, but at any level of event determined by the FEI Veterinary Department.

Currently, Article 1057 in the FEI Eventing Rules for 2015 states that sampling must be carried out at CCI3*, CCI4*, CIOs, World Cup Qualifiers and Cup Finals, Championships and Games, and at events where EADCMP sampling is compulsory, 5% of Horses, or a minimum of 3, must be tested.