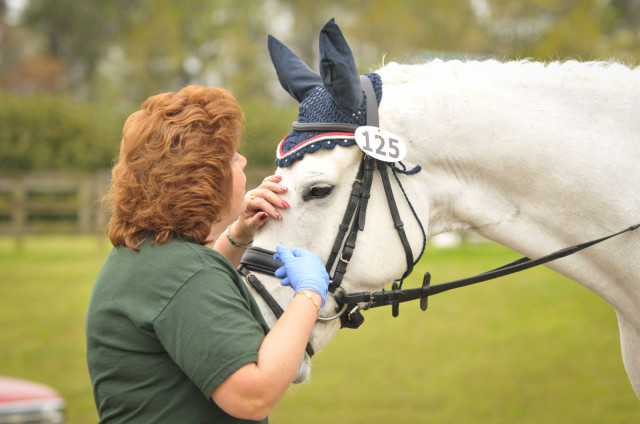 Discrepancies during mandatory bit checks have prompted the FEI to reiterate their 2019 changes to bit rules for eventing dressage. Photo by Leslie Threlkeld.

The Fédération Équestre Internationale has republished their FAQ on tack and equipment following ‘inconsistent application’ of the rules throughout the previous year of competition – but this republication has led to some confusion after the news was widely shared from a post on the Eventing Riders Association International Facebook page.

“We have received confirmation from the FEI regarding the use of the French Link for Eventing Dressage,” reads the ERA post. “It is not allowed for the Dressage test. The 2020 Eventing Rules Annex A – Permitted Bits does not include any diagram with a “plate” section in the bit under “permitted mouthpieces”, therefore any bit with a “plate” is currently not allowed. All permitted bits for eventing Dressage are included in Annex A of the Eventing rules. If a bit is not included in this Annex, it means that is not allowed for Eventing Dressage. We would advise all FEI competitors to carefully consider Annex A of the Eventing Rules, to ensure they are fully informed as to which bits are and are not permitted.”

Though the post has caused something of a stir on social media today, it’s actually not a new rule – control plates were banned in the 2019 FEI rule changes.

“Following inconsistent application of the rules in 2019, especially the Annex A of the FEI Eventing rules, the latest version of the FAQ on tack and equipment was republished on Wednesday including a reminder that only bits listed in Annex A are allowed for Dressage tests,” a representative of the FEI explains. “Posts on social media have highlighted in their update that the French link is not allowed, such as the post from ERA GB. All information included in that post is correct.”

It’s important, too, to note that these rules are for FEI eventing competitions. That means that if you’re competing in a national level event, sanctioned by USEF or British Eventing, you will be running under different rules, with different legalities. Unsure? Just double-check the rulebook before you pack your tack trunk. For example, Equestrian Canada’s rules for dressage bitting in eventing line up with the FEI’s rules. [USEF Rules for Eventing] [Equestrian Canada Rules for Eventing] [British Eventing Rules]

Hell hath no fury like a comment section scorned (or mildly confused), so allow us to tackle some of the most common questions that have cropped up today.

Nope. This rule applies to any bit with a control plate – that is, a flat central joint. French links are out.

But wait – I don’t like the action of a single-jointed bit! Is that all I’m allowed now?!

No, you can still use a double-jointed bit (or even a straight mouthpiece!) – the central piece just needs to be rounded, like a lozenge or a roller. Here are the permitted mouthpieces for FEI eventing dressage: 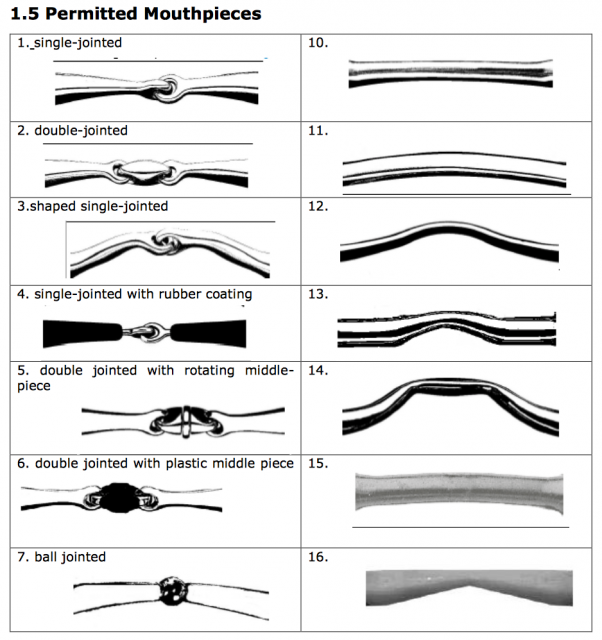 Ugh, why would the FEI move the goalposts now, when the season is just about to start?

They haven’t, actually – this rule has been in place for a while, but there were so many issues with inconsistencies that they’ve reissued a clarification now. What this will hopefully mitigate is the issue wherein a rider is allowed to use a certain bit at one competition and then eliminated for the same bit at the next one.

Does this mean I’m not allowed to use my French Link for my Beginner Novice next weekend?

Okay, I think I might need a refresher on the rules. Any idea where I can find them?

Sure thing – it’s always a great idea to have a pre-season skim read. Here’s the latest version, with all the changes and mark-ups in red for ease of use. Happy reading!