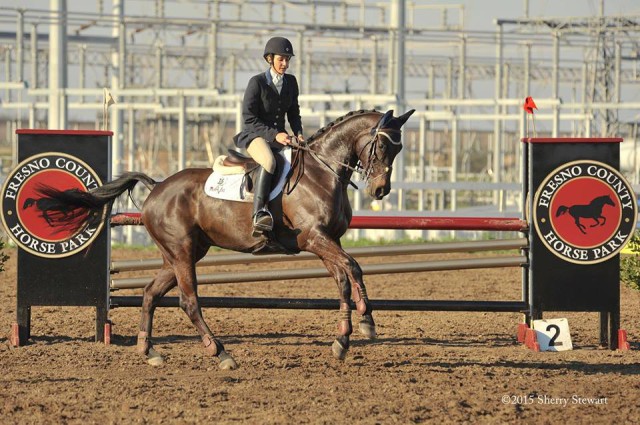 The first North American FEI event of the year is underway at Fresno County Horse Park in California, with a CIC* and CIC2* being contested in Area VI this weekend. In addition, the new Advanced track is being unveiled to the delight of many West Coast competitors. With riders prepping their early season for possible trips to Rolex and beyond, these chances to get out and run at the upper levels is instrumental in getting the horses in tip top shape.

Fresno County Horse Park has a storied history. Formerly known as Ram Tap, FCHP is the second longest continuous three-day event in the country. Located near highway 99 and a very-much-in-use railroad, Ram Tap was established in 1957 by Marian and Pat Humphries. Bill Burton, who started volunteering at age 11, then took over the facilities.

However, a plan to put in a high speed rail endangered the grounds. In 2012, when told that the stabling area would be taken over in order build the train, the decision was made to close Ram Tap. 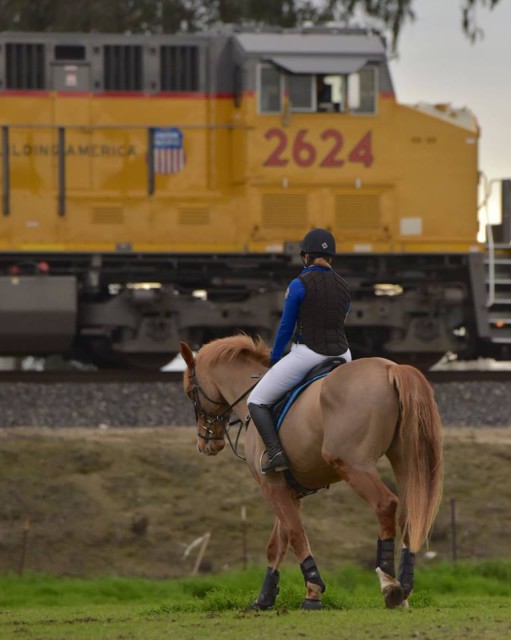 Tinsley Davis Cohen and the infamous train at FCHP. Photo by Sherry Stewart.

Enter John Marshall, a real estate developer and lower level eventer. Initially inspired to put together a coalition to buy all the jumps, equipment and machinery needed to run an event, time proved to be a roadblock that couldn’t be overcome. But that didn’t stop Marshall, who then purchased the event materials himself.

Thus was born Fresno County Horse Park, which had its inaugural international competition in 2014. Since then, Fresno has been home to Area VI Young Rider fundraisers, Team Challenges, Pony Club qualifiers, and the site of many brilliant clinics with riders such as Mark Todd and Lucinda Green.

One of the wonderful things about Area VI is that we don’t have to move locations for the seasons, but it does require a lot of careful planning and maneuvering. Losing a venue such as FCHP would have created a huge gap in the schedule. As open land continues to be one of the biggest challenges facing our sport, saving Ram Tap marked a huge win for eventers on the West Coast.

A special cross country schooling day was held earlier this year to raise money to build new obstacles for the new Advanced course, and eventers from all over the West Coast came to support. Due to its location in the Central Valley, FCHP events attract riders not just from Area VI, but also Area VII, X, and beyond — even Canada! 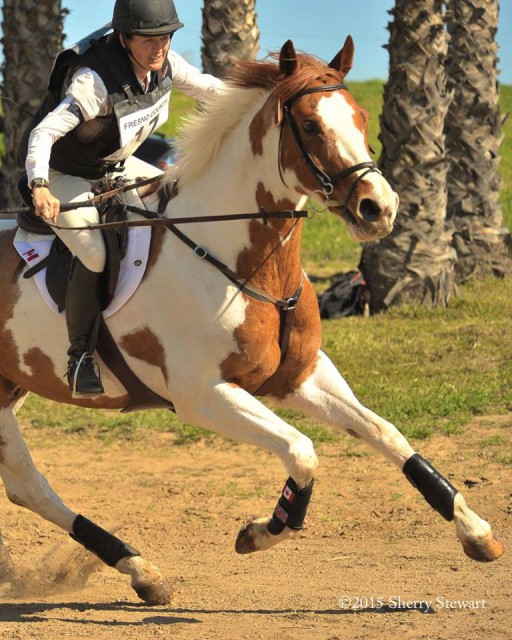 In addition to also being home to Fresno Pony Club, FCHP hosts combined tests, dressage shows and schooling days throughout the year for the entire horse community. Every year marks new changes to the facility, from moving the dressage courts to creating the two-star course and now the Advanced. John Marshall and the FCHP team have done wonders to support our community and keep tradition alive.

We often hear stories of riders who have persevered despite the odds, but dreams come true with hard work and support from organizers as well. The West Coast is ever grateful to John Marshall for stepping up when the odds seemed stacked against him, and here’s to many more years of growth at Fres-“yes” and the beginning of the FEI season!