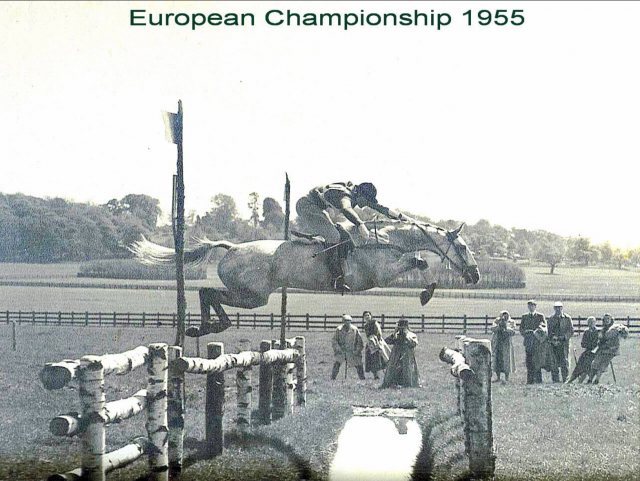 Anneli Drummond-Hay (who would go on to be the first-ever winner of Burghley.) when she was just 16 at the European Championships.

It’s with heavy hearts that we share news of the passing of Anneli Drummond-Hay, who died on Sunday at the age of 84. Her passing came after a short bout of illness.

Anneli’s legacy in equestrian sport is extraordinary in its breadth and depth. To eventers, she’s perhaps best known as the first-ever victor of Burghley Horse Trials, which she scooped in 1962 aboard the six-year-old Merely-a-Monarch. She was just 24 years old at the time, but had amassed enough experience to pilot her green gelding to the top spot through a career that began with a decisive victory in the European Pony Championships at the age of 16. Prior to her victory with the young gelding in 1961, she’d already notched up sixth and third place finishes at Badminton Horse Trials with her former top ride, Trident.

By the time she made Monarch’s entry to Burghley, he’d already made it to Grade A showjumping classes — but his experience of horse trials was considerably more limited, and she later told Horse&Hound that his only experience of water jumps was “leaping over puddles in the road”. But they gave themselves such an extraordinary margin in the first phase that by the time they set off for the multi-part cross-country, with its long roads and tracks stints, they were a solid 30 points ahead of their nearest competitors. They had been drawn as last to leave the start box, and as she prepared to start, Anneli was greeted with some news that would dictate her plan for the challenge to come: every competitor before her had fallen, which meant that she could afford the luxury of slowing down and giving her young horse an educational ride where the intensity of the track warranted it.

“I took Monarch carefully and cantered him round – he had a huge stride that just ate up the ground,” she said to H&H. “He was a trifle spooky, but he cleared everything, including the stone wall located at the bottom of a deep ditch, a bullfinch, and the “bogey” fence, the Trout Hatchery, where a hole in the bottom had caused a lot of the falls. The Trout Hatchery that year consisted of a choice of a high post and rails to the water, or a log with a bigger drop in. I chose the latter option and then squeezed around the side, thus avoiding the troublesome hole.”

Their clear round the next day would secure the win, which they followed up with victory at Badminton the following year by a record-holding 42 points, but as women still weren’t allowed to compete in eventing teams at championships, Anneli opted to switch back to showjumping so that she could make a bid for a place at the Olympics.

By the time the 1964 Tokyo Olympics came around, though, Anneli had put herself in such a strong position across the disciplines that she was shortlisted for all three teams — all with Merely-a-Monarch. They remain the only partnership ever to achieve this and now, as the disciplines have become so distinct and professionalised, it’s enormously unlikely that it’ll ever be repeated. In 1968, they were once again shortlisted for the Olympics, this time just for showjumping, but were left off the team in favour of Marion Mould and the 14.2hh Stroller. That would be their last look-in at an Olympic team, as Anneli was offered a lucrative sponsorship deal shortly thereafter, making her ineligible for Olympic selection under the IOC’s rules at the time, which enforced a strictly amateur competition. In taking that deal, though, Anneli became the first-ever rider to secure funding in this way, creating a model for top-level riders that’s universally in use today. 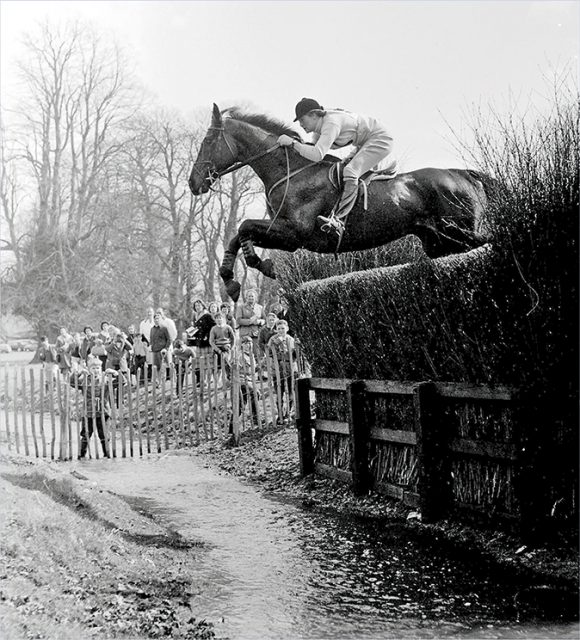 Many years of success at the top level of showjumping followed, including wins in the prestigious Queen Elizabeth II Cup and Hickstead Derby, winning Nations Cup berths at London, Geneva, and Rome, and Grand Prix wins at Brussels, S’Hertogenbosch, Paris, Geneva, Chile, Toronto, Berlin, and many, many more. She was also a prolific winner in Derby classes, taking top honours in Hickstead’s showpiece, as well as Rome twice, Geneva, Berlin, and South Africa twice. Her tours of America also yielded enormous successes, with wins at Madison Square Gardens on her roll of honour.

In 1971, she relocated to South Africa, where she continued to teach and compete, and was awarded a number of honourable accolades — such as British Sportswoman of the Year on three occasions, South African Sportswoman of the Year on eight occasions, the Italian Equestrian Federation’s ‘Premio Caprilli’, and the Cadre Noir’s Golden Spurs. In 2010, she was inducted into the British Horse Society’s Hall of Fame. She also holds the ladies’ high jump record, at a staggering 2.36m, and was actively competing up until her death.

“Anneli set the path for all of us, as female riders, to follow,” says Helen West, British Eventing Chief Executive. “She was a woman who showed the world that women should be included and compete on equal terms with their male counterparts and it is hard to believe there was ever gender inequality when you consider that we are one of the very few sports today where men and women compete on equal terms.

“We all owe so much to Anneli and her legacy lives on with the number of women she will have inspired over the decades to not only ride but to never give up on their dream.  On behalf of myself, the British Eventing Board and our entire membership I would like to express our heartfelt condolences to Anneli’s husband Trevor Bern, their family and friends whom she has left behind.”

Anneli’s legacy is certainly one that’s felt every day by all of us women who get to enjoy competing in one of the only sports that’s truly gender equal — and her family legacy will continue to live on, too, in the form of her great-niece, Izzy Taylor, who continues to show exactly what strong women are made of.

All of us at EN offer our most heartfelt sympathies to those connected with this extraordinary powerhouse of a woman. Anneli, we salute you — and we thank you for all you did.