Fernanda Kellogg kindly sent in this recap of Fitch’s Corner Horse Trials, which took place last weekend in Millbrook, N.Y. Many thanks to Fernanda for writing, and thank you to Joan Davis/Flatlandsfoto for sending in photos of the winners. Do you have a recap from a recent event? Send it to [email protected]. 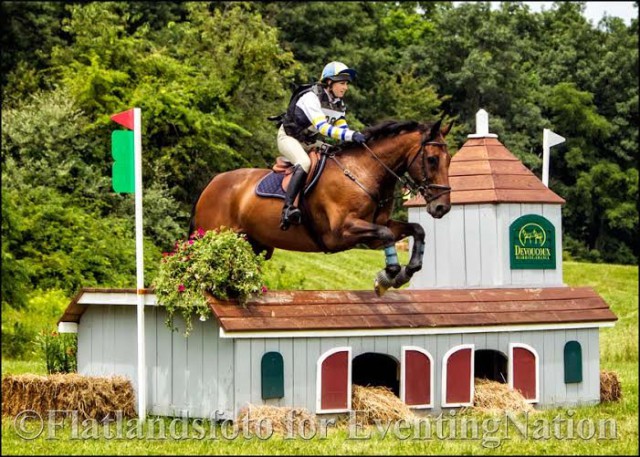 Fitch’s Corner is the premier lower-level event that upper level riders-love. On the farm of Fernanda Kellogg and Kirk Henckels in Millbrook, N.Y., 250 horses came to compete, shop at the market with 50 vendors, and party at the relaxed competitor’s welcome party and kick the night away at Saturday night’s Blue Jean Ball.

The theme of the weekend was the Chinese Year of the Horse. Spectators entered the shopping court thought a huge 12-foot tall pagoda. The Derek di Grazia cross-country course and the Chris Barnard stadium course each had pagoda-style jumps.

The Chinese banquet at Saturday night’s Blue Jean Ball, sponsored by Berkshire Mountain Distillers, was a traditional feast of Asian delights, and a bar offered drinks inspired by the Far East. The huge party tent was decorated by New York City designer Darren Henault, with a cloud of 800 melon and raspberry colored oriental lanterns hung from the tent ceiling, and riders and friends danced to DJ Flo, also from New York City.

All photos courtesy of Joan Davis/Flatlandsfoto: 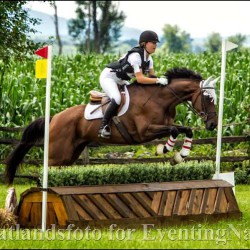 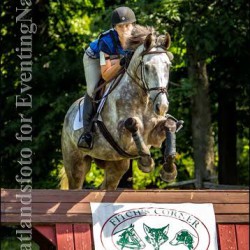 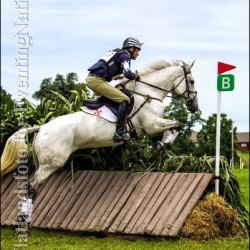 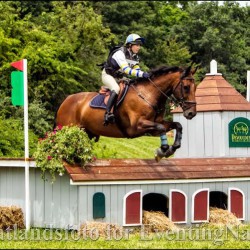 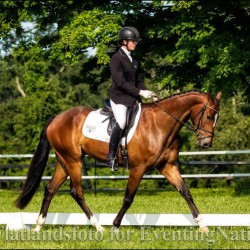 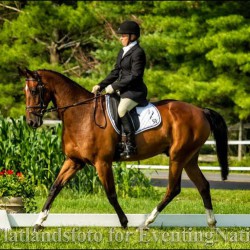