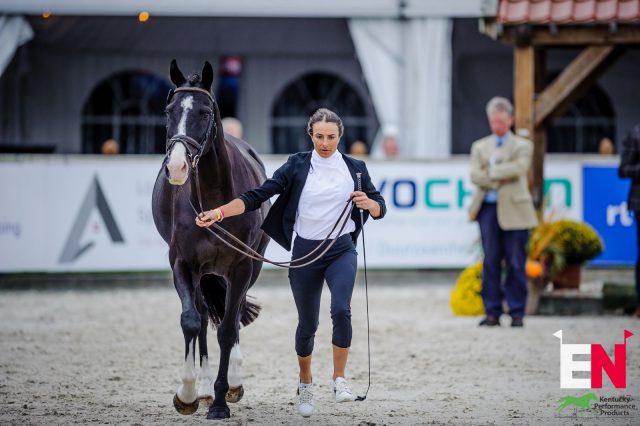 Ahh, Military Boekelo, what a place you are. A place full of hyper-fresh horses, spurred on by the sudden chill in the air; a place full of competitive merriness and merry competitiveness; a place where even just making it to the first horse inspection in one piece is a high-stakes sport in itself. Every last moment of the year’s Nations Cup finale, and one of the best-loved CCI4*-L events in the calendar, is exciting and joyful and a bit bonkers, and so it’s fitting that it would start with high drama in today’s first horse inspection, really.

Five of the 75 presented horses were sent to the holding box by the assembled ground jury of president Christina Klingspor (SWE), Edith Schless-Störtenbecker (GER), and Merel Schurink (NED), making it a rather tense affair – not least because most of the folks on site had toasted the start of the world’s biggest party event with the traditional Tuesday night table-dancing session until the wee hours. 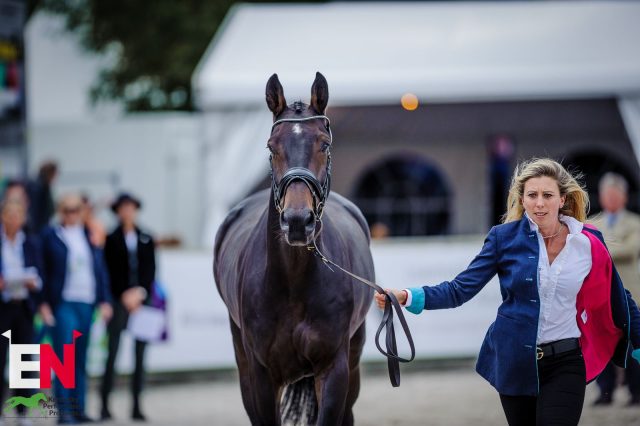 Though those green-gilled riders and grooms may have looked a little greener after being sent to the box, all were able to breathe a sigh of relief upon re-presentation, wherein all were accepted. 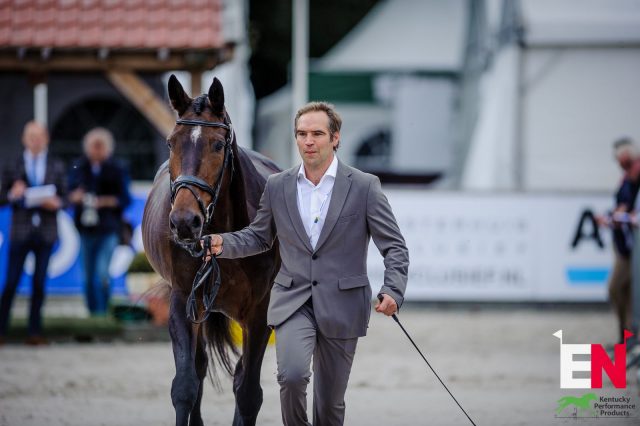 Those held were New Zealand’s Amanda Pottinger and Just Kidding, Great Britain’s Ginny Howe and CHF Archie, Italy’s Daniele Bizzarro and Stormhill Riot, Belgium’s Maarten Boon and Gravin van Cantos, and Sweden’s Sofia Sjoborg and Targa D. Our suggestion to rename the holding box the United Nations has been met with inaction so far, but we’ll work on it. 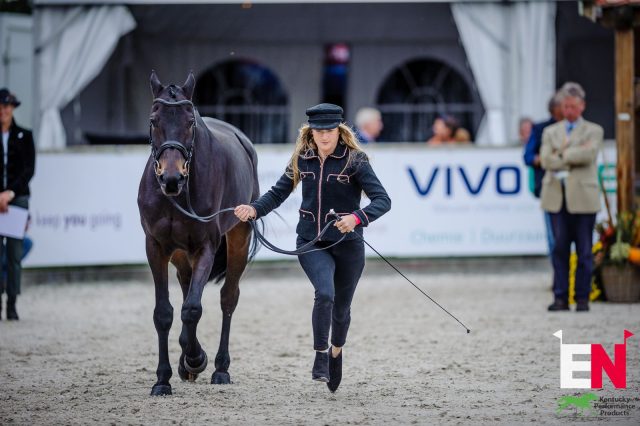 A further three horses were asked to trot again immediately: the Netherlands’ Beau Posthumus and Smokie, Belgium’s Tine Magnus and Champagne Pia Z and Ireland’s Camilla Spiers and BT Angelo each took an extra turn down the trot-up strip, but all three were subsequently accepted without making a trip to the holding box. 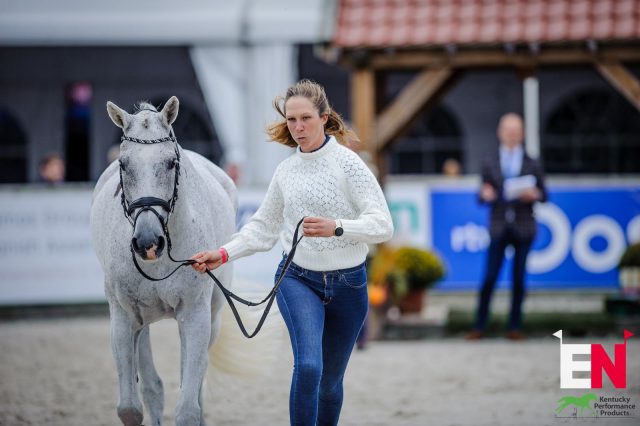 That means that all 75 of our entrants will continue forward into the competition proper (and this year, too, all will be relieved not to have lost one of their number to a broken leg at the Tuesday night party, as happened in 2021). Tomorrow’s first day of dressage will feature the ten teams lining up for the Nations Cup finale and series championships, while individual competitors will take centre stage on Friday. 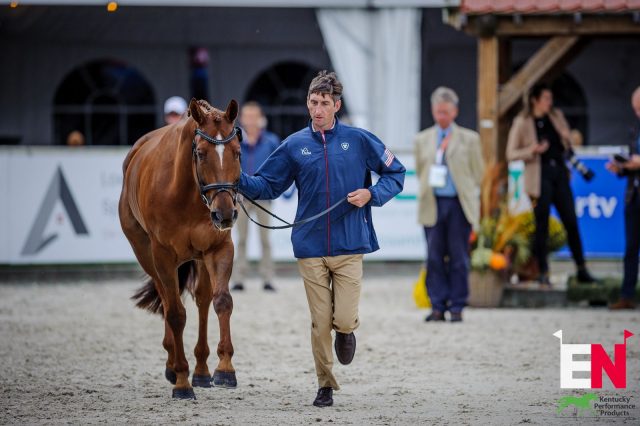 James Alliston will take on pathfinder duties for Team USA in his debut for the country. Photo by Tilly Berendt.

Dressage begins at 10.00 a.m. local time (that’s 9.00 a.m. BST/4.00 a.m. EST), and the Netherlands will be first in the nations draw, with young rider Thierry Van Reine taking pathfinder duties with his stalwart partner ACSI Harry Belafonte. The formidable Brits sit third in the draw, while Team USA will come forward sixth, led by pathfinders James Alliston and Nemesis. Alyssa Phillips and Oskar will be second for the team, followed by Liz Halliday-Sharp and Mik’s Master C and team anchor Boyd Martin with Fedarman B. You can check out Thursday’s times here, and Friday’s here — plus, for a guide on how to watch the event in full and a preview of the field to come, click here. 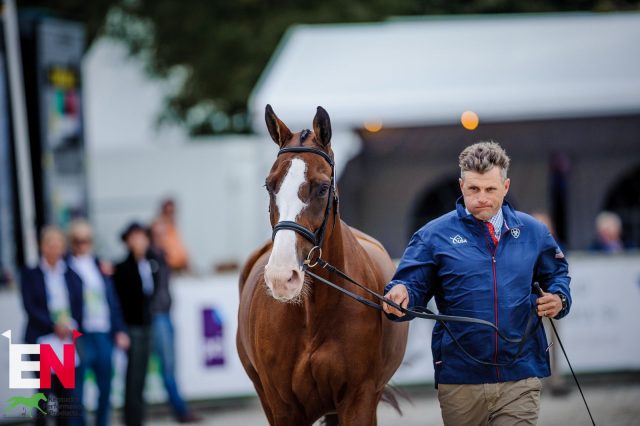 The full team draw is as follows:

Three teams are currently in contention for the 2022 series title, which is awarded for points accrued through the series: Germany sits atop the leaderboard currently on 380 points, with Italy in second on 360 and reigning champions Sweden in third on 330. A maximum of 100 points can be won here, and so fourth-placed France, currently on 270, can’t catch up with the Germans. 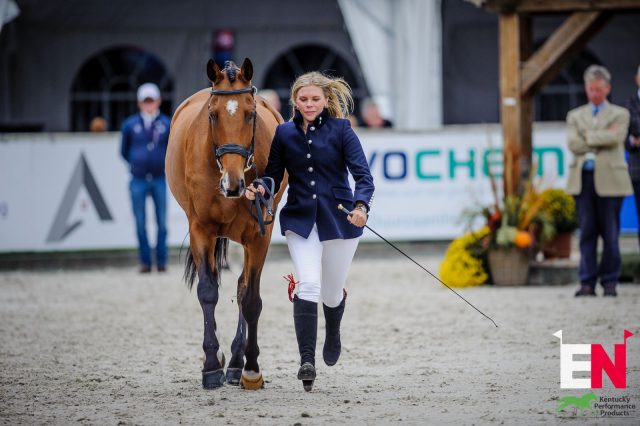 Stay tuned for plenty more from Boekelo, including a jam-packed gallery from this afternoon’s inspection. And until then? Go Eventing — with a hair of the dog in hand if you’re currently in the Netherlands. You’ll need it.