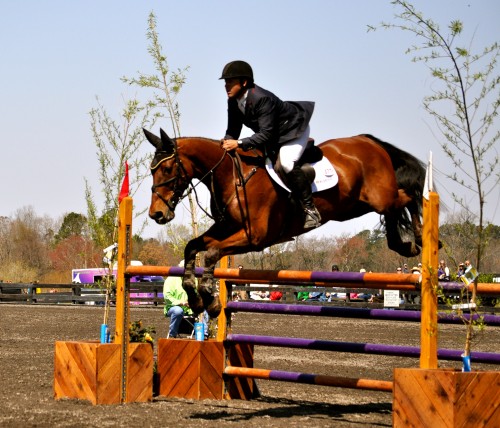 Buck & Reggie this year at The Fork CIC3*

Now that we are about halfway through the Eventing season for 2013 I thought it would be fun to look at the updated FEI HSBC International Rankings, and see how the US is stacking up against the rest of the world.

Unsurprisingly, Andrew Nicholson is still firmly placed as World Number One, after an unbelievably stellar year in 2012 and carrying right over to 2013 with a neat win and a show at Rolex, as well as his recent win at Luhmuhlen. It should also be noted that Andrew is a good 88 points ahead of second place, and when the highest score is 672, that’s a pretty significant lead. I’m also not terribly shocked to find William Fox Pitt right up there in 2nd place, and in good company with Michael Jung in 3rd.