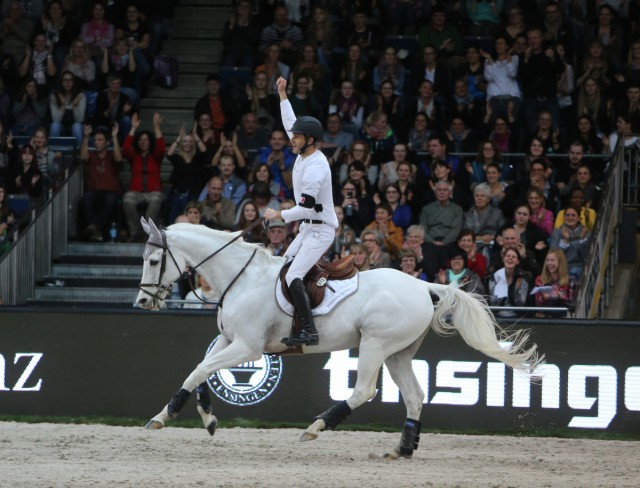 It was an exciting night of competition for the indoor eventing portion of the Stuttgart German Masters. Many top riders were on hand to vie for the top prize, but it was a French rider who emerged victorious.

Sidney Dufresne and Looping de Buissy took home the win thanks to a quick, clear round in 79.10 seconds — barely squeaking out faster than defending champion Michael Jung and fischerRocana FST, who made it around in 79.13 for second place.

Looping de Buissy is a 16-year-old Anglo-Arab gelding owned by Yves Dufresne who has competed through the CCI4* level with Sidney. Sidney is an accomplished rider himself with many years of experience at the three- and four-star levels. This pair was quick and catty through a course that — on par with indoor eventing — featured tricky, tight turns and favored the quick-footed horse.

Gif image via Clip My Horse.

Michael Jung and fischerRocana were one of the last pairs to go, and it appeared that they may have had the win in the bag after Rocana left up a pair of oxers set on a bending line that nearly every pair had down. Receiving some of the biggest cheers of the night (second, it seemed, only to Ingrid Klimke), Michael’s time was just barely slower than Sidney’s but nonetheless good for second.

Sidney and Michael’s sub-80 second times were the only of their kind, with third place rider Mark Todd finishing in a time of 83.45. Andreas Ostholt and Pennsylvania finished in fourth with a time of 83.83. 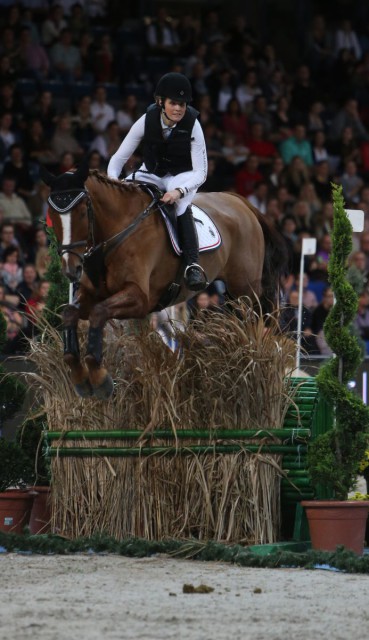 The USA’s own Jordan Linstedt stopped in at Stuttgart during her jaunt to Germany this month and piloted Palm Beach around for a clear round. I apologize, as I incorrectly reported the name of the horse Jordan rode in my preview — it appears the wrong horse was listed on the entries at first. Jordan evidently had only ridden Palm Beach twice before this competition, so the grin on her face upon finishing was no surprise.

There were a handful of refusals on course and Brazil’s Ruy Fonseca retired Lasita on course after two, but overall the course seemed to ride fairly well. There were a few risk takers who tried to go for speed over accuracy, resulting in rails down and more than a few hairy distances. For the most part, though, everyone got home safely and without too many gasp-inducing moments.

The indoor eventing is always such a different atmosphere from what you’d see at a traditional event. The crowd reminds me more of a rowdy reining crowd than an eventing crowd, cheering with each cleared jump and holding up signs for their favorite riders.

The music selection was also a riot — mostly a selection of popular EDM tunes but a cheeky choice of “Surfin’ USA” for Jordan Linstedt’s ride. Well played, Germany. Well played.

Hats off to Sidney, our big winner from this year’s indoor eventing challenge, and congratulations to all horses and riders on a successful and entertaining evening! 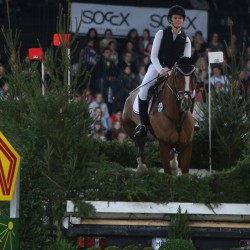 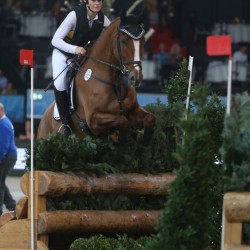 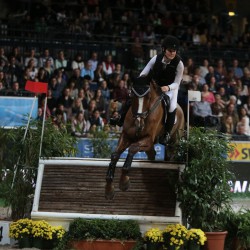 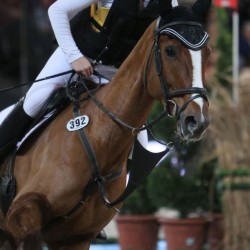 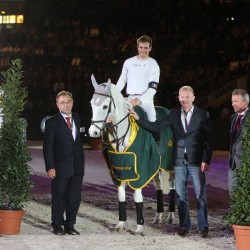 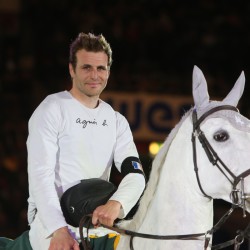 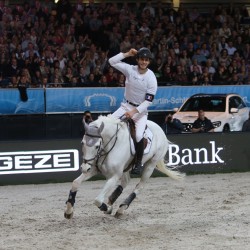 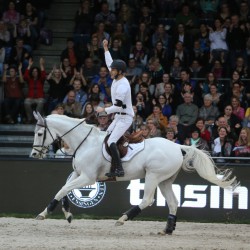