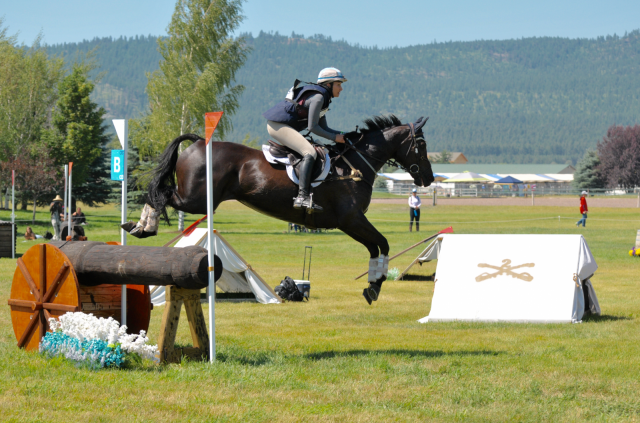 Frankie Thieriot Stutes’ last thought before she left the start box today was, “This one’s for Kate.” Kate as in Kate Gillespie, an eventer whose teflon spirit fought for years to compensate for a body besieged by chronic pain, only to be overcome earlier this summer.

Rebecca Farm was Kate’s favorite event — she won the CCI2* here 10 years ago and tackled the CIC3* the following year — and her memory has been heavy on the hearts of the eventing community this week. Some riders have donned South African ribbons, a nod to Kate’s home country, and an effort is underway to fundraise for a jump in Kate’s honor at Shepherd Ranch.

“I just wanted to go out and kind of kick on for her a bit knowing that it was what she really wanted to do,” Frankie says. “That was special.”

Kick on she did, although Chatwin needed little encouragement. The pair picked up only 1.2 time penalties around the CCI3* course and looked super the whole way around. “He’s a magician cross country,” Frankie says. “It’s unreal. When you stand up to gallop him, it’s like nothing I’ve ever encountered, and my old Advanced horse was SO fast. He just has this gear box that I can’t even explain.”

Frankie has a big team of family and friends here this weekend, including her two young children. One of her sons, Drake, was even helping out in the vet box.

“I think when you become a mom, it puts things in perspective, good and bad,” she says. “You can have the greatest day ever, but it’s even better to have your kids in the box, and they can see how excited you are and see you’re safe. It’s put a lot into perspective for me. If it goes great that’s awesome, and if it doesn’t, there are things that matter a lot more than one ride. I’ve been trying to take in the moments this week and have a great time.” 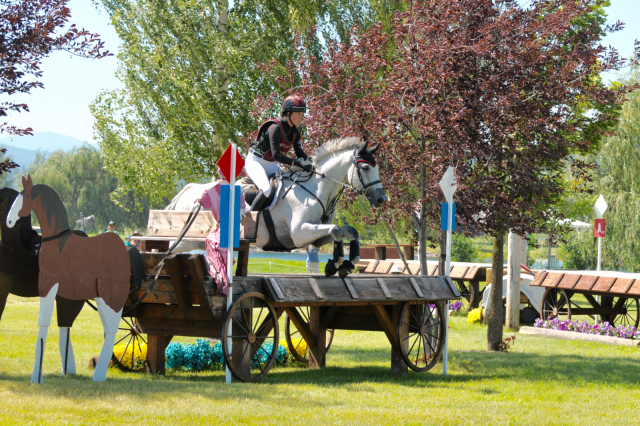 Caroline Martin and Islandwood Captain Jack cooked around the course to move from a tie for 4th after dressage into 2nd place. Their journey here wasn’t paved with a perfect preparation, but Caroline says she’s glad they made the trip.

“His last show was Great Meadow, and he had the Monday after that off, Tuesday he went hacking, and Wednesday he did a little canter set and then left,” she says. “It’s not the most normal way of getting to a show, but it’s good practice for him especially since he’s a 9-year-old. Hopefully he’ll be a horse who will head to Europe and do some competitions there, so I thought this would be good for his education.” 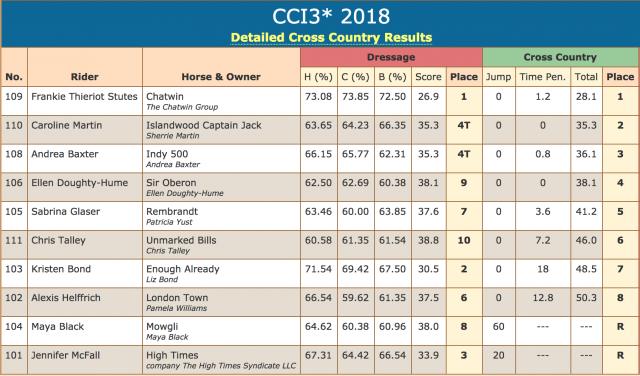