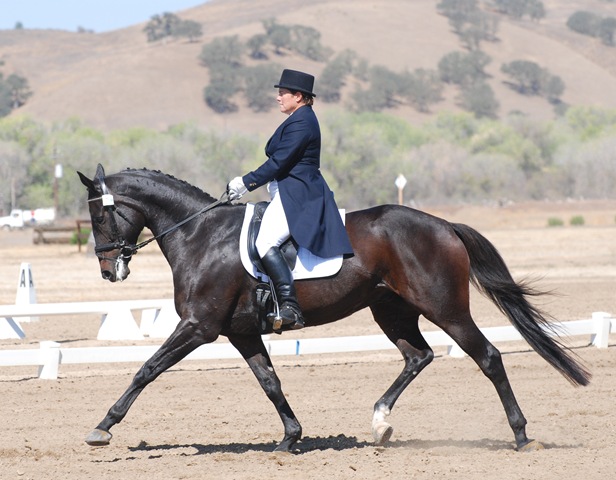 Kate Gillespie and Renegade Reno in the Twin Rivers CIC3* in 2009. Photo courtesy of the USEA.

Ten years ago, Kate Gillespie stormed around the CCI2* cross country track at Rebecca Farm on her way to a red ribbon finish aboard her beloved partner Renegade Reno. A year later she returned to tackle the CIC3,* their debut at the level. The pair’s skyrocket trajectory continued in 2010, when they were short-listed for the 2010 World Equestrian Games for Kate’s home country of South Africa.

Kate and Reno’s climb to the top of the sport was a testament to her hard-headed perseverance and belief in the tall, dark and handsome yet extremely opinionated horse. She bought Reno despite his renowned skill-set of bucking, biting, rearing and kicking, and in the early days he was prone to hitting the eject button on her with abandon. But Kate, a tough cookie herself, stuck it out and their hard work paid off.

“He’s pretty feisty, but that’s what makes the good ones,” Kate told a reporter after winning the Twin Rivers CIC1* in 2007.

Takes one to know one, Kate. 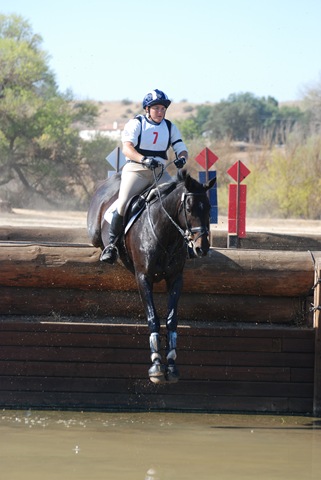 Kate Gillespie and Renegade Reno in the Twin Rivers CIC3* in 2009. Photo courtesy of the USEA.

Sadly, the equestrian community lost Kate earlier this summer. A warrior until the end, she kicked on bravely and quietly in the years following a debilitating riding accident in 2012 while working for Steffen and Shannon Peters, whose world-class dressage operation she ran for 15 years.

Those whose lives she touched are quick to point out that beneath her force-of-nature personality, she had a tender and giving yet vulnerable heart.

“Kate was a trainer, friend, sister, daughter, aunt, confidant, a shoulder you could lean on, a fire breathing dragon, and tough chick through and through,” reflects Tamie Smith of Next Level Eventing, for whom Kate worked in recent years. “But what she was deep down was a chronic pain sufferer. So many people all over are suffering from similar situations.”

“She was someone that if you needed anything she would drop everything to be there,” Tamie says. 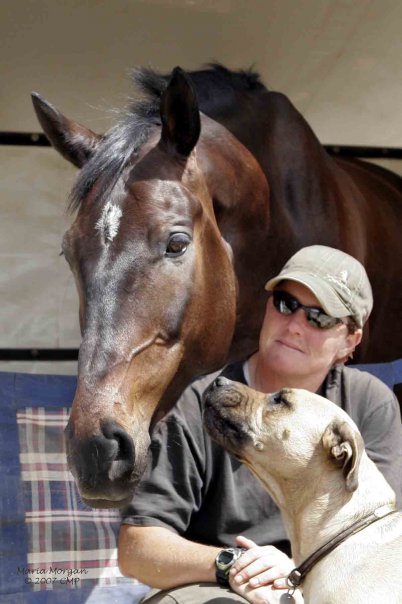 Bunnie Sexton says Kate was hugely influential to her own riding career, as a friend and competitor at the upper levels who had her share of riding with injuries.

“When I felt like I couldn’t do it, Kate had a tough but loving way of telling me to buck up,” she says. “She had such a talent, and event while she was dealing with much more serious limitations she got me through the last few months of fear and pain with my dual knee replacements. She made a huge imprint on my life in what seems like such a short time. And although I admired her riding and talent for teaching tremendously, it was her compassion and middle-of-the-night ‘text me if you are struggling’ huge heart that I will miss so much, and always be grateful for.” 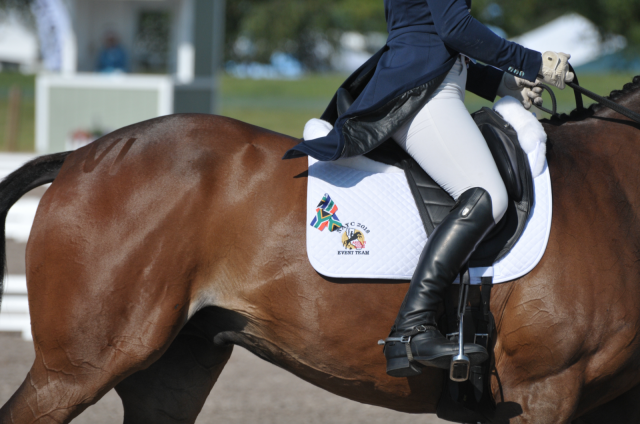 Kate’s friends and supporters will be wearing South African ribbon at Rebecca Farm to honor Kate’s memory. Pictured: Madison Tempkin and Dr. Hart in the CICOY2*. Photo by Leslie Wylie.

A community effort is now underway to commemorate Kate’s extraordinary life, including a new memorial jump to be built in her honor at Ken and Bunnie Sexton’s Shepherd Ranch in Santa Ynez, California. The jump, to include Beginner Novice through Prelim options, will be constructed with the guidance of course designer James Atkinson.

“We would be honored to have a jump at Shepherd Ranch that reflects Kate — intimidating at first glance but ultimately the jump that brings out the best in horse and rider,” Bunnie says.

“We wanted to honor her memory for what we all knew she was to each of us, and that was a kind and gentle soul deep down. I know it will be something she will be very proud of,” Tamie says.

Paypal donations for the jump can be made here — please reference the jump in your memo. Donors’ names will be added to the jump, as well as provided with a South African flag ribbon to wear at Rebecca Farm in Kate’s honor. Additionally, a memorial will be held on July 28 at 2 p.m. at Tucalota Creek Ranch in Temecula, California.