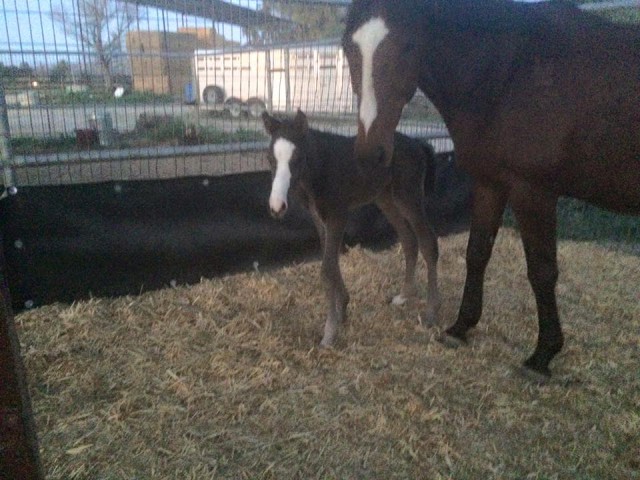 That little snuggly white blazed face there is destined for eventing greatness, if anybody is. Patron VR is the foal of the one and only Gin & Juice and Jessica Phoenix’s three-star mount, Patras VR. With parents like that, this foal is going to take over the eventing world in about 5-10 years. I can’t wait to follow the progress of this little dude as he grows up and takes on the world!

On sale now! Tickets to Great Meadow International! Here’s your chance to sit front and center while you watch some of the best riders in the country battle it out in one of the best settings possible. This will be the U.S. team’s last outing before shipping out to Rio Olympics, and is guaranteed to be a fantastic time. Buy your tickets today! [Tickets Sold Here]

An exciting new series in England is offering £350,000 in prize money for select CIC3* competitions this year. The Event Rider Masters is offering £50,000 of prize money at six CIC3* competitions around the UK. There is a further £50,000 for the leading riders at the end of the series. This series also promises to include television coverage of the competitions, providing both financial and social benefits for the sport as a whole. Check it out, U.S…..you could learn something! [Big Prize Money in CIC3* Eventing Series]

Two years after his popularity as the favorite for the Kentucky Derby, California Chrome has still got it. He’s flown halfway around the world to prep for the world’s richest horse race, the Dubai Cup, next month, and is well on his way with a perfect race in the $150,000 Trans Gulf Electromechanical Trophy, cruising to an easy win with Victor Espinoza aboard. Running a mile and a quarter in 2:04.32, Chrome was clearly cantering at the finish and easily defeated his rivals. [California Chrome Keeps Coming]

Hot on HN: 10 Things I Wish I Knew When Getting Back in the Saddle After Having a Baby

Whether you’re riding fresh ponies in the cold blustering wind up north or tackling some big cross country courses down south, there’s one thing you never forget: Sporty Haft-Spray! This is the aerosol nectar of the gods for Eventing, and really I don’t know why it hasn’t caught on in other disciplines. This spray on stick-tight magical creation is responsible for my safety more than a few times, and the best part is that it doesn’t get all weird all over your pants or your tack. If you look in your tack trunk and don’t see the orange can, get some now. [SmartPak Product of the Day]