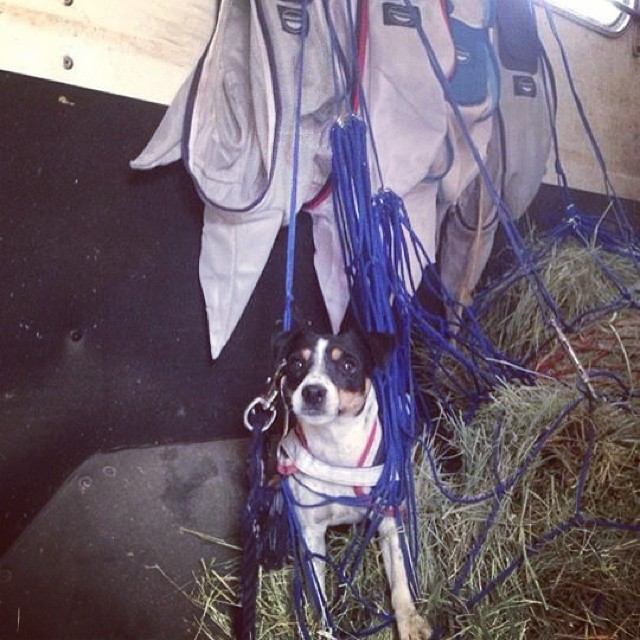 Good morning! I’m currently watching the weather forecasts, as the weathermen are predicting more snow for the Midwest. Isn’t it almost spring? I am well over this, especially since it seems that every time I go out of town I find myself followed by snowstorms. Further proof that staying home is always better on all accounts.

In May of last year, Florida Governor Rick Scott signed the 2013-2014 General Appropriations Act, which allocated $2 million to the Florida Horse Park. The funds were designated for use to build a covered arena, and progress is steadily being made on the new addition. On February 28, the final delivery of pillars and the roof will be made, and local officials and executive directors are invited to attend on this day, and the Total Horse Channel will be broadcasting live from the park beginning at 10 am local time. The addition to the Florida Horse Park will be instrumental in increasing tourist attraction as well as elevating the status of the venue for competitions. [Florida Horse Park]

Is your horse food aggressive? TheHorse has some helpful tips on dealing with this type of behavior. Understanding the behavior and psychology behind these habits is important when it comes to fixing the issue. Approaching with patience will go to great lengths for helping your horse become less “rude for food.” [Rude for Food?]

Remember when Chris Burton won the Adelaide CCI4* on a catch ride? Well, he has now officially acquired the ride on TS Jamaimo, owned by the TS Jamaimo Syndicate. Burton recently retired his former four-star mound, Holstein Park Leilani, but now he has his eyes set on representing Australia in the upcoming World Equestrian Games. [Burton Acquires Ride on TS Jamaimo]

The equestrian events organizers for the 2016 Olympics in Rio are searching for a Veterinary Services Leader. This person will have many responsibilities, including acting as a liaison to the FEI as well as coordinating staffing and overseeing the on-site veterinary clinic. [Rio Lead Vet Sought]

Here is a helmet cam video from Kelsey Briggs aboard The Gentleman Pirate, who completed their first Prelim back since Pirate’s injury in 2013: