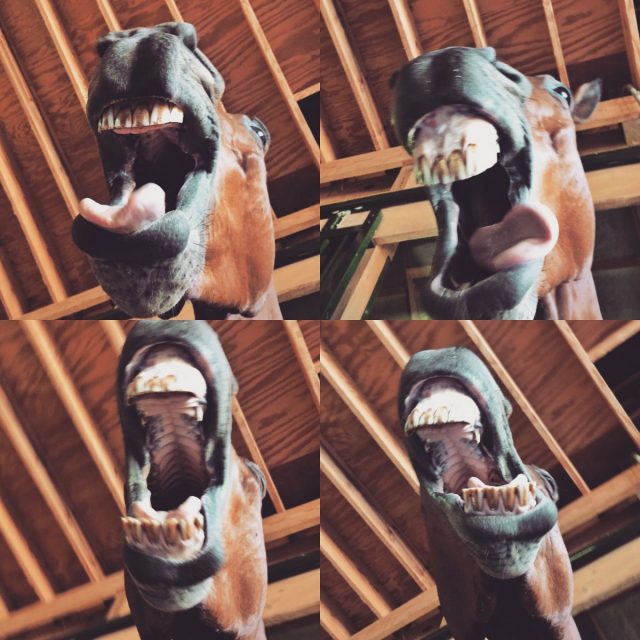 Everyone’s all pumped up about Tattersalls this weekend, meanwhile I’m back at home just thrilled that my 4-year-old  baby head has stopped being a turd about standing still for the mounting block, and after one long hack, has really settled into his work and seems to be enjoying himself. It’s always nice with young horses when you get over that little hump where they feel like “work” is unfair in theory and practice, and they start to do the job with you. This is what I live for!

There’s also plenty of eventing around the world to watch this weekend. You can check out Tattersalls live here, which will be showing parts of the CICO3* Nations Cup dressage today as well as CCI* cross country starting at 5:30 a.m./10:30 a.m. EST. The second leg of Event Rider Masters is also live streaming at Wiesbaden here, with dressage starting at 8:30 a.m./2:30 a.m. EST.

The United States Eventing Association (USEA) is pleased to announce longtime sponsor, Nutrena, will be returning as a Corporate Sponsor and the “Official Feed of the USEA.” Nutrena has shown its support for the USEA American Eventing Championships (AEC) for several years and will be a Presenting Sponsor of this year’s event. The USEA American Eventing Championships, presented by Nutrena, will be held August 30-September 3, 2017 at the Tryon International Equestrian Center in Mill Spring, North Carolina. [Nutrena Returns as Top Sponsor to USEA]

Best of Blogs: Be the Tortoise: Win at the Upper Levels by Losing at the Lower Ones

Sometimes the internet offers up an article that isn’t about horses, but is still incredibly relevant to our lives. This time, it’s about an 11-year-old boy and his audition for Julliard, and his mother’s view of how much time and effort and practice and learning how to practice it takes to get to that one, single audition. Read this, you’ll like it. [How Top Performers Practice]

You’re gonna wanna watch this entire video. You can thank me later.