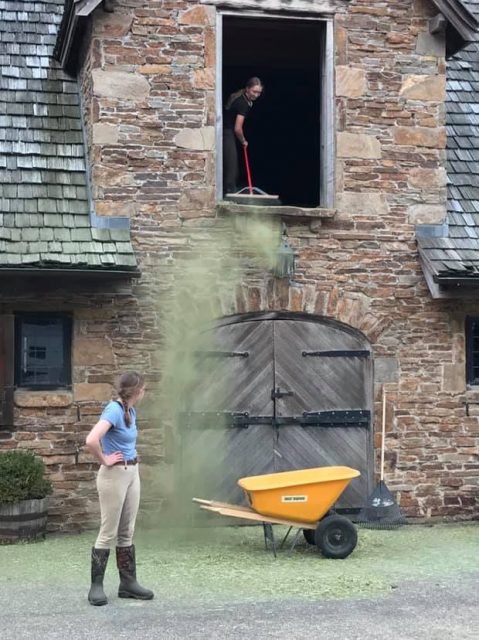 Want to be a working student for one of the top riders in the country! Now is your chance to be that girl sweeping hay out of the loft! Matt Brown is looking for an enthusiastic young person to join his team in Pennsylvania, just a few days a week. You can part time it there and learn a ton, while still doing your own thing. Don’t miss this opportunity!

Sadly due to lack of entries, Five Points Horse Trials has been cancelled. The event announced yesterday that they will still be providing combined tests for all of the levels, and a derby cross event for select levels, as well as their FEH and YEH classes, but no horse trials this year. [Five Points HT Cancelled]

Equestrian pursuits are often labelled as being only for the super rich, but is that really true? A recent study into the socioeconomic status of equestrians across five countries (US, UK, New Zealand, Canada & Australia) found that almost all of the respondents identified as middle class, with only 10% reporting more than $100,000 a year income. Three quarters of respondents said they feel emotionally supported by family and friends, but not financially. [Socioeconomic Status of Equestrians]

Who is *officially* the world’s most handsome horse? I mean obviously I think it’s my horse, but apparently it’s this Friesan stallion Frederik The Great, who resides in Arkansas and competes in dressage. Known as the Real Life Black Beauty, Frederik has insanely long mane that reaches his fetlocks, and has also appeared on the Late Show with Stephen Colbert. His earnings from media appearances, social media ads, and photoshoots are about $20,000 a month, which is certainly more than I can say for any of my lazy bum horses. [The Most Handsome Horse in the World]

Best of Blogs: TB Makeover: The Intersection of Courage and Fear