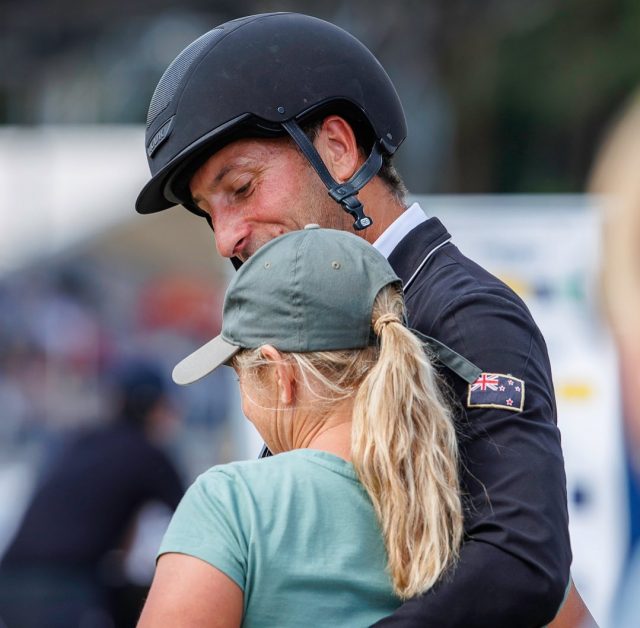 Talk about power couples! Tim and Jonelle Price are your new FEI World Number 1 and Number 2 in Eventing, which is no small feat. Whatever their program is, we need a masterclass. How do they consistently produce horses that are competitive and sound (for years!) at the absolute top level? How do they blow our socks off on every cross country course making it look easy? Are they humans? These are the questions we must have answered.

And just like that, it is time for the Morven Park International! The prestigious event will take place Thursday, October 6, and run through Sunday, October 10 in Leesburg, Virginia. This is the event’s second year offering the CCI4*-L division, in addition to their CCI4*-S, CCI3*-S, and CCI2*-S divisions. That’s not all! The historic grounds at Morven Park will also host national divisions at the Novice, Training, and Preliminary levels. [Morven Park CCI4*-L Fast Facts]

Have you signed up for our course walk with Ride iQ at Maryland 5 Star? Even if you aren’t able to attend the walk, you’ll still want to sign up as we’ll be kicking off daily giveaways with World Equestrian Brands as well as Horse & Rider Books on Thursday, October 13! [Sign up here]

Rosie Smith took third place at this year’s AEC in the Training Rider division, but she didn’t even start riding in the English world. Smith actually started riding western at age three and she got her first pony when she was eight. By complete coincidence, Smith’s piano teacher had horses and had stumbled upon an internet ad for a cheap pony. The deal was if Smith’s parents bought her the pony, the piano teacher would let her keep it at her farm. Any horse person would know that those two words (cheap + pony) are a recipe for disaster, but luckily Smith’s parents weren’t horse-people and so they bought the pony for Smith to do 4-H with. [From Reining to Eventing]

Shane Adams lost his horse Mongo while camping in Utah’s West Desert….eight years ago. This week, the pair were reunited. Mongo was tied up outside the tent when a herd of mustangs went galloping by, and Mongo decided to join their ranks. Shane returned to the desert every weekend for three years in search of his beloved horse, but eventually gave up. However, BLM rounded up a herd this week, and lo and behold, Mongo was there. [Eight Years Running Wild]

Sponsor Corner: Join Zoetis Equine through October 10 in the inaugural Seen Through Horses campaign. Seen Through Horses is a peer-to-peer awareness and fundraising campaign composed of 50+ nonprofits, mental health specialists, celebrities, influencers, and other individuals who share the unified goal of increasing awareness and promoting programs/services incorporating horses for mental health and personal growth. The campaign will coincide with #MentalIllnessAwarenessWeek, October 3rd-10th.