Courtney Cooper has big dreams for Tender Bravissimo, and his performance this week at the American Eventing Championships indicates he is game to chase them.

“Whiskers” is a 7-year-old Holsteiner owned, fittingly, by the Dare to Dream Team. He competed in jumper classes in Ireland before Courtney imported him in December 2015, and he began his eventing career in February of this year. He took to the new discipline with zeal, collecting several top finishes at Training level including a second place at Flora Lea H.T. in May and a win at Plantation Field in June.

Here at the AEC he was second in the Professional’s Choice Training Horse division after dressage, having scored a 22.5, and held fast to the position through cross country. When overnight leaders Leslie Law and Sky’s the Limit spilled a couple show jumping rails earlier today, their double-clear trip sealed the deal on their win.

She kindly spoke with us about “Whiskers” and the week that was: 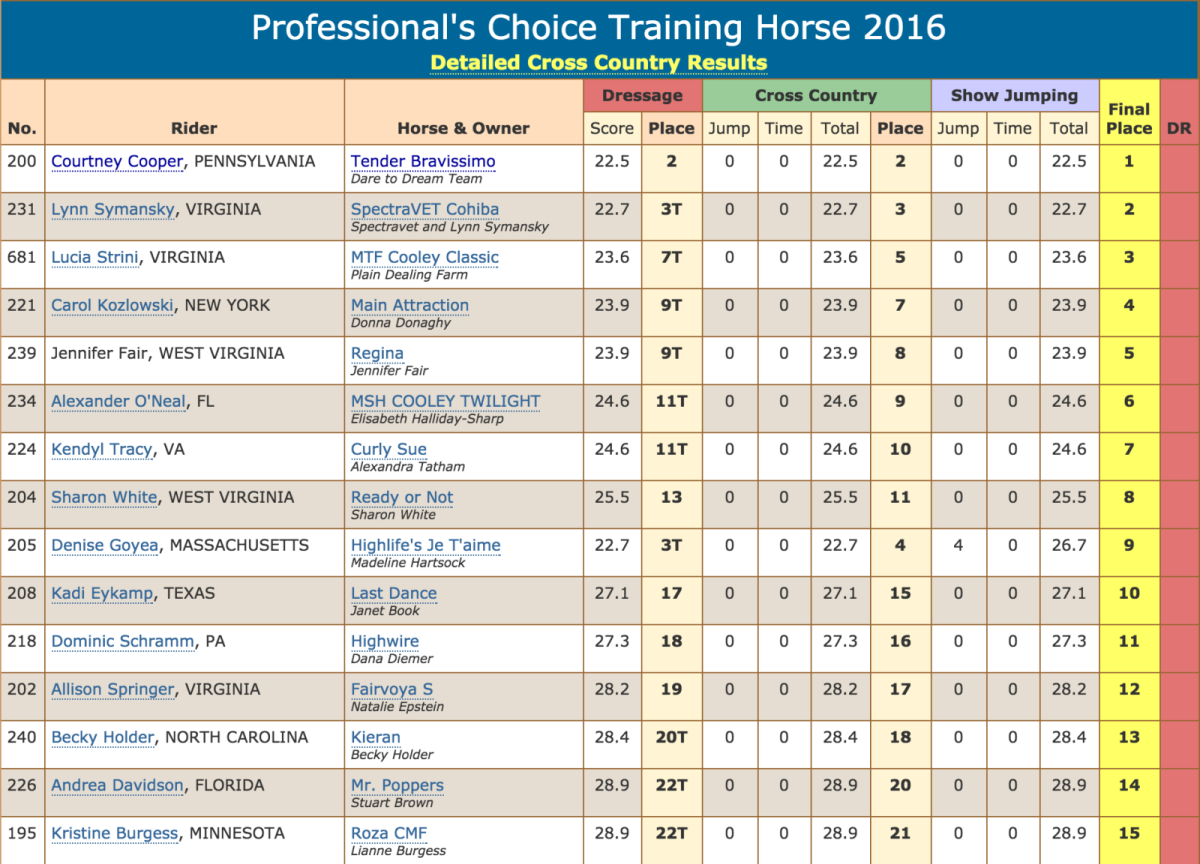