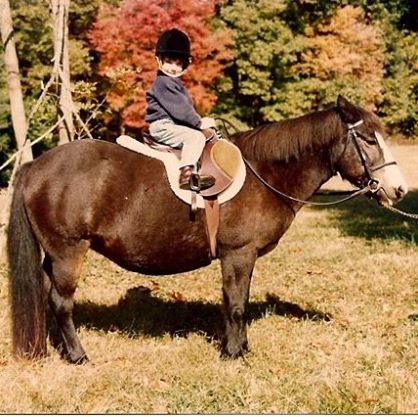 We all know that the benefits of spending time around horses as children range far and wide. From learning responsibility, to understanding how to comport yourself confidently with a much larger being, kids and ponies are a match made in heaven for many years now. We’ve seen the benefits of therapy horses with children who are physically limited, or those who are from troubled homes, but this is the first evidence based study that confirms everything we already knew about the rewards of pairing child and equine.

This month, there was a study published in the American Psychological Association’s Human-Animal Interaction Bulletin that outlines experiments conducted at Washington State University. This series of experiments studied the relationship between human-equine interaction and the stress hormone cortisol. Unsurprisingly, adolescents given the chance to repeatedly interact with horses showed a significant decrease in cortisol, meaning that they were less stressed, and better able to deal with stressors that life handed them. Fran Jurga has the whole story.

“We are especially interested in optimizing healthy stress hormone production in young adolescents,” said lead researcher Patricia Pendry, PhD, a developmental psychologist at WSU, ”because we know from other research that healthy stress hormone patterns may protect against the development of physical and mental health problems.” The beauty of studying stress hormones is that they can be sampled quite non-invasively and conveniently by sampling saliva in naturalistic settings as individuals go about their regular day,” Pendry said.

Pendry said stress hormone functioning is a result of how we perceive stress as well as how we cope with it. Stress is not just what you experience, she said, but it’s how you interpret the size of the stressor. A child in front of a large, unfamiliar horse may experience more stress than when he or she encounters a smaller, more familiar animal.

“We found that children who had participated in the 12-week program had significantly lower stress hormone levels throughout the day and in the afternoon, compared to children in the waitlisted group,” she said. “We get excited about that because we know that higher base levels of cortisol – particularly in the afternoon – are considered a potential risk factor for the development of psychopathology.”