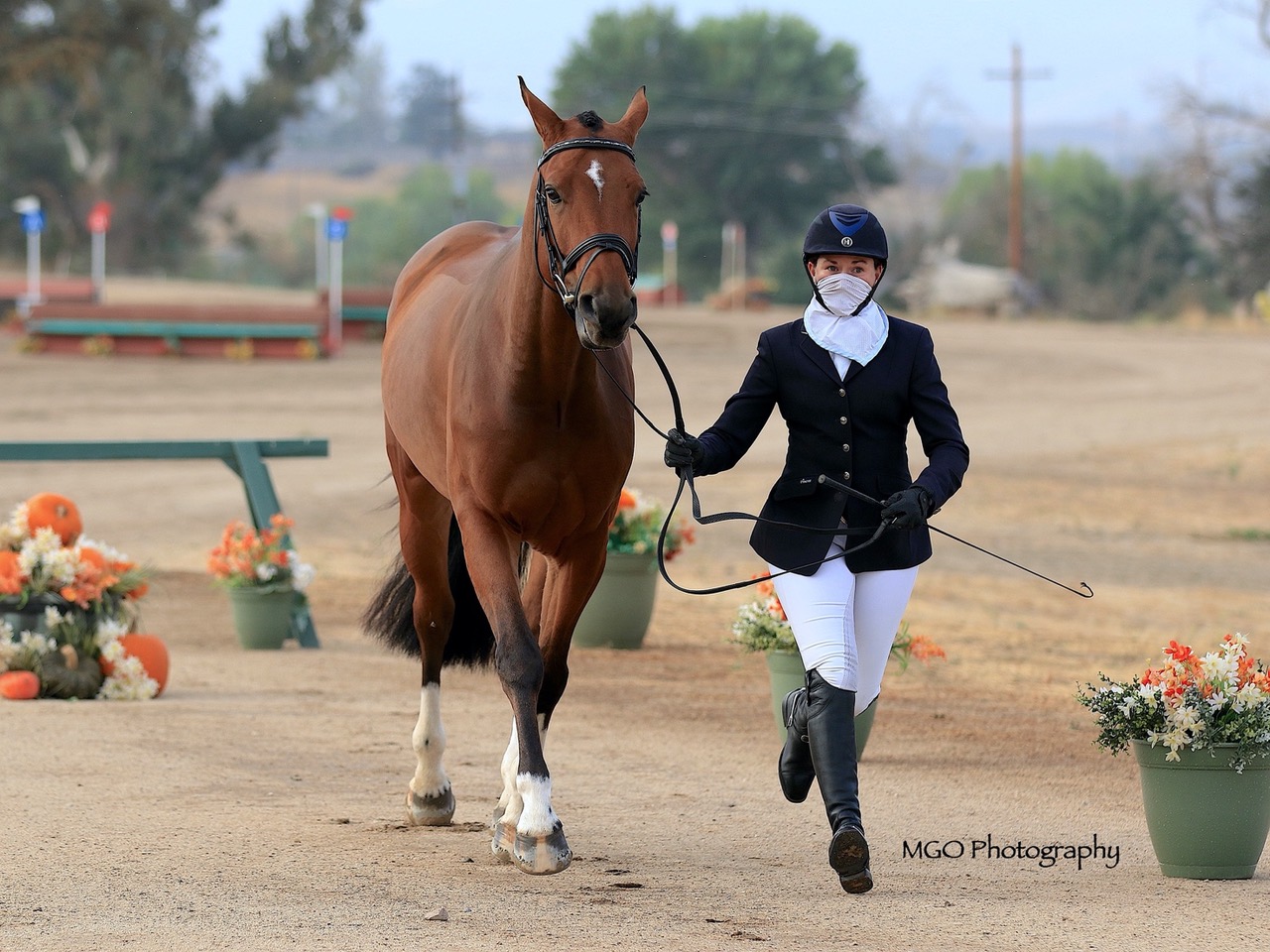 Beautiful fall conditions greeted competitors at Twin Rivers in Paso Robles, California on Friday as the best of the west put on a show at The Dutta Corp. USEA Young Event Horse West Coast Championships and the USEA Future Event Horse Championships. Judges Peter Gray and Debbie Adams were dazzled by an impressive crop of horses who came to prove the next generation of the sport is in good hands. Kicking things off were the 4 and 5 year-olds in the main arena.

Ultimately Jennifer Wooten-Macouzet came out on top in the 5-year-old Championships riding Kowenna, owned by Allison Hill, a KWPN mare by Freeman VDL, who just landed in the United States late July. “We were looking for horses for Allison then COVID hit and we just took a gamble on her. I said, ‘Do you trust me?’ This was not the goal for her, expectations were low but here we are, she’s just a classy mare,” says Wooten-Macouzet. Fifteen pairs will come forward Saturday to tackle the jumping phases, beautifully prepared by Adri Lea Doyal.

On top after day one of competition in the 4-year-old class is world class rider Amber Levine, who laid down a commanding test on Leonardo Diterma, owned by Cellar Farm Corp, a classy moving KWPN gelding by Gullet HBC out of Gracie Terma, who only landed in California a month ago. The theme of the day proved to be rideability, matched by an equal amount of flash and clearly more than a hint of trainability. Both classes are tight packed after dressage, just over two points separate each class.

Heading into Saturday’s jumping section, Sarah Moseley’s ‘Twain’s Fireflight DF’, bred at Dragonfire Farm and by The Twain, leads a quality field of incredibly well-behaved 3-year-olds. The striking filly is out of the Hanoverian mare Dominga, who proved be quite difficult to get in foal. Her only other progeny is none other than Revitavet Elijah, who James Alliston successfully competed through to the Advanced level. Hot on her heels is Carrie Miller’s MFS Flywire presented by Anna Collier.

The USEA Future Event Horse 4-year-old class demonstrated how level-headed they were as all 5 showed themselves off impeccably in the main arena as the afternoon breeze sent the flags flying.  They head into Saturday’s jump chute with Pam Fisher’s homebred filly ‘Sea Lioness’ out in front. Anyone who saw her 5* sire ‘Sea Lion’ compete could be forgiven for confusing the two, the filly so far showing all the same qualities as her sire. Judith McSwain’s Fleeceworks L’Spout is sitting in second with Charlotte Babbitt in the irons heading into Saturday.

Ride On Video will be live streaming on Saturday, featuring both of the jumping phases in the YEH and FEH. Head to www.rideonvideo.net for details. For schedule details, live scores and ride times head to www.twinrivershorsepark.com and click on Events.