Local police are investigating the fatal shooting of an 8-year-old Irish Sport Horse in Canton, Georgia. Summer Sleigh Ride or “Toby,” as he was affectionately called, suffered a gun shot wound to the head.

The Cherokee County Sheriff’s Office reported that the shooting occurred between 7:30 and 9:30 a.m. on Friday, September 22, at The Stables at Union Hill, a boarding and training facility owned and operated by Lauren Eckardt of Bigtime Eventing.

Toby was owned and ridden by Sami Crandell, a young rider who trains with Lauren. He was bred by Bruce Davidson and ridden by Buck and Andrea Davidson before he found his way to Sami earlier this year. Sami and Toby competed successfully at Training level, earning a top ten finish at the USEA American Eventing Championships last month. 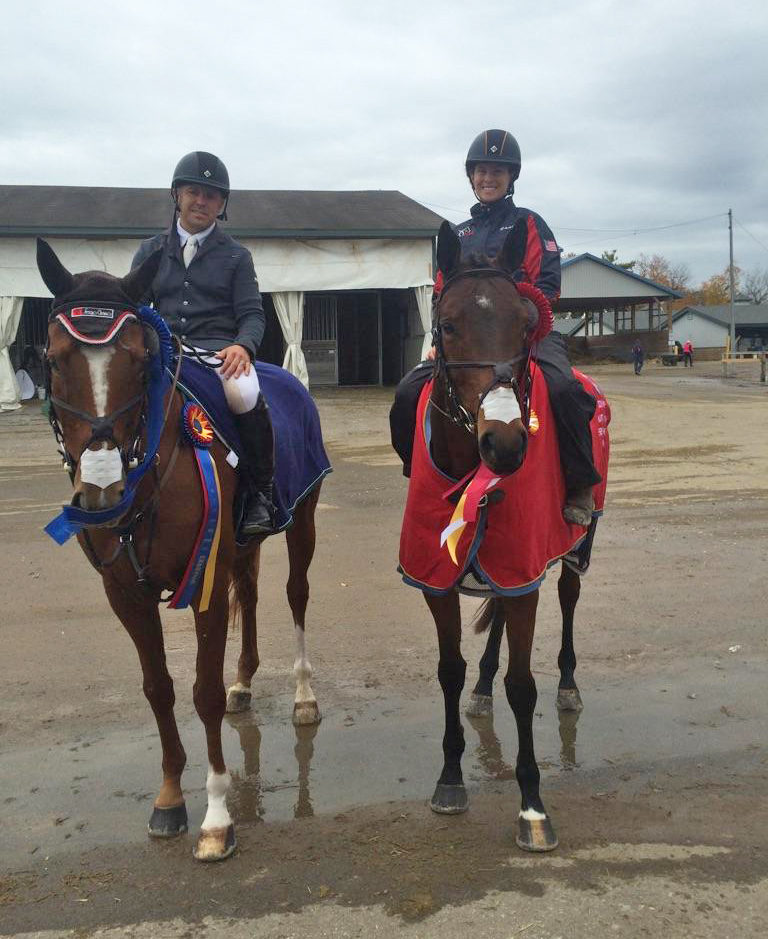 “We are deeply saddened by the tragic loss experienced by our Bigtime family,” Lauren commented. “Sami just started solidifying their partnership and were Young Riders-bound next year! Please keep Sami and her family in your thoughts.

“No kid should ever have to go through this type of senseless and devastating loss of an innocent life. We hope to find the person responsible and for justice to be served. The horse community is not to be messed with!”

Police are unable to confirm if  the shot was intentional or the result of a stray bullet until a necropsy is performed, and Lauren confirmed to EN that the results of the necropsy would be shared when they become available.

Cherokee Marshall’s Office is investigating the tragic incident as an animal cruelty case, and they have asked anyone with any information about this case to call 678-493-6203. The owner has put forward a $15,000 reward for any information leading to an arrest.

EN sends our deepest condolences to everyone who loved Toby.

Updated 10/2: Following a necropsy of Toby at The University of Georgia Veterinary Division, The Cherokee Marshal’s Office released this statement on the cause of death:

“On Friday 22 September a horse (Toby, an eight-year-old gelding Irish Sport Show Horse) was found deceased in a pasture at a stable along Union Hill Road in Cherokee County. The wound to the horse’s head resembled a gunshot wound thus leading investigators to believe initially the horse had been shot and killed.

“However, after investigation it was revealed that the horse suffered a depressed skull fracture from a blunt object. A thorough investigation that included a complete scene investigation, interviews, and a necropsy of the deceased horse revealed the following. Investigation reveals that most likely the horse had his head at the ground grazing and was kicked in the head by another shod horse causing the death of the Toby.

“The cause of death of the horse is determined to have resulted from blunt force trauma to the head. Manner of death is accidental.”

Lauren Eckardt commented, “Although there was never going to be a ‘good’ answer, I think we are all relieved to know that there isn’t an immediate threat to the community!”

To honor Toby, the family has asked the community to join them in raising money for the horse rescue, Save The Horses, in Canton, GA. They have pledged to match the first $10,000 in donations. You can contribute at www.ridefortoby.org.