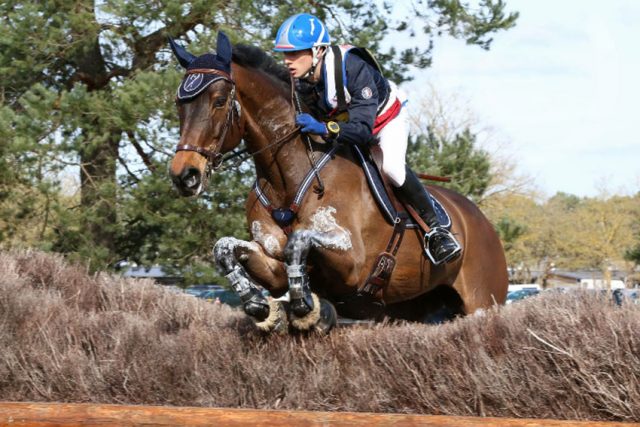 We are heartbroken to report that 29-year-old Maxime Debost died in a fatal accident on cross country today while competing in the CCI* at Châteaubriant Horse Trials in France. Maxime and Qurt de Montplaisir had a rotational fall at fence 11 on course, and the medical team was unable to revive him at the scene. The horse was uninjured in the fall.

“This is a really tragic accident and I know I speak on behalf of everyone in the equestrian community in expressing our grief at this terrible news about Maxime Debost,” FEI Secretary General Sabrina Ibáñez said. “Maxime was a very experienced rider who had been competing internationally for the past 12 years and his loss will affect so many people in our community.

“On behalf of the FEI and everyone in the global eventing family, I extend our sincere condolences to Maxime’s family and his many friends in the sport, and to the French Equestrian Federation. We are working tirelessly to minimize the risk factors in our sport, particularly in eventing, and today’s accident brings home just how important this work is.”

Maxime and Qurt de Montplaisir, a 13-year-old Selle Francais gelding owned by Chantal Gardette, had competed through the CCI3* level together, completing the Boekelo CCIO3* in 2016 and finishing in ninth place last month in the CICO3* at Le Pin au Haras.

Maxime is survived by his partner, Marie Gouëllo, and their young son, Raphaël. Maxime ran Ecurie MDG, a thriving teaching, training and sales yard, in Rambouillet alongside Marie. He was an extremely well respected horseman in France and the greater equestrian community.

There are no words to convey our deep sorrow at this terrible loss. Our thoughts and prayers are with Maxime’s family and friends in this tragic time.