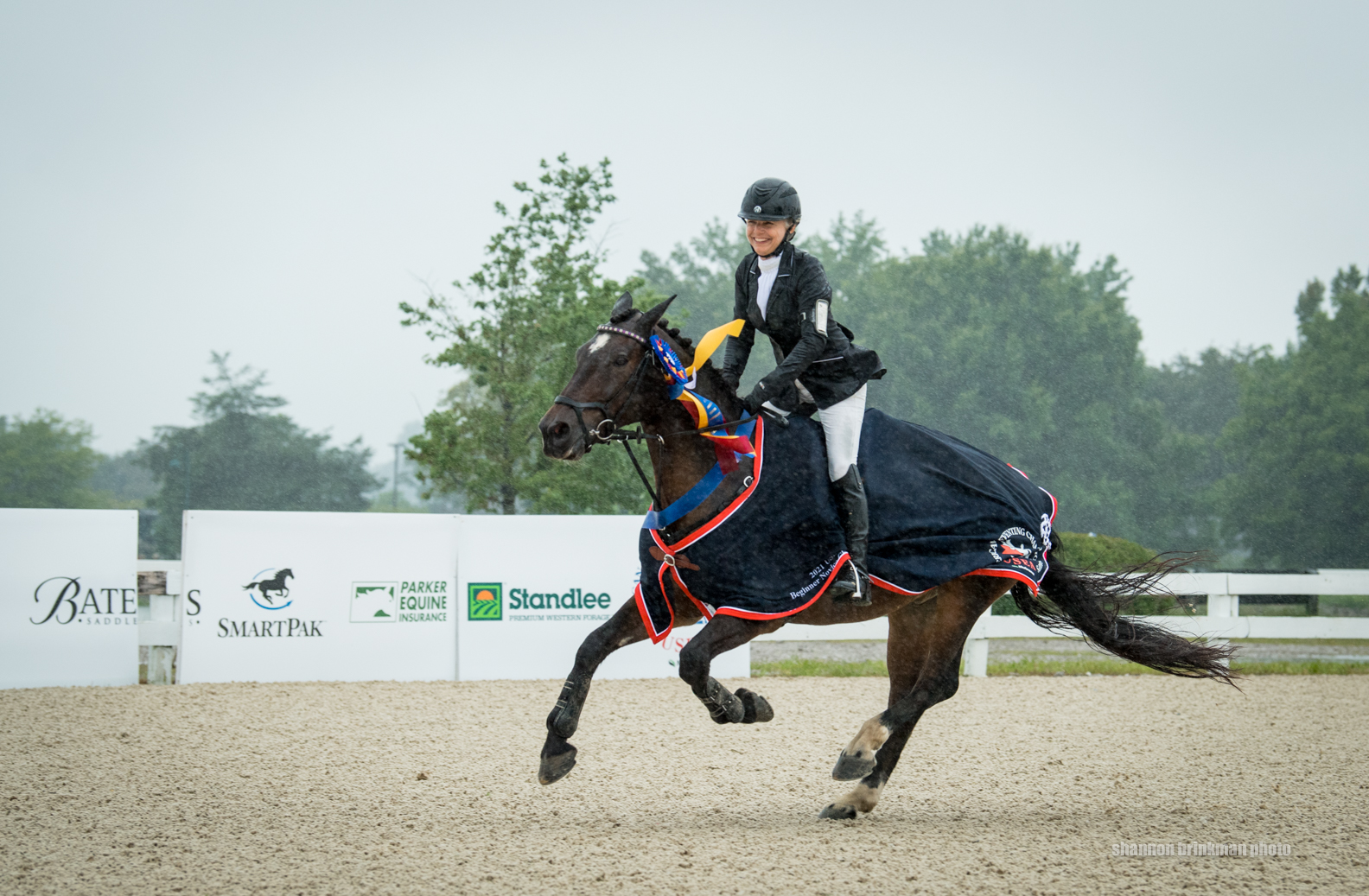 The AEC Beginner Novice Master Amateur division has been putting a little tear in our eye all weekend with inspiring and emotional stories that represent the heart and soul of our sport. Each competitor worked hard to get here, tactfully played the cards they drew, and will be able to look back on the championship event with a well-earned sense of pride.

The score board’s contents got dumped into the blender on Sunday, as show jumping catapulted some combinations up and others down. A few fewer than half the division turned in a double-clear round and were justly rewarded. Our winner, Gerlinde Beckers and her own Roscommon Fagan, jumped from 5th to 4th to 1st over the course of the weekend. Area VII adult rider Michelle Cameron Donaldson and Danny Boy, the 20-year-old big red draft cross that captured all our hearts, did a 7-5-2 climb, and Stephen Fulton and DB Cooper sailed to a double-clear third place finish. 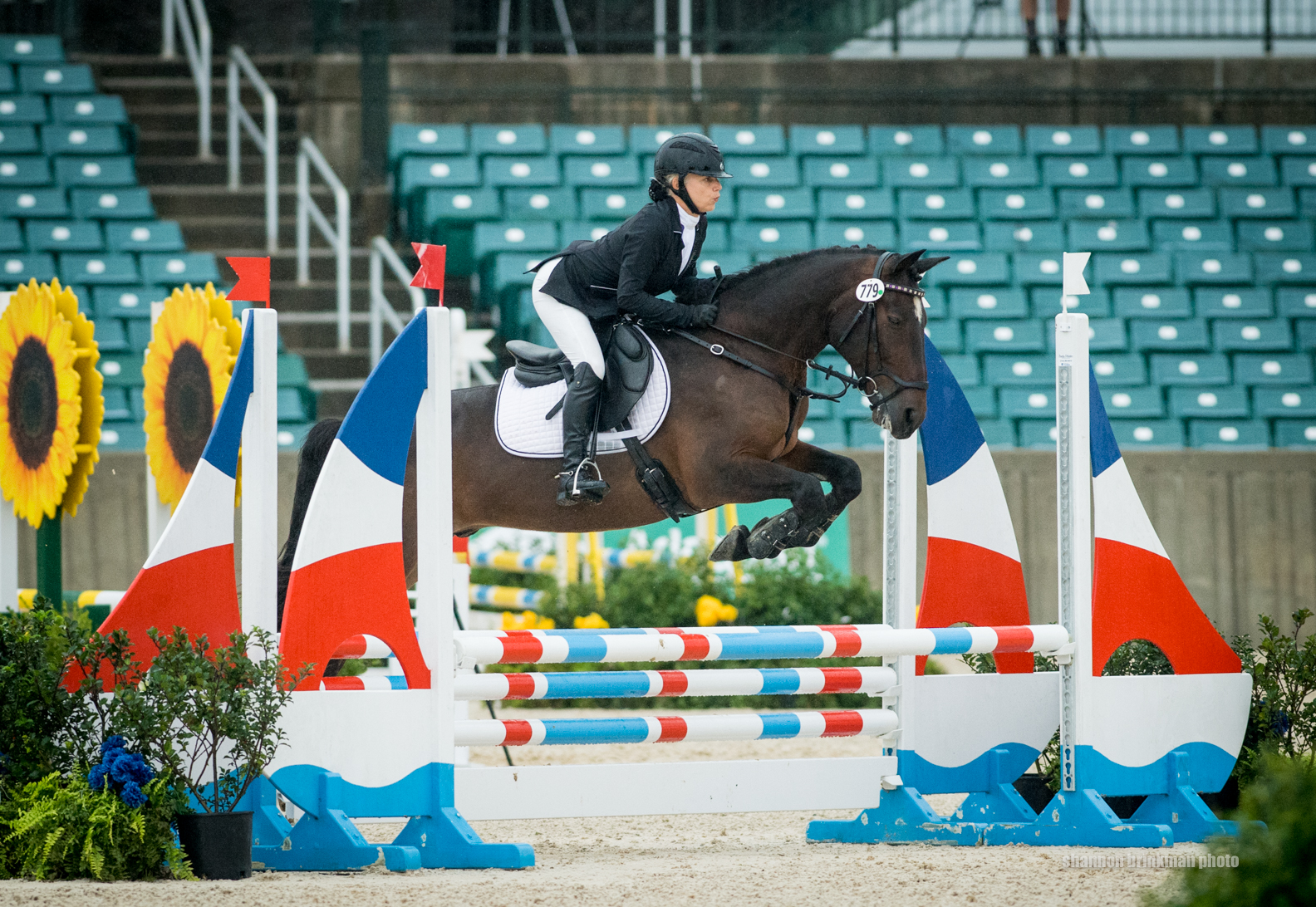 Show jumping isn’t typically the strongest phase for Gerlinde and her 17-year-old Connemara gelding (Balius Malachi x Lasrachai’s Blue Oak Dunlaith), but Roscommon Fagan pulled out the stops to post a clear round at the AEC and win on a final score of 28.5.

“I always have a rail, so I just figured it was coming. I am fairly new to the sport of cross country and frankly jumping terrifies me,” laughed the primarily FEI dressage rider. “When I acquired this gelding, his breeder gave him to me because she wanted him to have a good forever home, and I didn’t want him at the time but I am honestly so grateful because he has given me so much confidence and made this fun for me.”

The trek to AEC was not one Gerlinde was even sure was possible until the middle of the week. Her private farm in Independence, Louisiana was one of many affected by hurricane Ida and she refused to leave before the storm had passed. 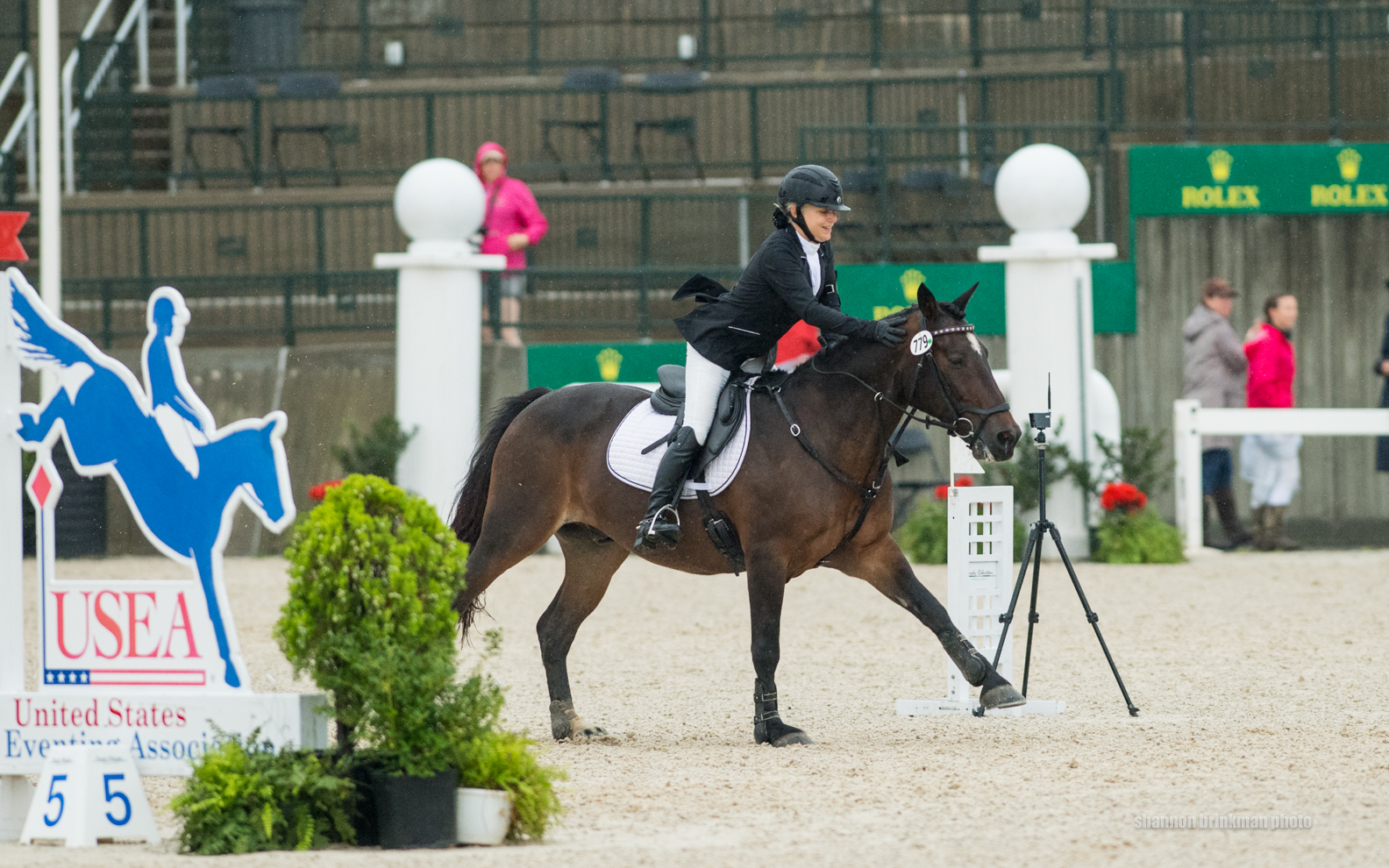 “It wasn’t until Wednesday morning that I even decided to make the trip because I had to see if the roads would be clear enough to get a horse trailer through,” she explained. “My husband is still at home doing things like filling generators and keeping the farm operating and my daughters ended up coming with me to help here so I am really just so grateful to everyone who made it possible to even get here.”

The day was doubly special for Gerlinde whose daughter, Kalie Beckers had just received the third-place honors in the Beginner Novice Horse division with her self-produced mare Calla GBF.

“My daughter competed in Young Riders for many years so I have walked her down the ramp to the Rolex Stadium many times; for her to be the one walking me down that ramp was incredibly special,” she said tearfully. 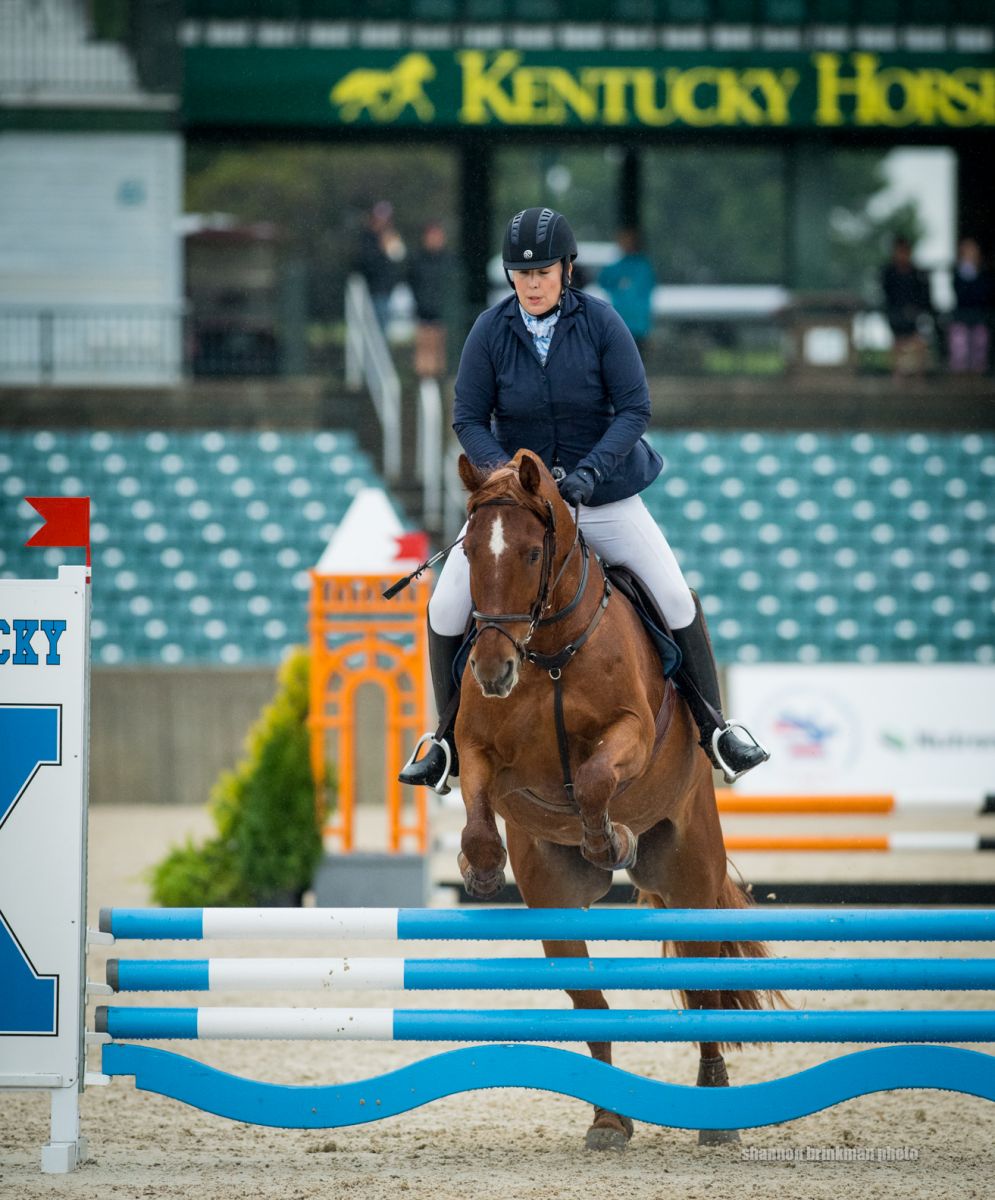 An emotional victory was also had by Livingston, Montana resident Michelle Cameron Donaldson and her 20-year-old Percheron gelding Danny Boy. Cameron Donaldson sat tied for fifth place but she and her long-time partner pulled off a storybook finish to overtake the reserve position on 29.9. The gelding gave the performance of his life for what Cameron Donaldson says was one of his last events; according to her, Danny Boy is Kentucky-bred and she felt it would be poetic for his final few performances before retirement to be held at the iconic venue. Cameron Donaldson had a late start to her riding career, only picking up the sport in 2011 and spending a portion of her time in the hunter/jumper discipline before switching to eventing.

“I had wanted to event for a while but there were certain aspects of it that made me think I would never be able to,” she said. “One day a very good friend of mine pulled me aside and said to me ‘you are good enough to do, now go find yourself a horse’ and so I began looking.

“I only rode Danny for about 20 minutes and I just knew he was the one,” she recalled. “I have been so blessed with the best partner and team around me; I am just so grateful to everyone that has been part of this journey and encouraged me to keep going even on days I wasn’t sure I could do it.” 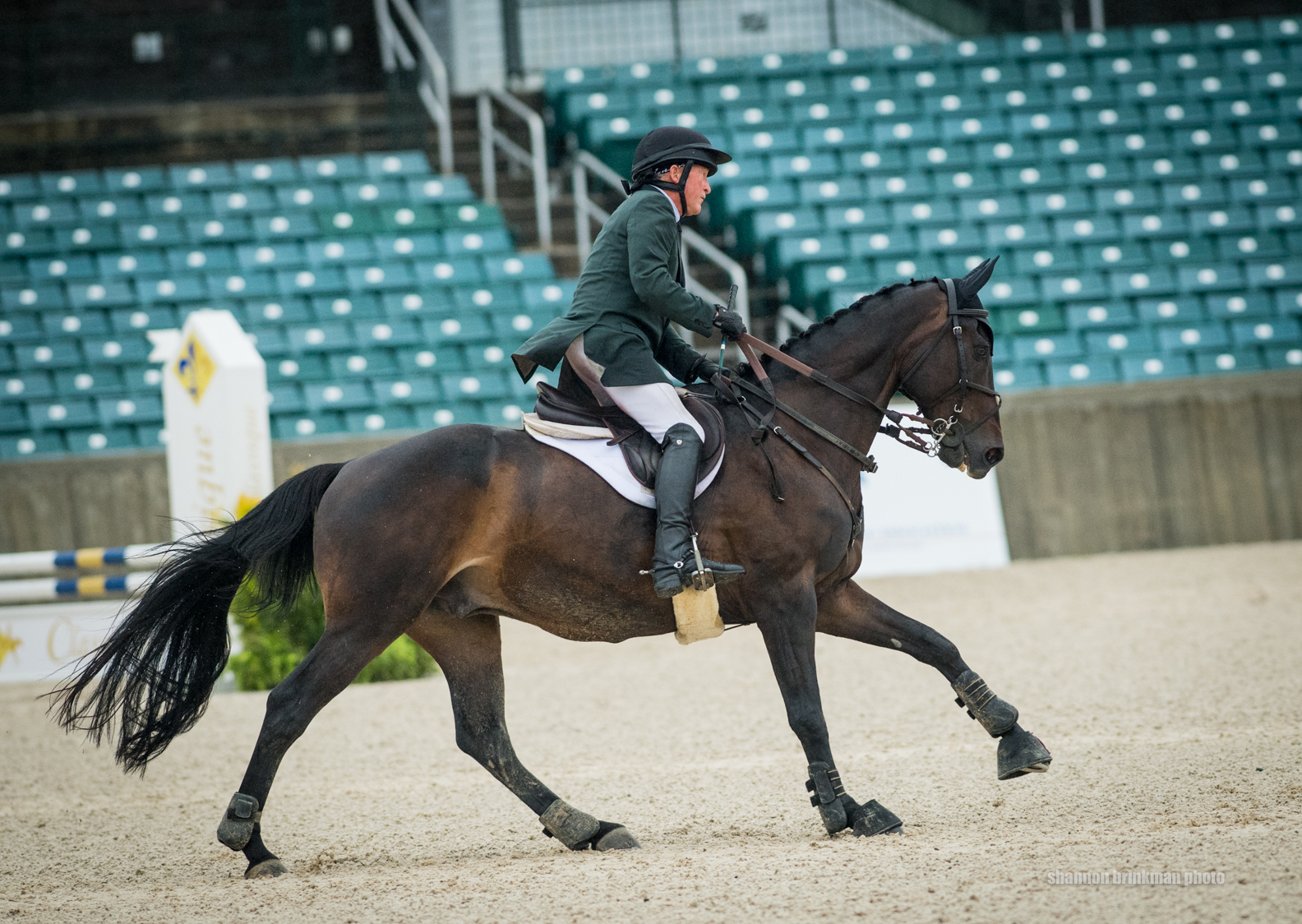 Stephen Fulton of Full Moon Farm based in Finksburg, Maryland rounded out the top three with his own 15-year-old Holsteiner gelding DB Cooper. The pair skyrocketed from seventh to third place in the final few moments of the division as they crossed the timers without penalty to end with their dressage score of 30.0.

Stephen, originally a jumper rider in his earlier years, switched to the eventing track when he met his wife who was already competing in the sport at the time and now functions as the farm’s trainer.

“I have been competing in this discipline now for about 35 years, and my wife also competes, and my daughters ride so it’s really wonderful to be able to enjoy the sport as a family,” he said. “We have been to the AEC about 10 times at least and we just love it. To be a part of this event at Kentucky Horse Park has been so cool, I have always said that one day I wanted to ride in the stadium and see my name on that giant Rolex billboard and now that vision has come true.” 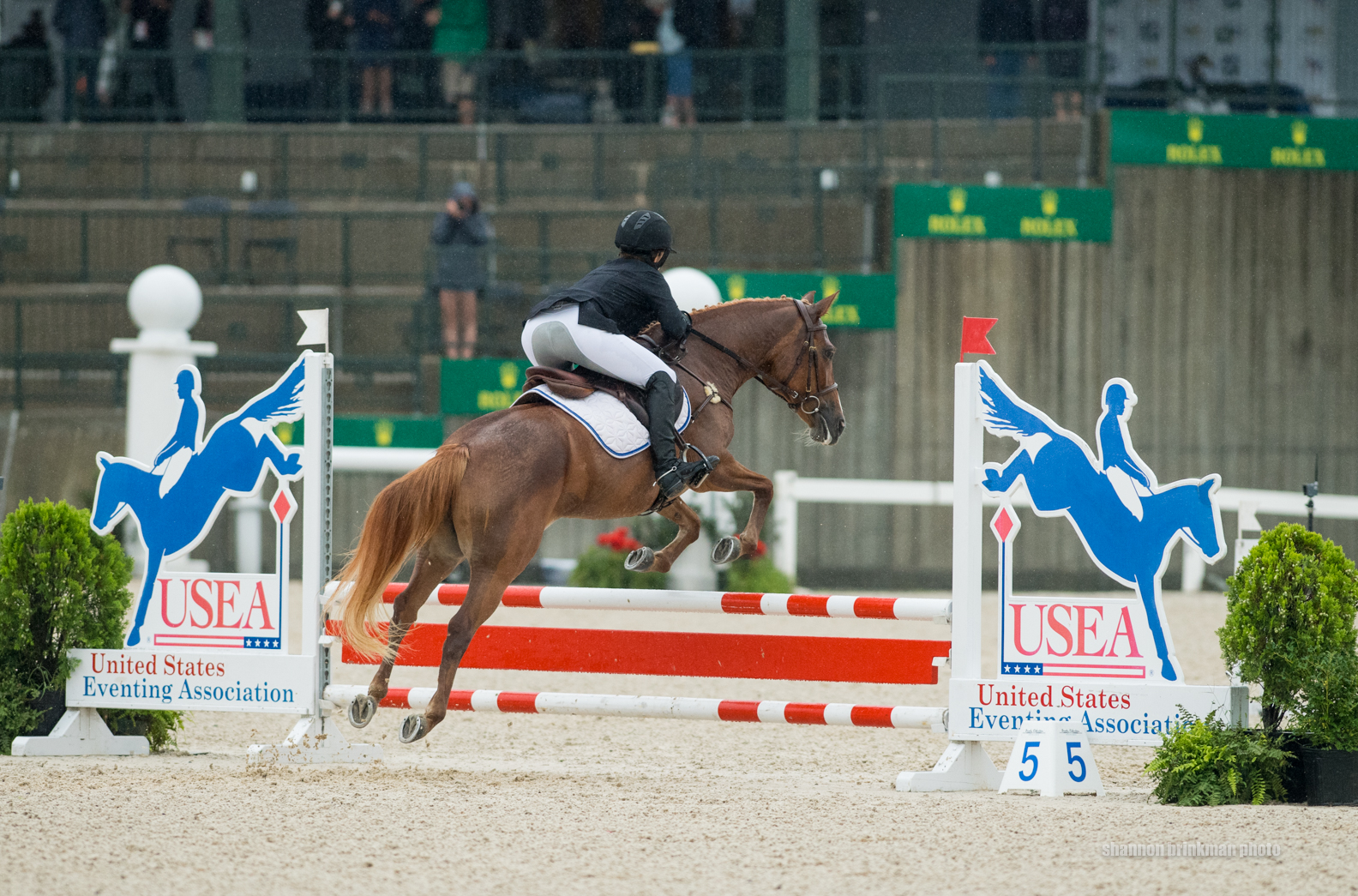 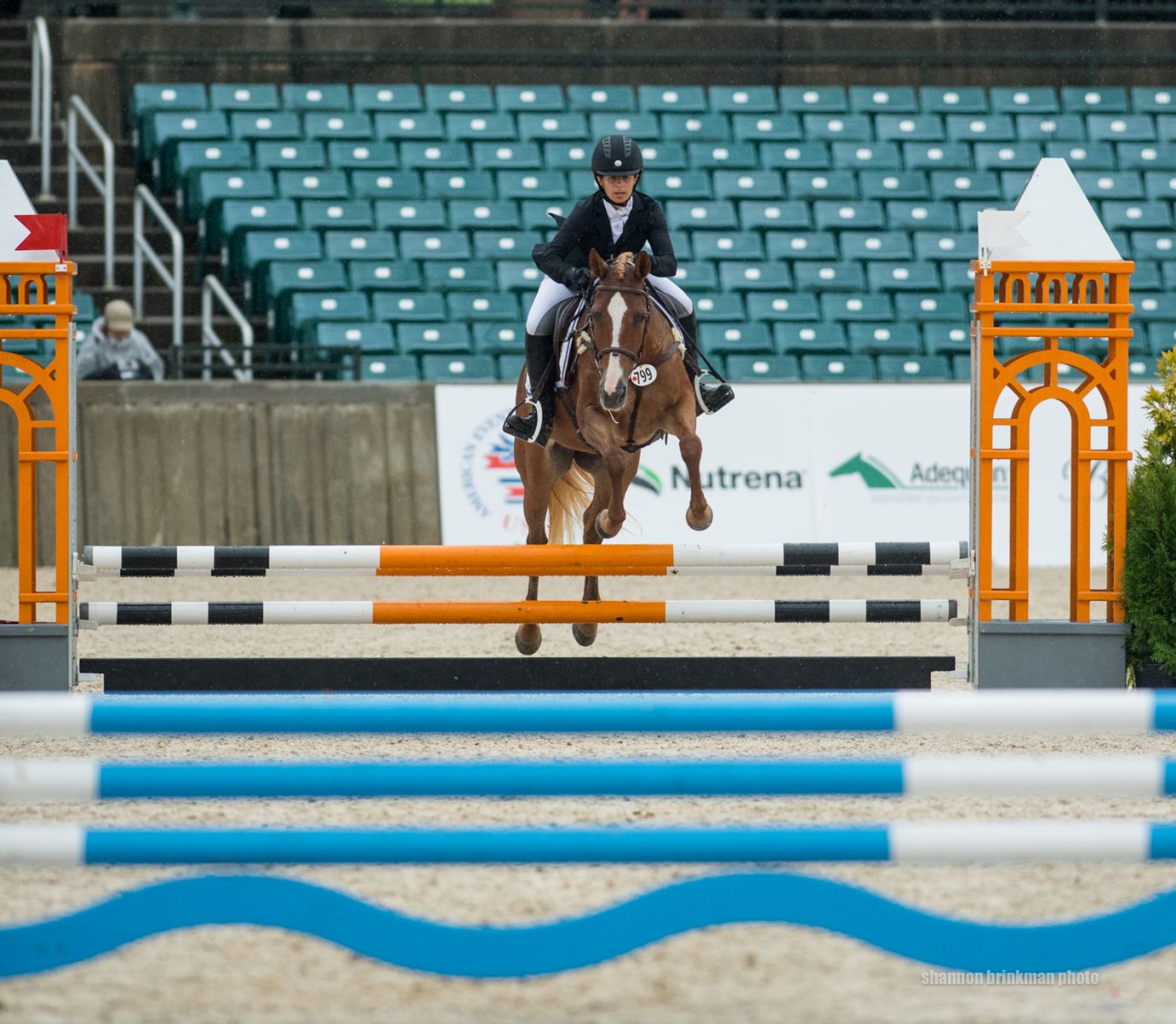 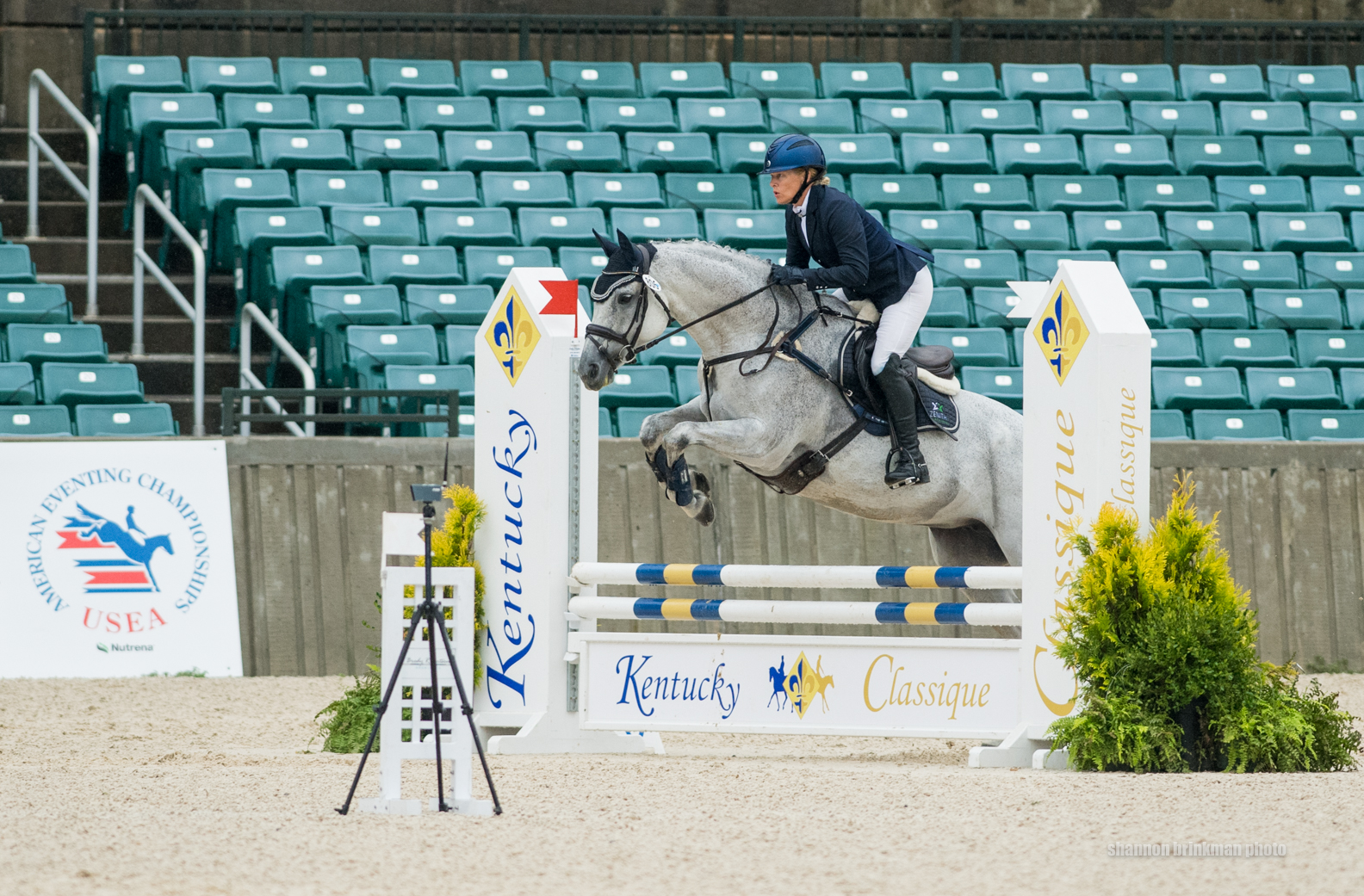 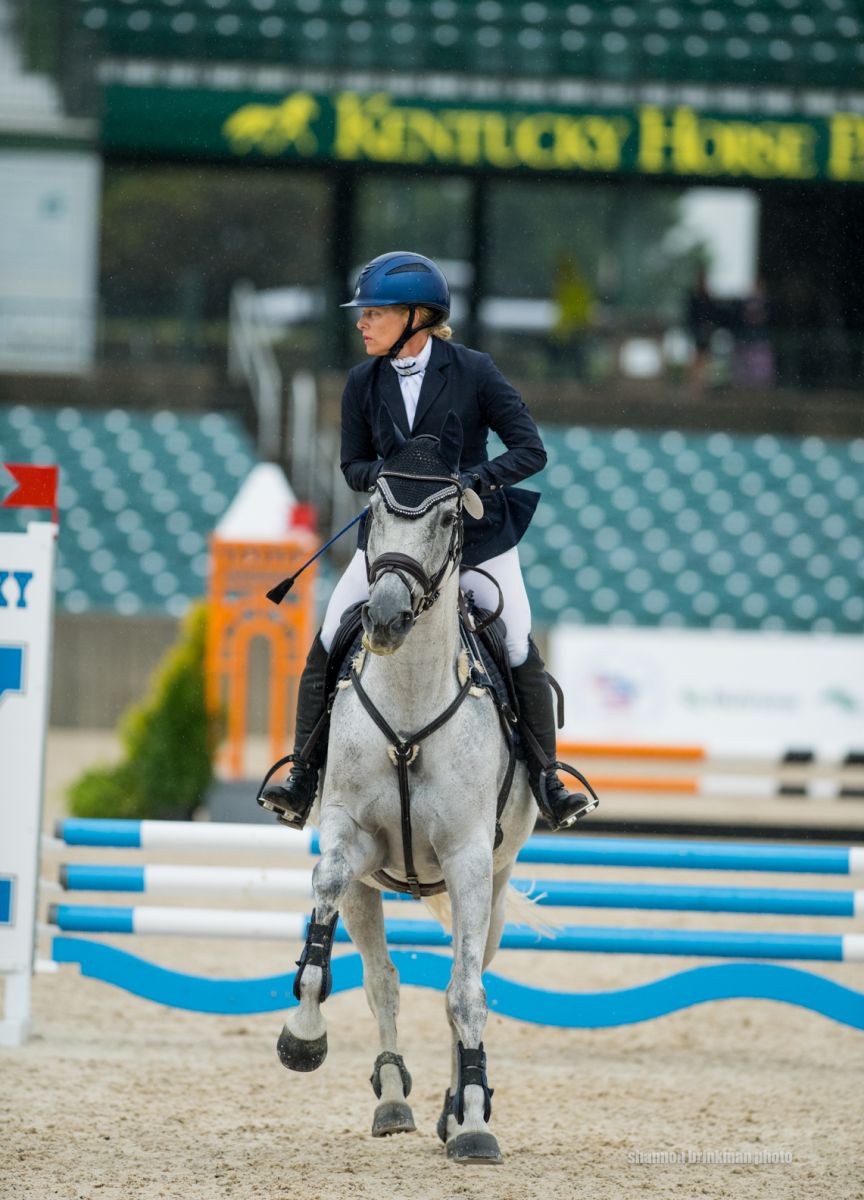 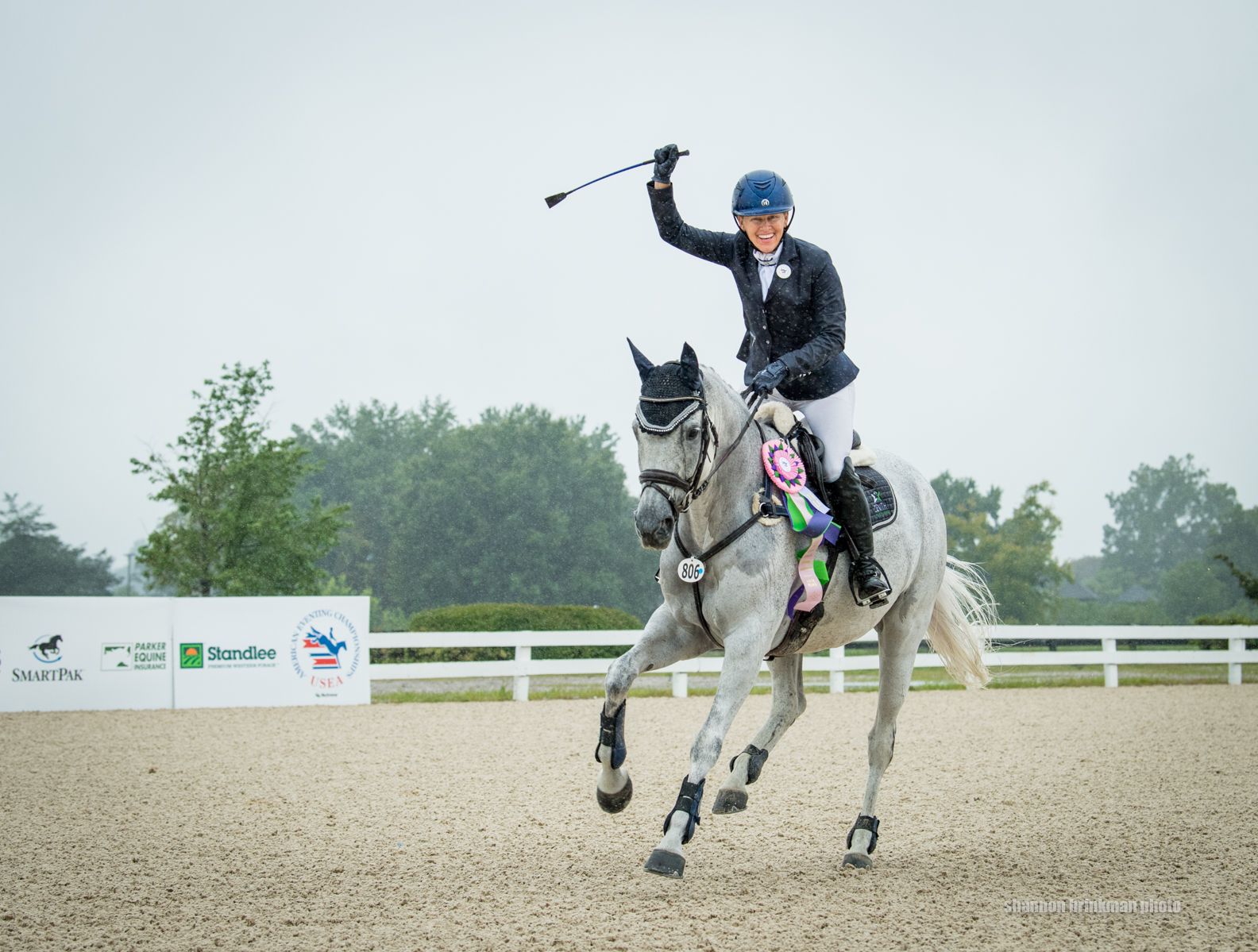 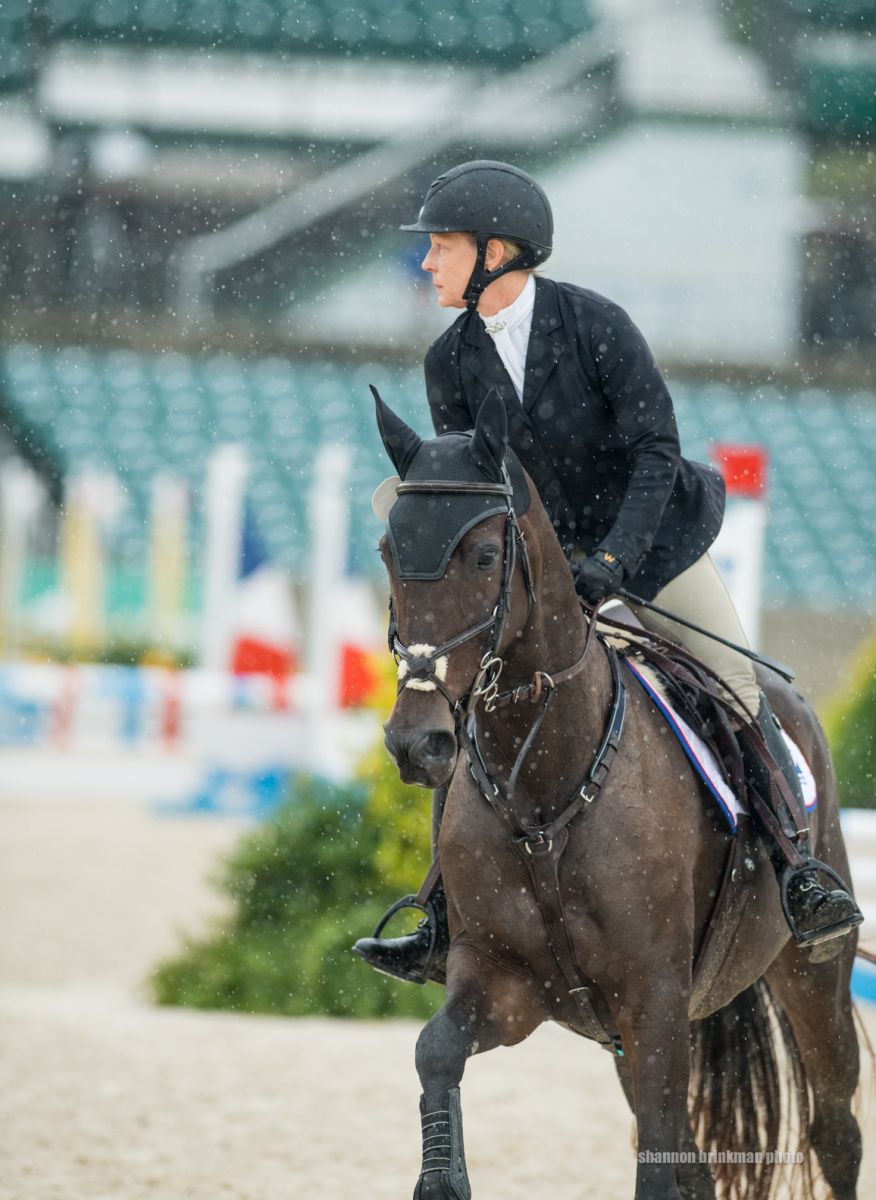 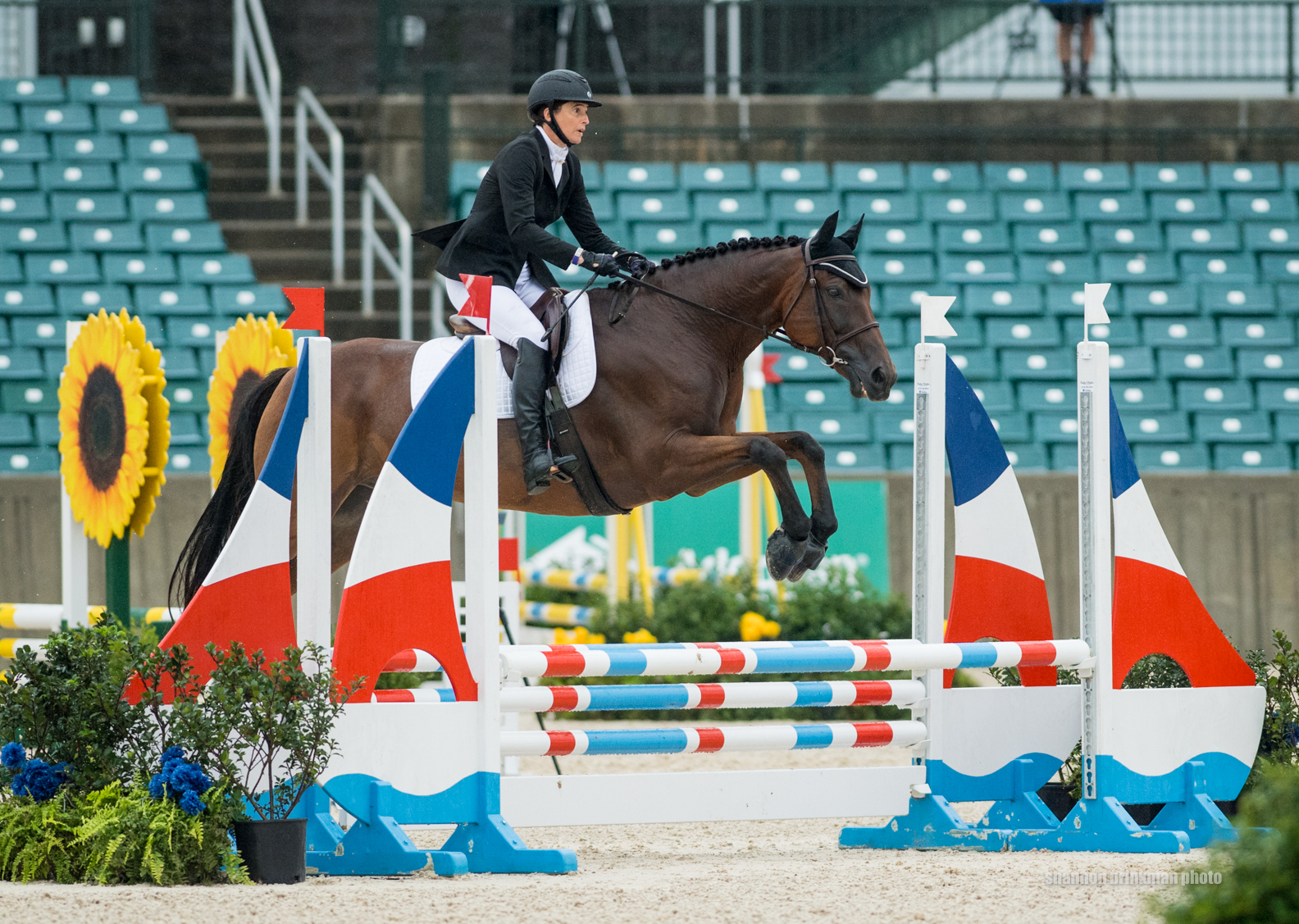 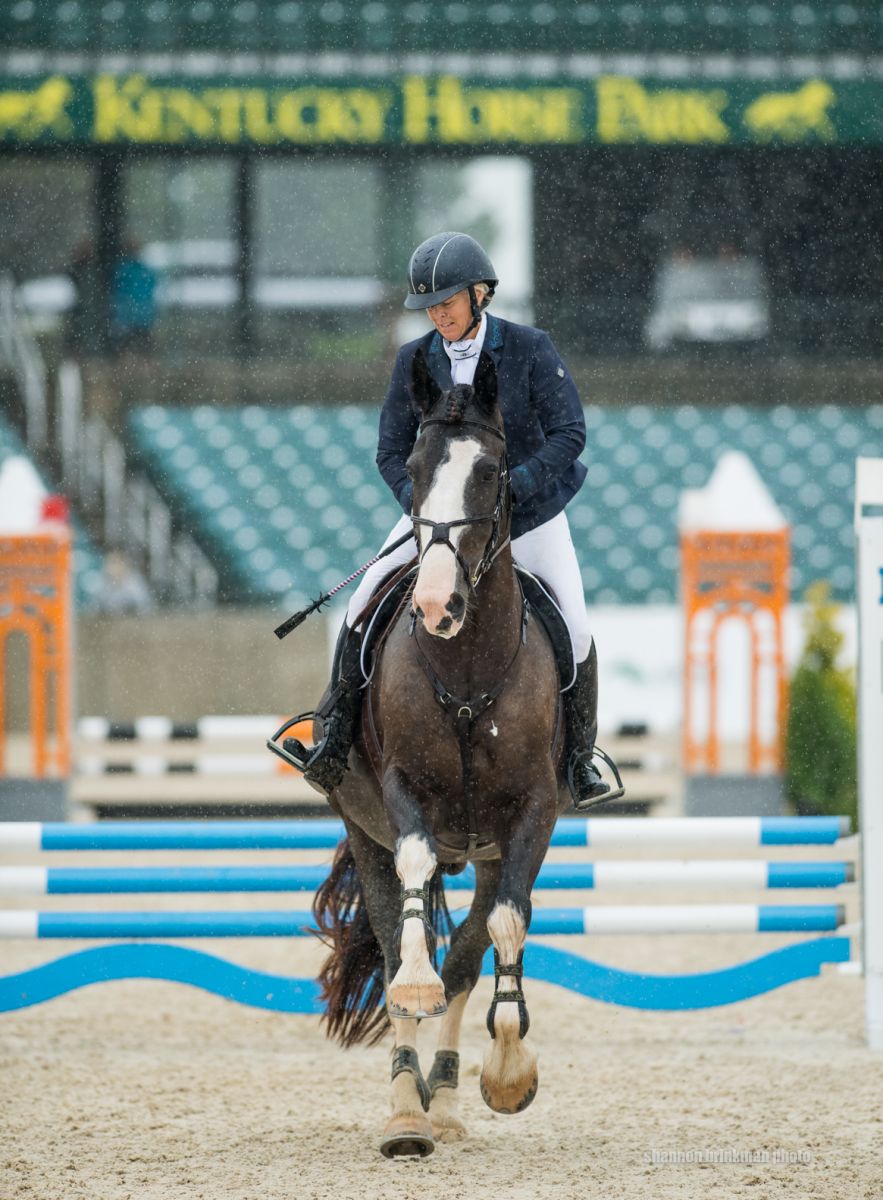 Massive congrats to all! 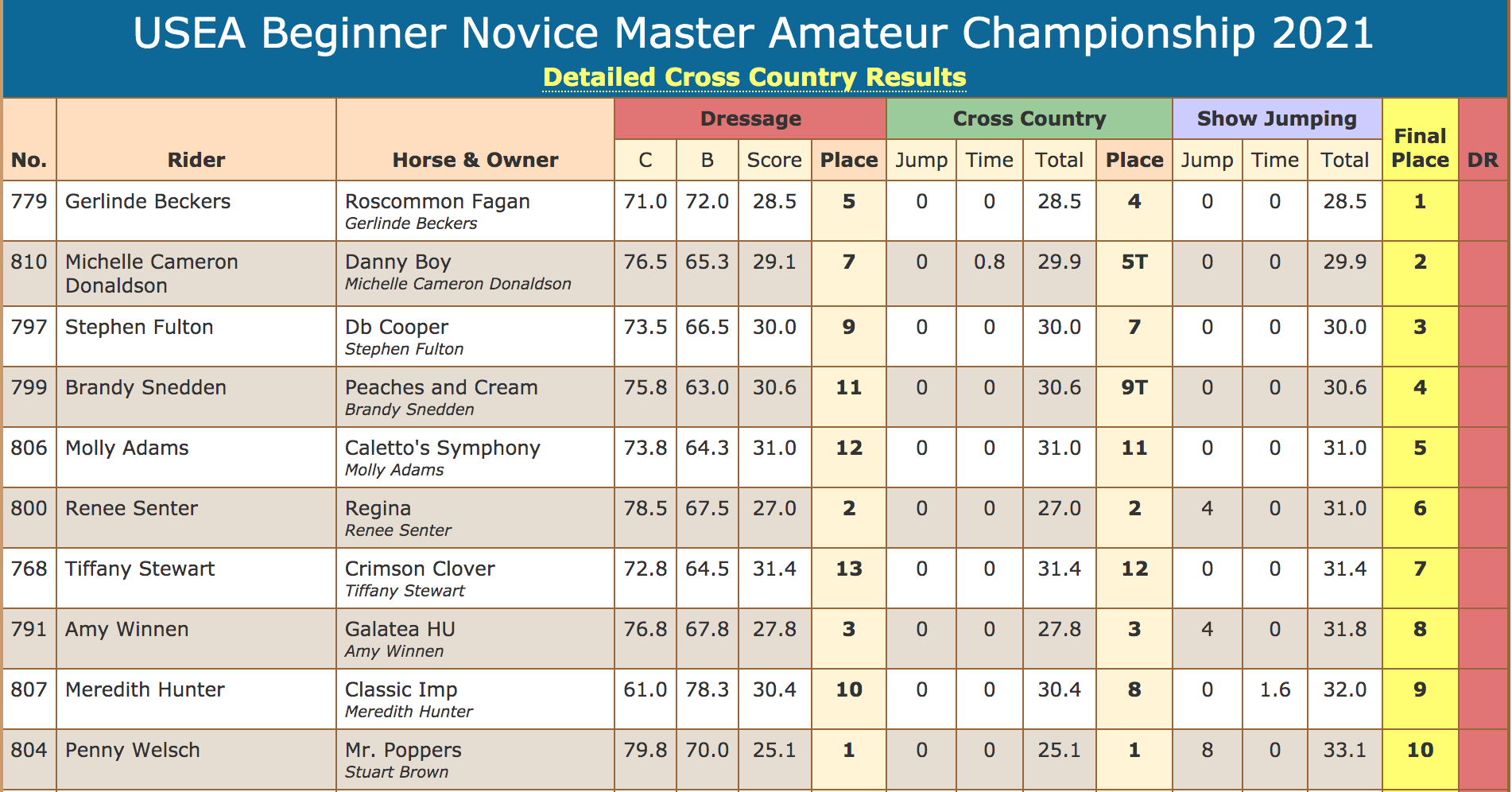